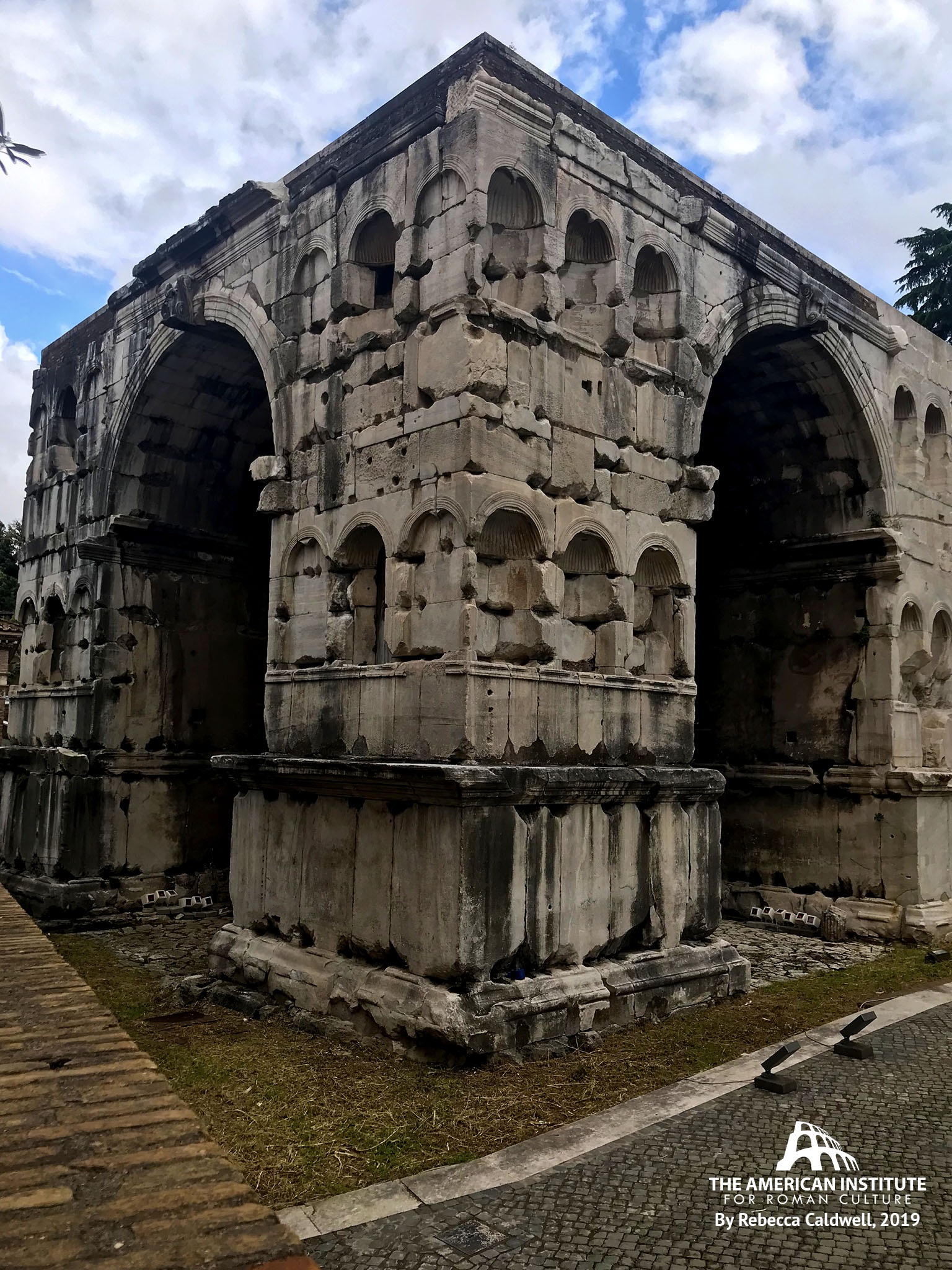 The arch is one of the most quintessential features of Roman architecture.  It appears in aqueduct arcades, bridges, and many monumental structures like free-standing amphitheaters, stadiums, etc. Although the Romans didn’t create the arch, they certainly perfected its use in their constructions.  Possibly the Romans were first exposed to the arch by the Etruscans (as indicated by the early archaeological record).

The celebratory “triumphal” arch in Rome was a stand-alone monument that followed the role of the stand-alone column that elevated a statue of an individual over others for his achievements, as noted by Pliny the Elder (HN 334.27).  The arcus or fornix as a celebratory monument was first mentioned in 196 BC (Livy 33.27.4) , Scipio Africanus’ arch in 190 BC on the Capitoline (Livy 37.3.7), and Fabius’ fornix in the forum in 120 BC. These monuments were commemorative or triumphal in their purpose in the last two centuries of the Republic and throughout the imperial period . In Rome today the most impressive triumphal arches that remain visible are the Arches of Titus, Septimius Severus, and Constantine. Such commemorative arches are found throughout the Roman empire.

Where are the arches of Rome?