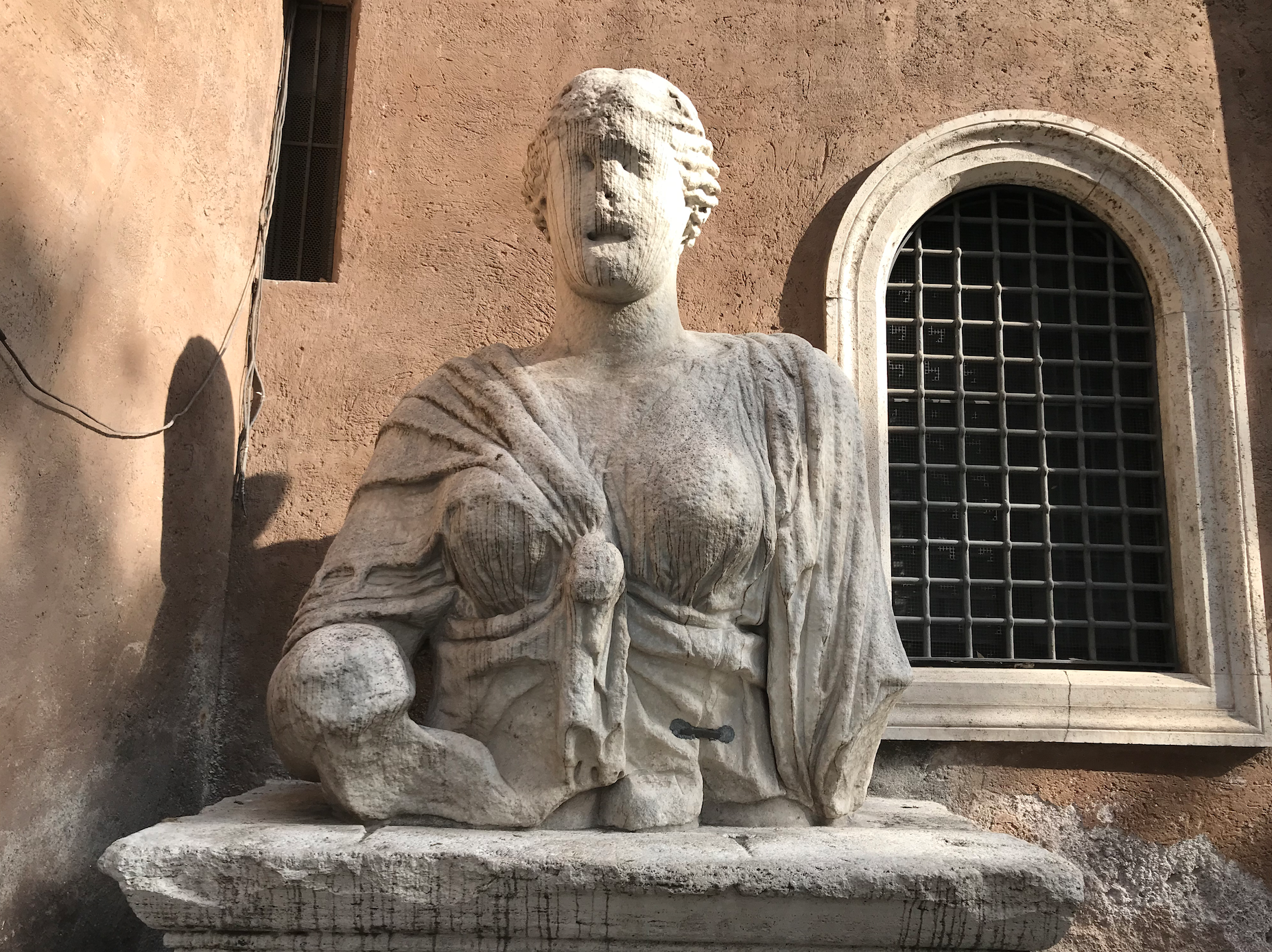 This colossal statue, identified as Isis by the knot of clothing between her breasts, is one of Rome’s five “talking” statues.

Originally statue has been interpreted as belonging to the monumental the Iseum of the Campus Martius, possibly as a cult statue. She and four other statues were later set up in the city in public spaces and by the 16C were “Pasquinos” pronouncing in attached written satires and poems “pasquinades” lampooning the papal government. Anonymity gave the author the opportunity to post funny, vicious statements without fear of reprisal. Madama Lucrezia, whose bust stands almost 3 meters high in the Piazza of S. Marco, is the only female statue of the five “talking” statues. 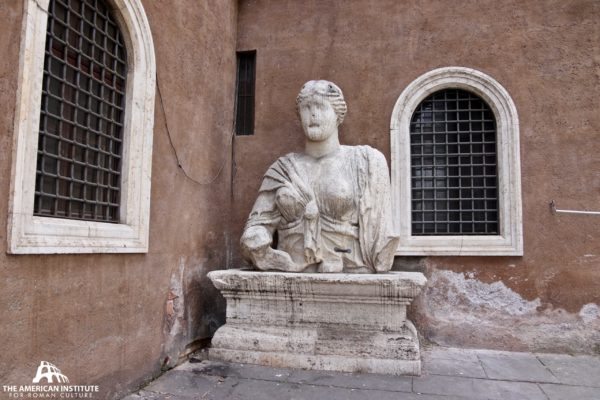 Where in Rome is Madame Lucrezia?