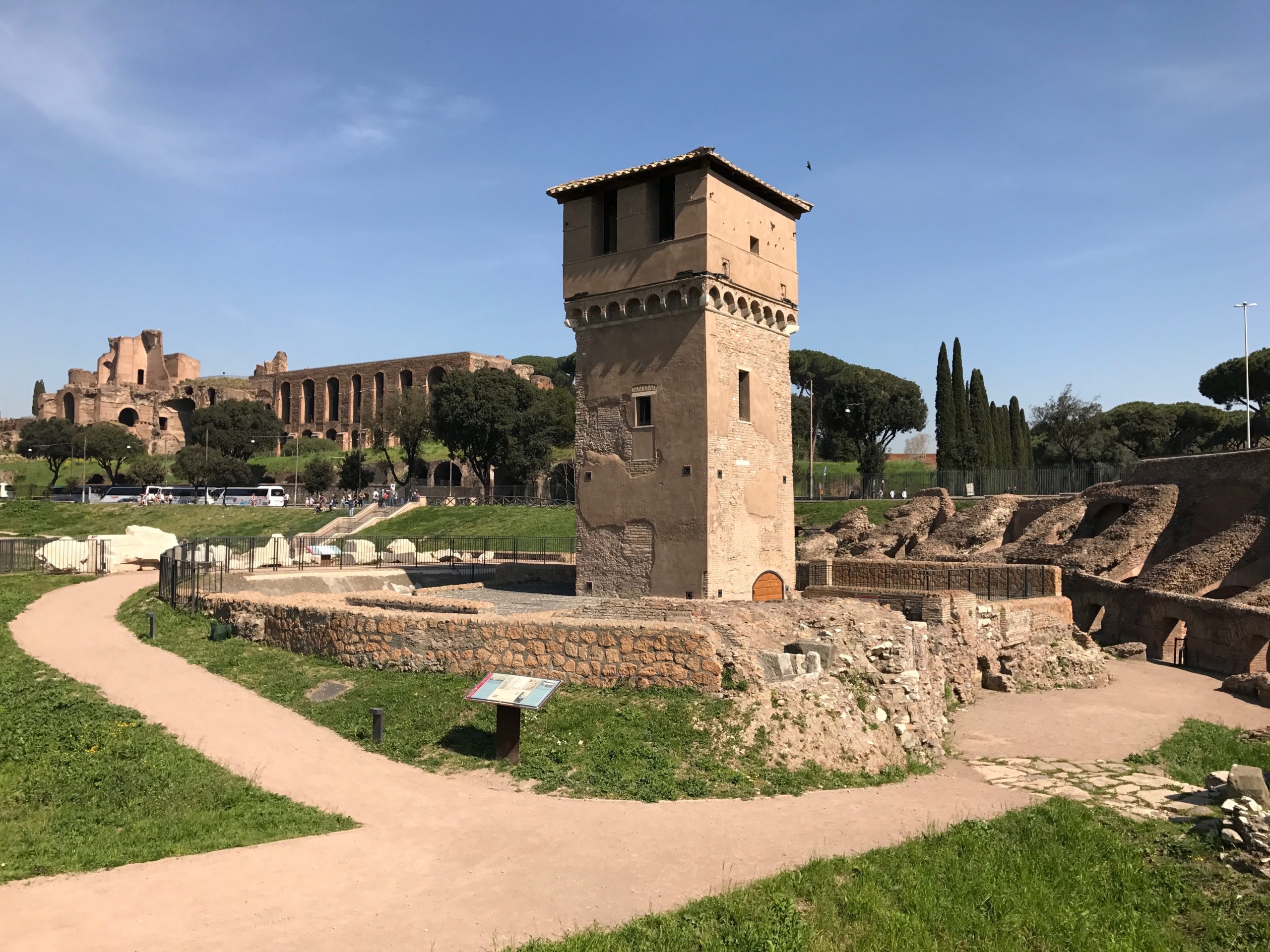 Circus Maximus. The ultimate venue in Rome, held 200-250,000 spectators for chariot racing, hunts, and triumphal processions. The site is newly open to the public on weekends. Recent excavations revealed the remains of the massive marble arch of Titus, the brick and concrete structures dating to Trajan, and many particular medieval (and later) period features of reuse of the area, especially for gardens and orchards. Great history beautifully presented. Part of my #discoverMiC project with @museiincomuneroma Enjoy! #meetrome #recycledhistory #saverome

The Circus Maximus was the largest entertainment venue in Rome and the ancient world.  In the imperial period it held up to 150,000 spectators (a conservative estimate) for chariot racing and hunts (venationes).  For a space that was equivalent to modern NASCAR and other racing venues, it is hard to envision the former magnificence of the site, last built by Trajan. The circus remained in use until the sixth century CE. Afterward, it fell into disuse as a sporting venue and was stripped of the marble veneer, and so much of the structure was dismantled or felt apart, to be covered over with debris and dirt.  It became an area for agricultural use, ultimately defined by the twelfth century medieval fortification, Torre della Moletta.  In the nineteenth century, the area covering the circus track and seating was cleared out to accommodate a Gasometer, warehouses, and neighborhood apartment buildings.  By 1900, the area was again cleared for the creation of an archaeological park.  In the 1930s, the southeastern end was partially excavated, revealing the lower tiers of the seating.

The most recent excavations in the 2000s focused on rendering the site accessible, completing the dig, restoration, and new ramps in 2016. Still, new information was revealed in every corner; core sampling has confirmed that the visible ground level of the ancient site is still five meters above the level of the race track!  Today, when you enter, the site visit begins with a large panoramic terrace.  At the entrance, one can rent a VR device for the “Circus Maximus Experience” that provides virtual reconstructions of the race track and seating.

A visit today is fantastic; you can finally visit the the largest entertainment venue of ancient Rome, and you can explore the structure, seating, and medieval remains. As you descend into the site, you come across the only substantial marble remains, the Arch of Titus (not to be confused with the one on the Velia hill) through which the imperial triumphs passed.  Today, you can also ascend the adjacent medieval tower. Exploring the brick-faced Trajanic-era seating, you can walk up one level, to get a sense of how massive it once was. You can also descend down to street level, lined with shops (tabernae), and a travertine fountain of late Antiquity inserted into the street.  Wander around the spaces, and you will even come across what have been identified as a travertine urinal.  Other row upon row of travertine panels have been lined up, some of the preserved bleacher seats for the spectators of the Circus Maximus!

Where in Rome is the Circus Maximus Archaeological Site?

Created by The American Institute of Roman Culture, published on 04/03/2020 under the following license: Creative Commons: Attribution-NonCommercial-ShareAlike. This license lets others remix, tweak, and build upon this content non-commercially, as long as they credit the author and license their new creations under the identical terms. Please note that content linked from this page may have different licensing terms.