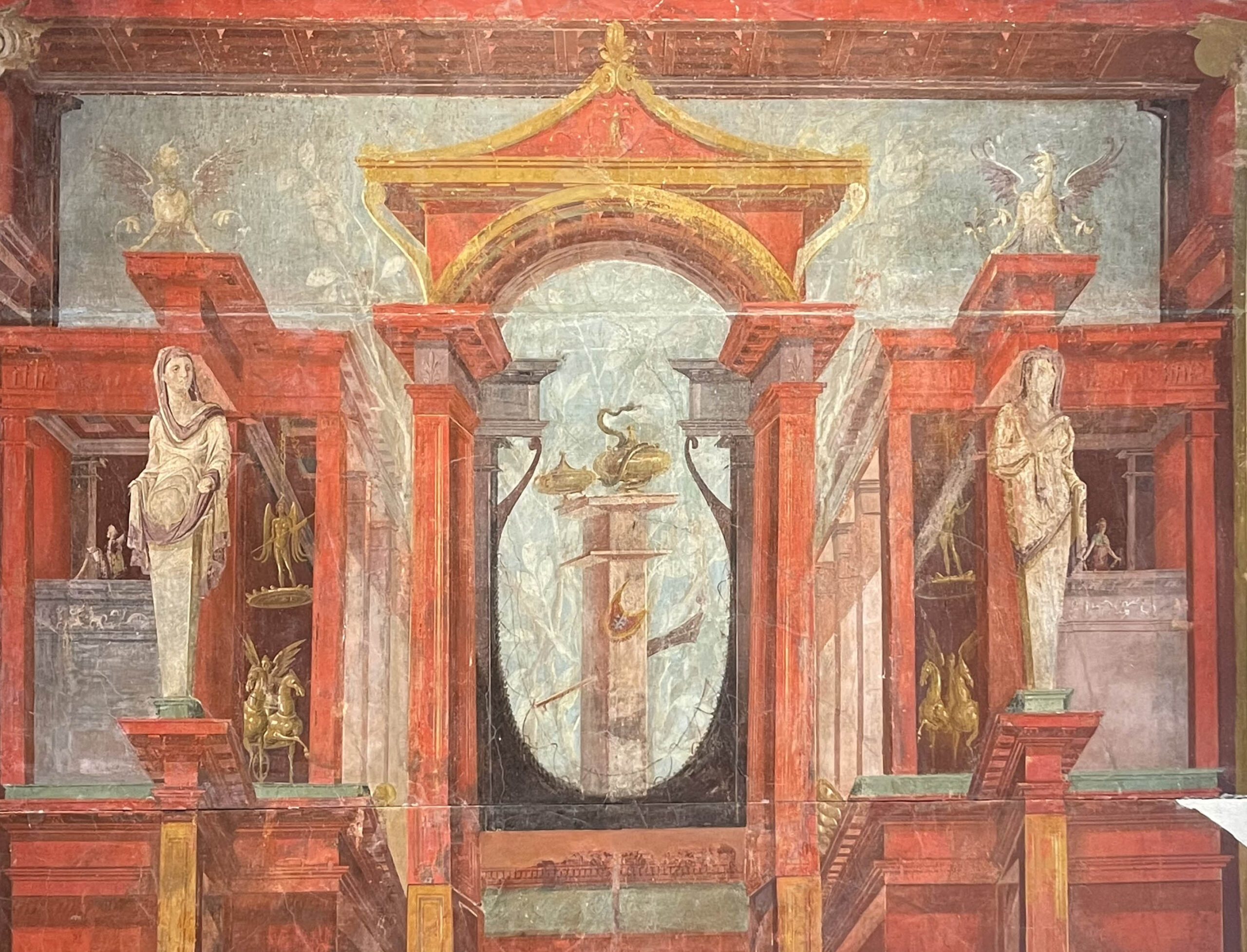 Dating Pompeii I: The Literary Evidence

This is the first of a two-part series on the dating of the eruption of Mt. Vesuvius that buried Pompeii and Herculaneum. This post focuses on the literary evidence.

While we possess a truly exceptional source – a letter from an eye-witness that seems to provide an exact date – there are nevertheless some problems that have left scholars with uncertainty.

The second post in this series will look at the material evidence.

The date for the eruption of Vesuvius that buried Pompeii has traditionally been given as August 24th, 79 CE. This is based on the eye-witness account of the event given by Pliny the Younger in a letter to the historian Tacitus (letter 6.16 in the collection). This would seem to be a fortunately straightforward and reliable date, but in actuality different manuscripts of Pliny’s Letters provide different dates that range from August 23rd to November 23rd. What other evidence do we have? 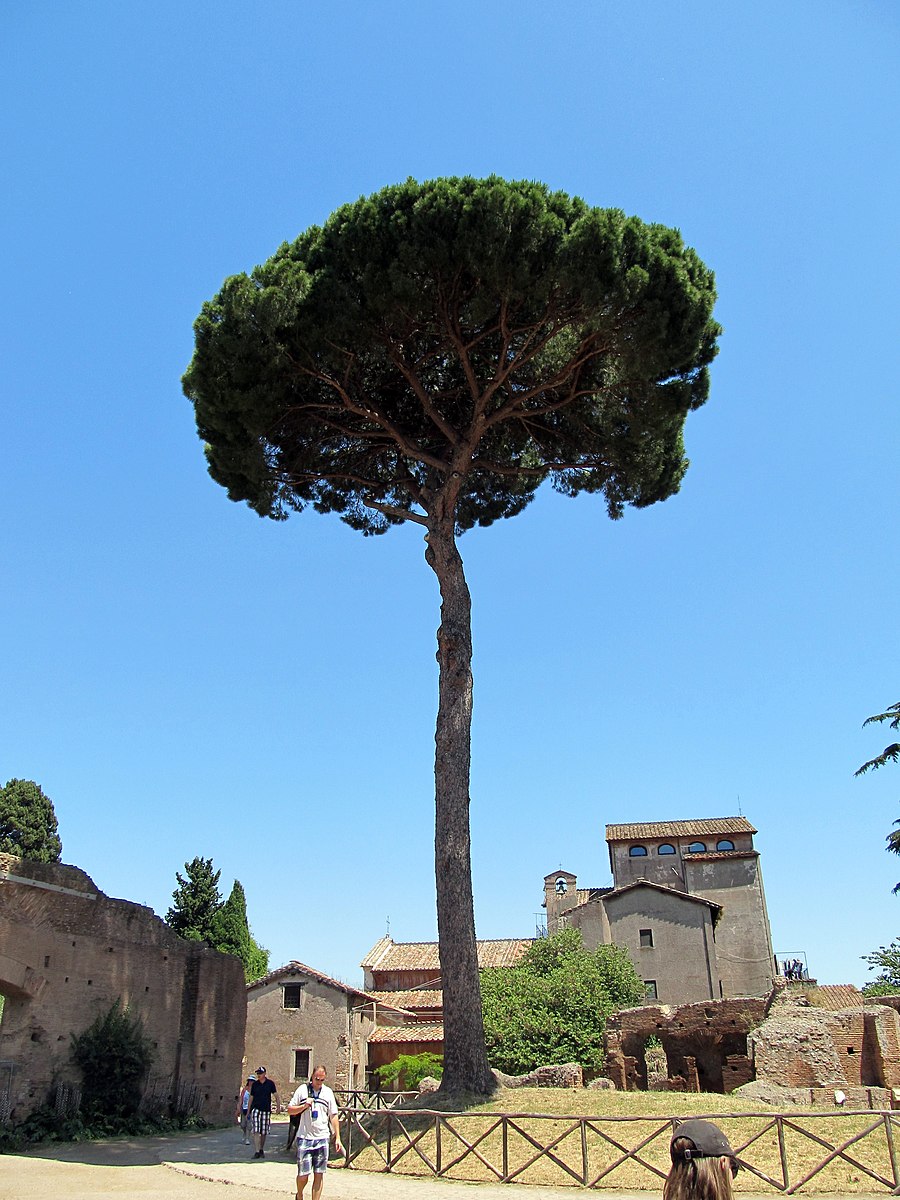 Pliny wrote that the eruption cloud of Vesuvius was similar in shape to an umbrella pine tree. Photo via WikiCommons.

No other ancient source is as specific about the date of the eruption as Pliny’s letter is. Tacitus, the recipient of Pliny’s letter, referenced the eruption in the sweeping overview of events at the beginning of his Histories (1.2), but the portion of the work that would have dealt with it in detail is lost. Other authors, Josephus and Suetonius, mention the eruption in connection with the reign of Titus (June of 79-81 CE). Josephus promises to write about the eruption in connection with two of its victims, the grandson of Herod Agrippa (also named Agrippa) and his wife, saying that it happened “during the time of Titus Caesar,” (Antiquities of the Jews 20.144) though the more detailed account is also now lost. Suetonius mentions the eruption in a catalogue of disasters (The Deified Titus 8.3- 4) that occurred during the reign of Titus, alongside the fire in Rome in 80 CE and a plague.

There are also several mentions of the eruption of Vesuvius from poets who were alive at the time of the event, but none are particularly helpful about its precise date. Martial (Eprigrams 4.44) mentions the burying of the region in ash. Others inserted scenes from the disaster into poems about different periods. Valerius Flaccus (Argonautica 4.507-9) includes mention of Vesuvius’ eruption as a simile in his epic poem on Jason and the Argonauts, and Silius Italicus (Punica 8.653-55) uses the eruption from 79 CE as a model for a fictional eruption in 216 BCE that preceded the Battle of Cannae. Of more interest is Statius, who was a native of nearby Naples. He mentions the eruption of Vesuvius with some frequency in his Silvae (3.5.72-5; 4.4.78-85; 4.8.3-5; 5.3.205-8). Some later authors mentioned the eruption on philosophical and religious grounds. The Emperor Marcus Aurelius, writing nearly a century after the event, alludes (Meditations 4.48) to the eruption while discussing natural disasters. There is also a tradition that the eruption was accurately predicted in the Sibylline Oracles (4.130-6; see also Plutarch’s Moralia 398E, The Oracles at Delphi).

Finally – and most intriguingly for the rest of this series – is the account provided by Cassius Dio. Cassius Dio lived well after the eruption, from the middle of the third into the mid-fourth centuries CE, but he provided an account of the 79 CE eruption in his massive Roman History (66.21-3). In it, he begins by saying that the eruption occurred, “Κατ᾽αὐτὸ τὸ φθινόπωρον.” This phrase has frequently been interpreted as “in the late Summer,” and thus supportive of the late August date found in Pliny’s letters. Two factors, however, complicate this. First, the meaning of the term τὸ φθινόπωρον is not entirely agreed upon. The LSJ defines it as “autumn” or as the “waning of ὀπώρα,” a period of the year between late July through parts of September. This means that Dio may have been saying “late summer” or “early autumn,” a difference that could be semantic but may also suggest different months. Further, a 19th century work on the ancient Roman calendar by Edward Greswell argues that the phrasing Dio uses suggests a specific date, rather than a range, namely the autumnal equinox, which fell on September 23rd in 79. To further support this date, he notes that Dio tells us that games were being held in both Herculaneum and Pompeii, a coincidence that could be explained by the fact that September 23rd was – in addition to being the autumnal equinox – also the birthday of Augustus and very likely to be commemorated throughout Italy with games. This argument is speculative, but as we shall see other, non-literary evidence has caused others to date the eruption of Vesuvius in 79 deeper into Fall as well. 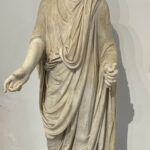 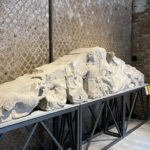 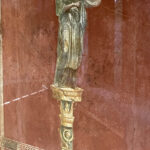 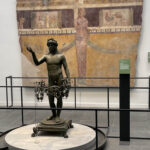 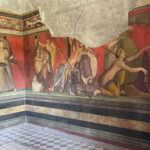 For those interested in the ancient sources on the eruption of Vesuvius, the first place to go is Alison and M.G.L. Cooley’s Pompeii and Herculaneum: A Sourcebook, now in its second edition. It features a brilliant collection fo literary attestations of the eruption, some of which I have mentioned here but others as well. Joanne Berry’s The Complete Pompeii also has a brief but useful discussion of the controversy surrounding the date in Pliny’s letters. For Greswell’s suggestion for September 23rd, based on Dio’s account, see his Origines Kalendariae Italicae (volume 4, pgs. 188-91).

Created by The American Institute of Roman Culture, published on 11/19/2021 under the following license: Creative Commons: Attribution-NonCommercial-ShareAlike. This license lets others remix, tweak, and build upon this content non-commercially, as long as they credit the author and license their new creations under the identical terms. Please note that content linked from this page may have different licensing terms.