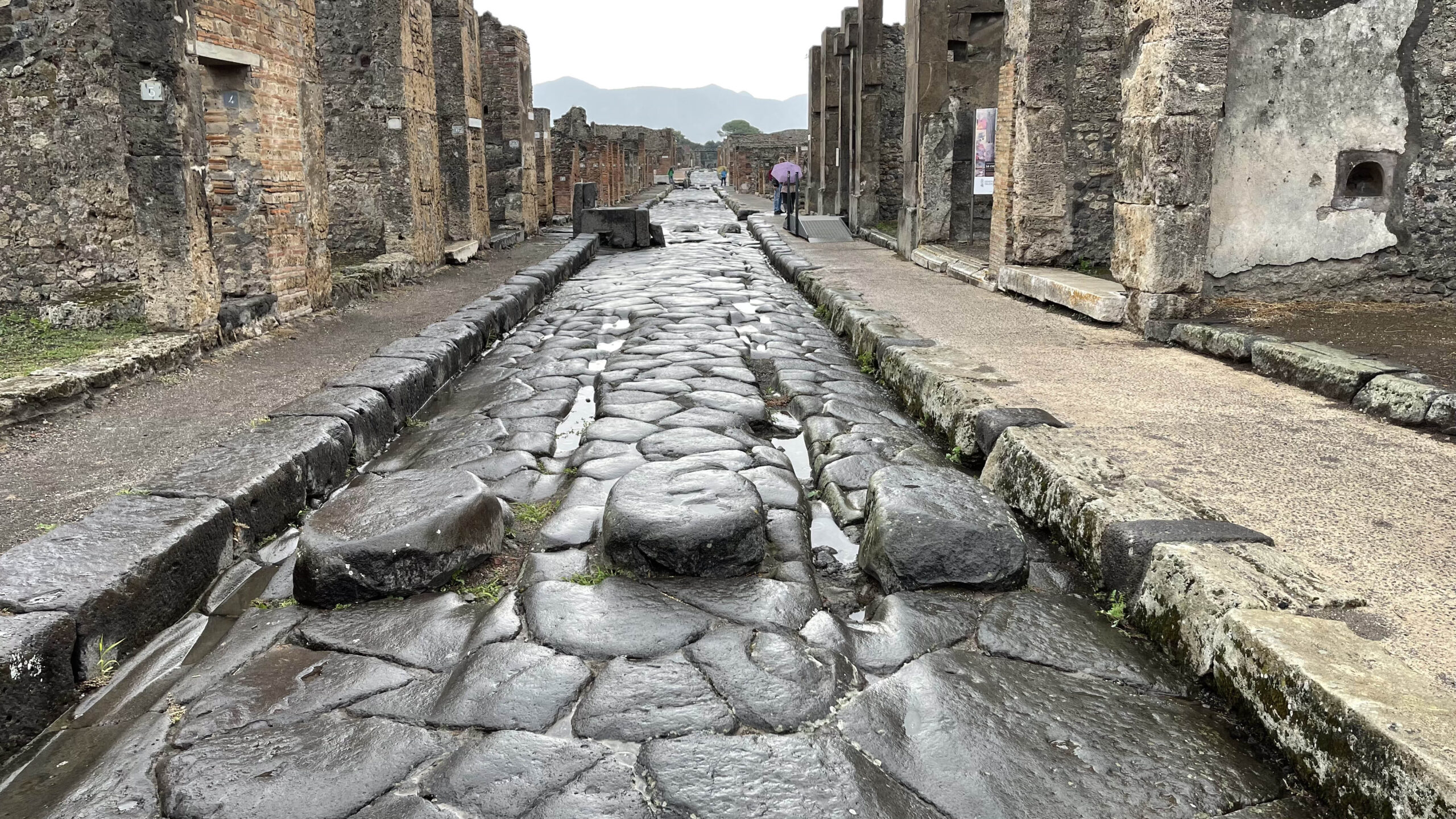 In the previous post in this series, we looked at the literary evidence for dating the eruption of Mt. Vesuvius in 79 CE. While scholarship has traditionally favored August 24th, based primarily on the testimony of Pliny, we saw there were several problems with accepting an August date. In this post, we will look at some of the material evidence.

Since the 18th century, archaeological findings at Pompeii have led some to favor a later date for the eruption than the traditional Plinian one. Prompted by the inconsistency of the manuscripts for Pliny’s letter, Carlo Maria Rosini suggested a date further into autumn based on some of the foods found in Pompeii and Herculaneum. Archaeologists had found autumn foods like pomegranates and chestnuts, as well as dried fruits like figs and raisins, and Rosini argued this suggested that a date in November was more likely than August (noting that some manuscripts of Pliny’s letter give (or at least appear to give) a date in November. A more recent excavation (1990) of nearby Oplontis also found traces of pomegranate. Rosini and others since have also noted the presence of things like heavier clothing and rugs, and used them as further evidence for a date much later than August.

Given that Roman coins were frequently minted in recognition of officials and events, they can be particularly useful in helping narrow dates at archaeological sites, and Pompeii is a remarkable example of how useful numismatics can be. In 1974 a dig at The House of The Golden Bracelet found a coin minted in honor of the new emperor, Titus. Debate about the implications of this coin are complex and remain vigorous, but the inscription on the coin is the most significant part concerning the date. The side of the coin with the portrait of Titus gives his name and titles as Imperator and Pontifex Maximus. The opposite side of the coin reads:

This is a list of some of Titus’ achievements: the ninth time he had held the tribunicia potestas (powers of a tribune), the fifteenth time he had been acclaimed imperator (victorious general), the seventh time he had been consul, and his honorific title of pater patriae (“father of the country”). This list is crucial, because we know when Titus earned some of these titles. Titus’ seventh consulship was in 79, and we know that Titus was granted the tribunicia potestas for the ninth time in July of 79. It is his fifteenth acclamation as imperator that is most interesting; Titus likely did not earn this title until September of 79, meaning that the eruption must have been later than that for the coin to be present. This crucial find has bolstered the arguments for a date later into the autumn. 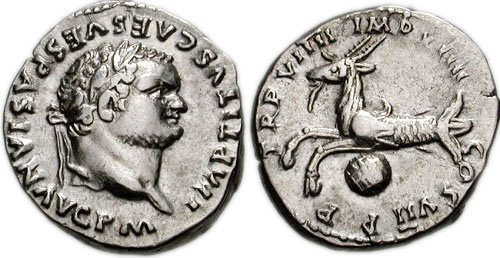 A similar coin to the one referenced above, dated slightly earlier as it references Titus’ 14th acclamation as imperator, not his 15th. Photo via WikiCommons

Another, more recent find has had major implications for the dating of the eruption, this time in the form of a graffito. Because the city of Pompeii was buried suddenly, we often have access to unique types of materials (like the fruit remains discussed above). We have a large amount of graffiti from the Roman Italy in media like metal or inscriptions in stone, but in 2018 archaeologists at Pompeii found a charcoal graffito that gave the date October 17th. Charcoal graffiti are ephemeral, so the find was already unique. But precisely because such a graffito would not survive long while exposed to elements like rain, it is unlikely that it could have been from 78 or earlier and still been visible at the time of the eruption in 79. This means the graffito is probably from 79, and thus gives a date much after August 24th.

One last piece of evidence that supports a later autumn date is the wind patterns at the time of the eruption. In 2007, an article in the Journal of Vulcanology and Geothermal Research analyzed wind patterns in the region along with other eruptions of Vesuvius since 79 CE. In the piece the authors argue that the distribution of the tephra (material and debris produced by a volcanic eruption) from the eruption 79, which shows a southeastern direction, is more consistent with average conditions in autumn rather than in summer (when a northeastern direction is more common). So, while the August 24th date has been difficult to dislodge, new findings and approaches to studying Pompeii have raised serious doubts. 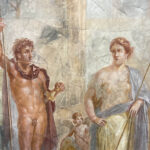 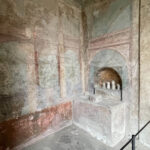 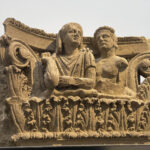 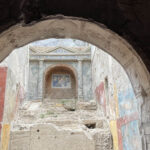 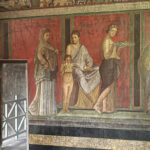 As with the literary evidence, Joanne Berry’s The Complete Pompeii contains a useful summary of much of this information. Umberto Pappalardo published the findings on seasonal fruits in 1990, which supported Rosini’s earlier findings. Richard Abdy published a thorough article on the coins found in The House of the Golden Bracelet, “The Last Coin in Pompeii.” The new graffito from 2018 made major news, and there are several articles about it freely available online. The find was actually announced at the time partly on Instagram. I would recommend Kristina Kilgrove’s short but informative piece in Forbes (link below). For the evidence on wind patterns, see Rolandi, Paone, Di Lascio, and Stefani, “The 79 AD Eruption of Somma” (2007).

Rolandi, Paone, Di Lascio, Stefani. 2007, “The 79 AD eruption of Somma: The relationship between the date of the eruption and the southeast tephra dispersion,” Journal of Volcanology and Geothermal Research, Vol. 169, pgs. 87-98.

Created by The American Institute of Roman Culture, published on 11/19/2021 under the following license: Creative Commons: Attribution-NonCommercial-ShareAlike. This license lets others remix, tweak, and build upon this content non-commercially, as long as they credit the author and license their new creations under the identical terms. Please note that content linked from this page may have different licensing terms.