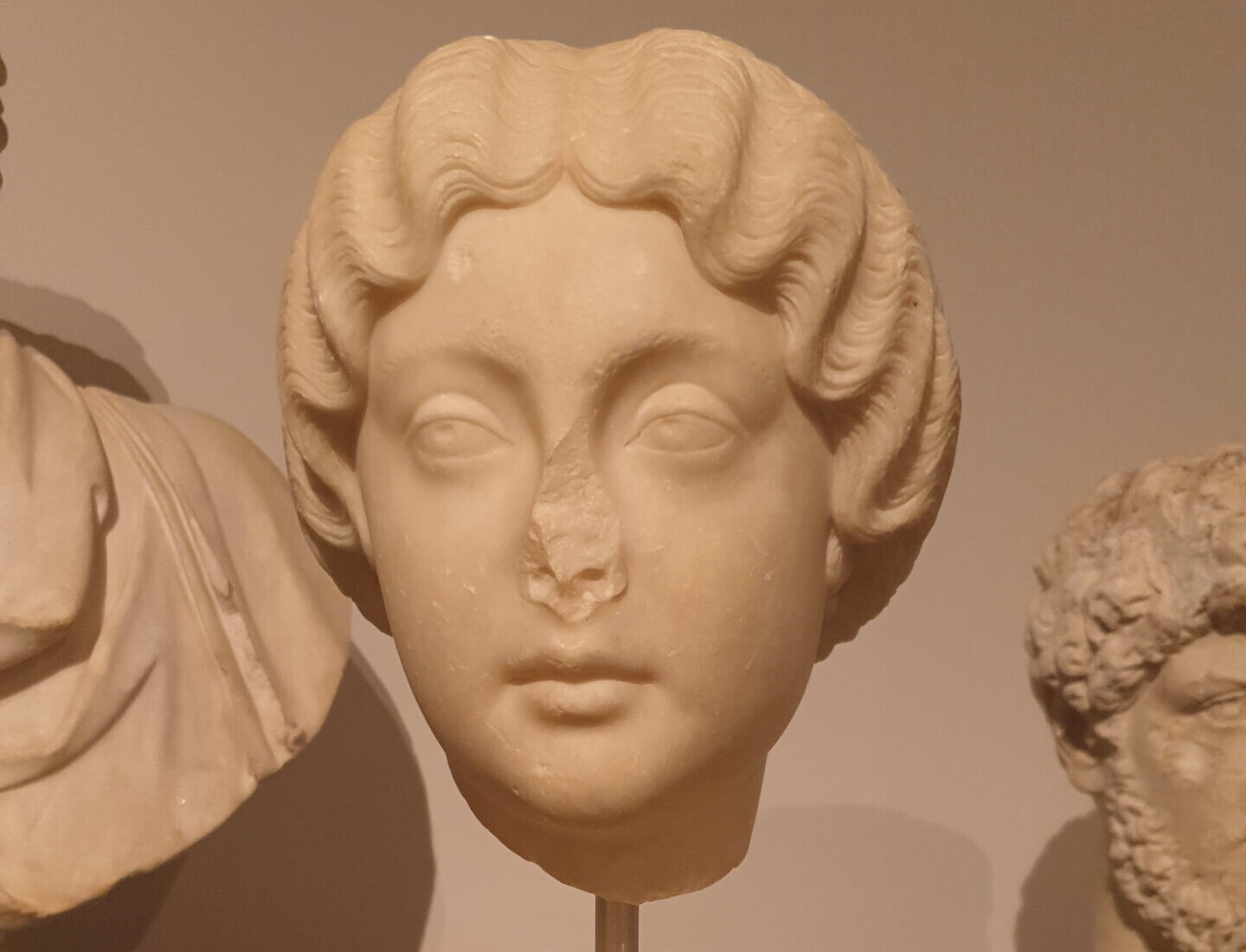 Reign: Marcus Aurelius, Faustina’s husband, became emperor in 161 CE. She held the title of empress until her death in 175 CE.

Faustina and Marcus Aurelius had thirteen children together. Only six survived till adulthood.

Faustina died in 175 CE in Halala, a city in the Taurus Mountains in the province of Cappadocia (modern-day Turkey). The cause of her death is disputed. Some ancient historians believe she died of a sudden illness, while others claim she committed suicide. 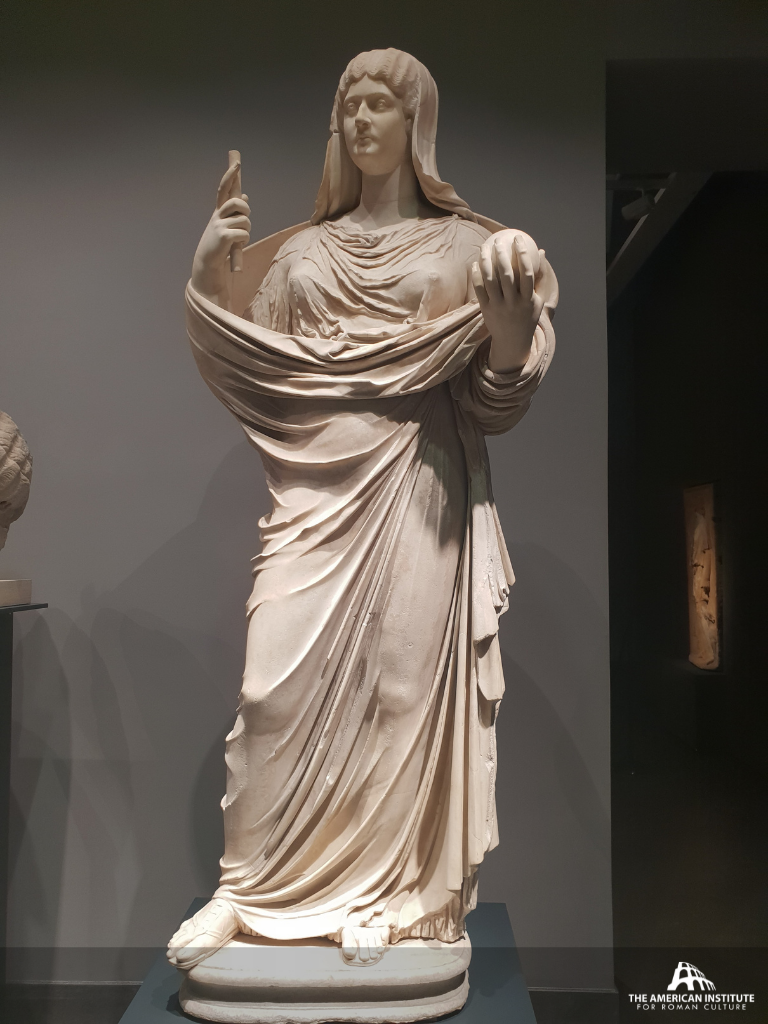 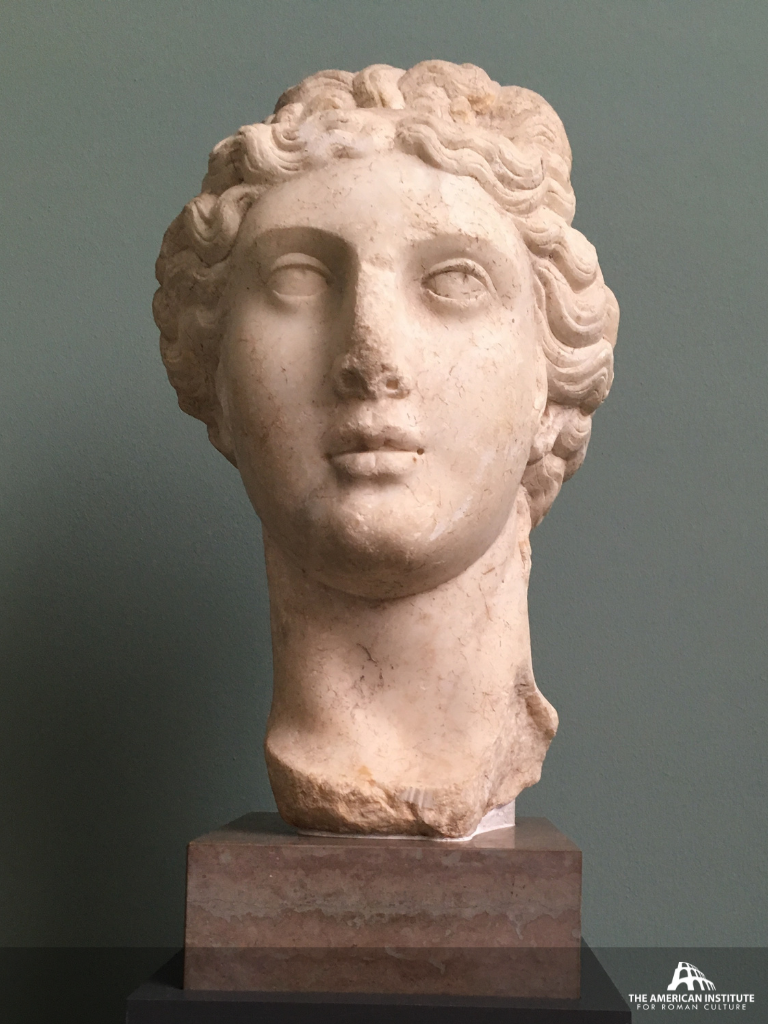 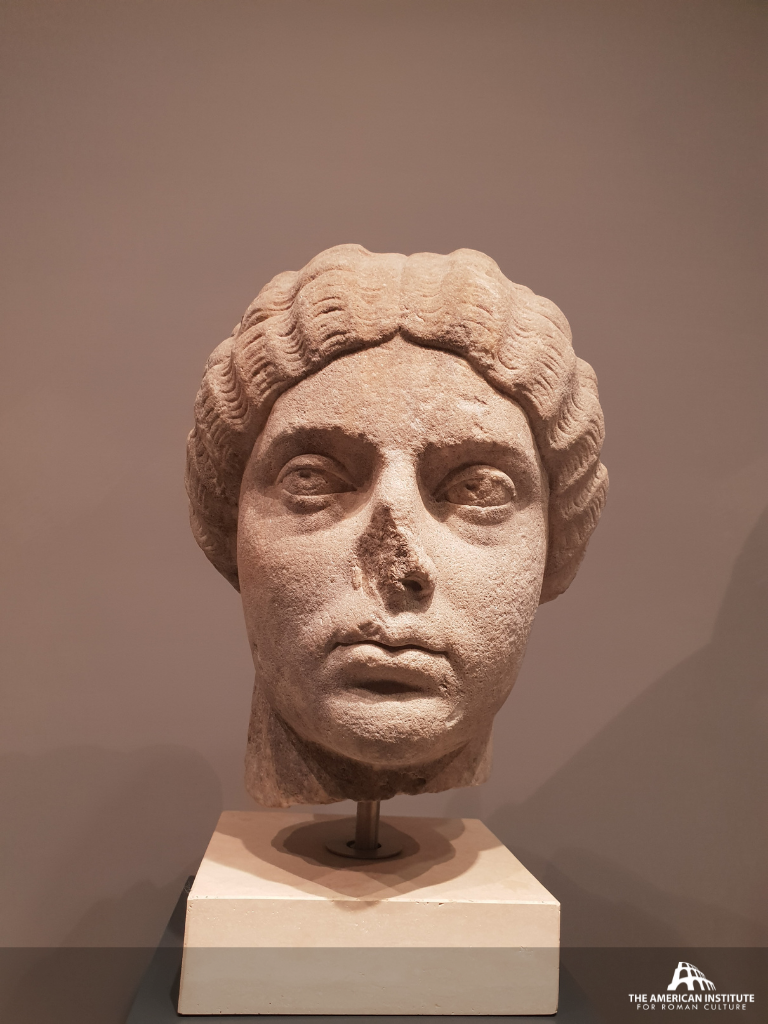 Faustina was married to Marcus Aurelius for thirty years and the two were extremely close. During his life, Marcus Aurelius gave Faustina several prestigious titles such as Augusta and Mater Castrorum (mother of the camp).

Faustina may have inadvertently inspired a revolt against her husband. In 175 CE, a Roman general named Avidius Cassius declared himself emperor because he received news from Faustina that Marcus Aurelius was on his deathbed. Marcus Aurelius eventually recovered, and he marched against Cassius with his legions. However, before the two armies could meet, Cassius was assassinated by his soldiers.

Marcus Aurelius was extremely devoted to Faustina. After her death in 175 CE, he declared her a goddess, built her a temple, and founded a city in her honor.

Created by The American Institute of Roman Culture, published on 2/8/2022 under the following license: Creative Commons: Attribution-NonCommercial-ShareAlike. This license lets others remix, tweak, and build upon this content non-commercially, as long as they credit the author and license their new creations under the identical terms. Please note that content linked from this page may have different licensing terms.