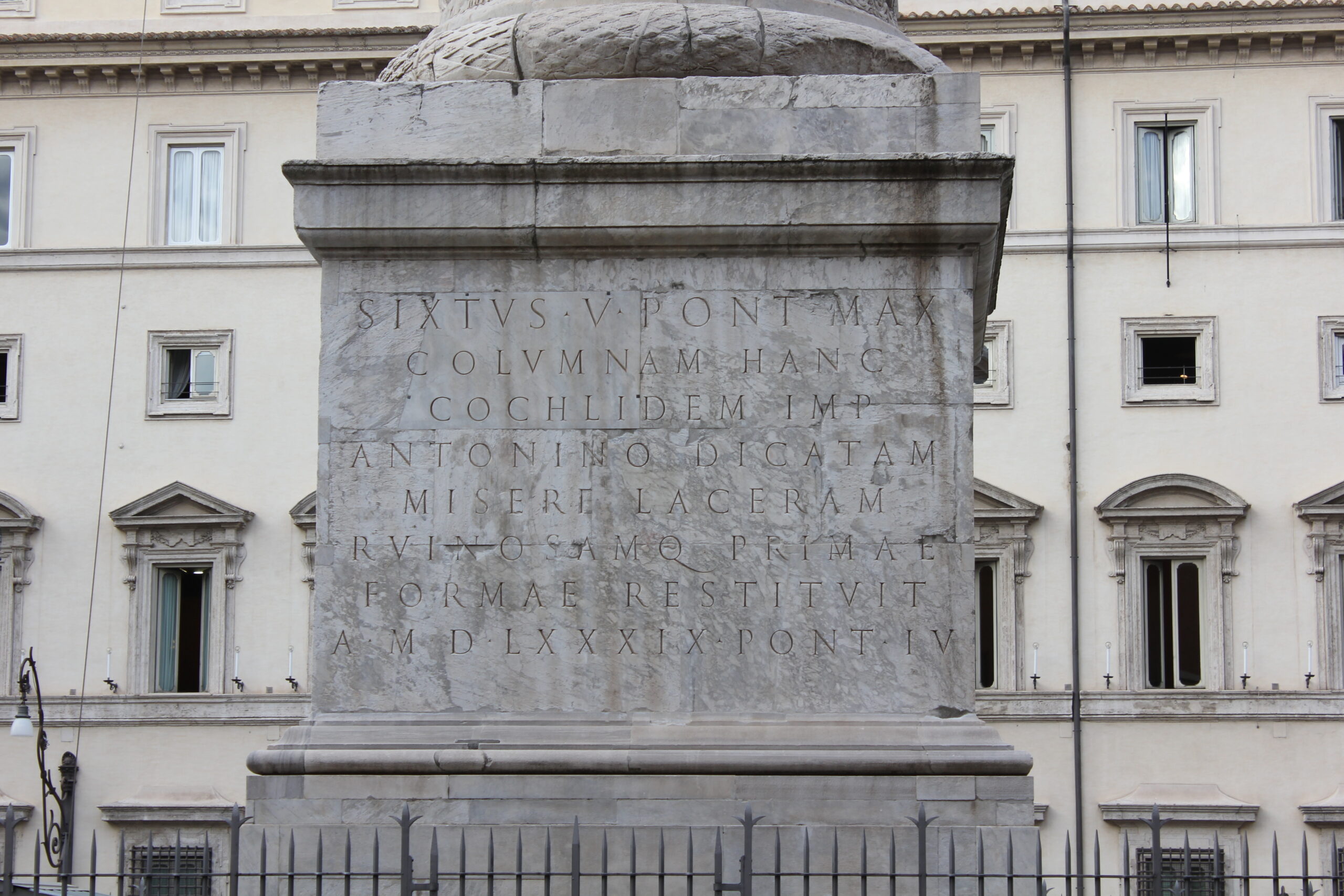 Trajan’s Column, which stands in Trajan’s Forum (just north of the Roman Forum), is one of Rome’s most recognizable monuments. It is, however, just one of a pair of ancient monumental columns that survive in the city today. A ten (or so) minute stroll from near Trajan’s column the up the Via del Corso (which in antiquity was called the Via Lata, or “broad way”) will lead you to the Column of Marcus Aurelius. This column – while similar to Trajan’s – boasts some impressive and fascinating differences.

As we shall see, there is much we do not know precisely about the original context of the column, but it is notable that, unlike many other monuments in Rome, it still stands today where it stood in antiquity. We know, thanks to letters exchanged between the Emperor Septimius Severus and an imperial freedman Adrastus – who became procurator of the column – that the column was completed by 193 CE (CIL 6.1585a). What we do not know is exactly when plans for the column began. The two options are: 1) in 176 CE, at the conclusion of Marcus’ campaigns against Marcomanni and Sarmatians, or 2) in 180 CE, upon Marcus’ death. While there is no scholarly consensus on which option is preferable, Martin Beckmann’s monograph makes a compelling case for 176 in light of the fact that the historian Cassius Dio does not mention the column in his recounting of honors dedicated to Marcus following his death (Dio. 72.34). This would make the column a military monument, rather than a funerary one.

The column was referred to in antiquity as a columna cholcis, or “snail column,” probably in reference to the spiraling frieze that decorates the column and/or the spiraling inner staircase, which, similar to Trajan’s column, allowed visitors to access to a viewing platform at the top. It is also sometimes called a columna centenaria, alluding its height (100 Roman feet, 97 ft by today’s standards; the entire base, column, and statue would have stood over 130 ft). At the top of the column would have been a large statue of Marcus, but this is now lost. A statue of the apostle Paul was added in its place in the sixteenth century to match the statue of Peter that now sits on top of Trajan’s Column. The same restoration project that added Paul’s statue also misidentified the column as another monument in the Campus Martius, the Column of Antoninus Pius (pieces of which were later found in the 18th century).

As with Trajan’s Column, the most striking thing about Marcus’ monument is the highly-detailed spiral frieze that runs the length of the column. The frieze is, in fact, more striking than the one on Trajan’s Column because it was carved in what is now called “deep relief;” the figures on the frieze are cut more deeply into the stone, which makes them more defined and easier to view. Those who have made the trip to the column from the Roman Forum will notice the similarity in style between this relief and those on the Arch of Septimius Severus, which was constructed just a few decades after the column in the early third century. Starting in the 1930’s, scholars like Gerhardt Rodenwalt began to see the Column of Marcus Aurelius – with its deep relief and the heightened aesthetic drama that accompanies it – as a major artistic shift in Roman artistic style. Despite this difference, the designers of the frieze did attempt to emulate Trajan’s Column in several places. Both columns, for example, feature crossings of the Danube at their base and a personified image of Victoria (“victory”) in the middle. In fact, Beckmann argues persuasively that this emulation of Trajan’s column in subject and position on the column means that the frieze of Marcus’ monument was not meant to be a chronological record, read from bottom to top. Of course, Marcus did cross the Danube – several times – and was victorious in the campaigns commemorated on the column, but the scenes cannot be read in the same narrative way as those on Trajan’s Column.

The most famous scene on the frieze is undoubtedly the “Rain Miracle” (scene XVI on the column). It is the only scene on the frieze that provides an historical event corroborated in another source. Dio writes of a clash between Marcus’ army and the Quadi (a Germanic tribe) in which the Romans, trapped and beleaguered by thirst and fatigue, were saved by a divine rain storm that simultaneously hydrated them and brought lightning down on their enemies (Dio. 72.8.1-3; 10.1-5). In Dio’s account, the rain was possibly brought on by the god Mercury at the behest Marcus’ friend Arnuphis, an Egyptian magician. Later, in the fourth century, Eusebius provides a briefer account that leaves out Marcus (replacing him with Pertinax, Marcus’ general and future emperor of Rome) and credits the Christian god with bringing about the storm (Found in the Chronicon under the year 173). The event is also alluded to briefly in the Historia Augusta and in a fourth century speech by Themistius (HA, Marcus 24.4; Them. Orationes 15.191). These various sources make the actual details of the event unclear (e.g. was Marcus there, or not? Did it occur during a battle?). Puzzlingly, although the frieze does show a Rain deity, it shows the Romans shielding themselves from the rain, rather than drinking it (although one does seem to be offering some to his horse).

This is just a brief description, but it shows how uniquely interesting the Column of Marcus Aurelius is. As a monument it both looks back to emulate Trajan’s Column and looks forward with new thematic and stylistic characteristics. It also serves as a valuable source for Marcus Aurelius, a Roman emperor who has captured modern attention more than any other.

The best place for anyone interested in the Column of Marcus Aurelius (including myself while researching for this post) is Martin Beckmann’s The Column of Marcus Aurelius: The Genesis & Meaning of a Roman Imperial Monument (UNC Press, 2011). He does a marvelous job of laying out what we know about the column and of explaining the many intriguing debates and questions surrounding it.

A good portion of the scholarship on the column is in German. This is partly because of a wave of German interest in the late nineteenth century spurred by a visit from Kaiser Wilhelm II and scholars who were primarily interested in what the column could tell us about the Romans’ Germanic enemies. For those who read German, I’m including in the bibliography a few notable works that focus on the “Rain Miracle.” 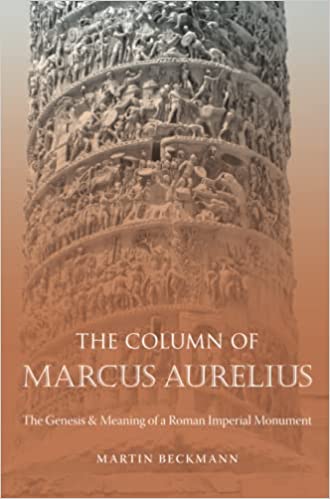 The Column of Marcus Aurelius: The Genesis and Meaning of a Roman Imperial Monument (Studies in the History of Greece and Rome) Paperback – 30 Nov. 2021 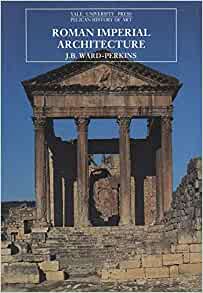 Created by The American Institute of Roman Culture, published on 02/28/2022 under the following license: Creative Commons: Attribution-NonCommercial-ShareAlike. This license lets others remix, tweak, and build upon this content non-commercially, as long as they credit the author and license their new creations under the identical terms. Please note that content linked from this page may have different licensing terms.