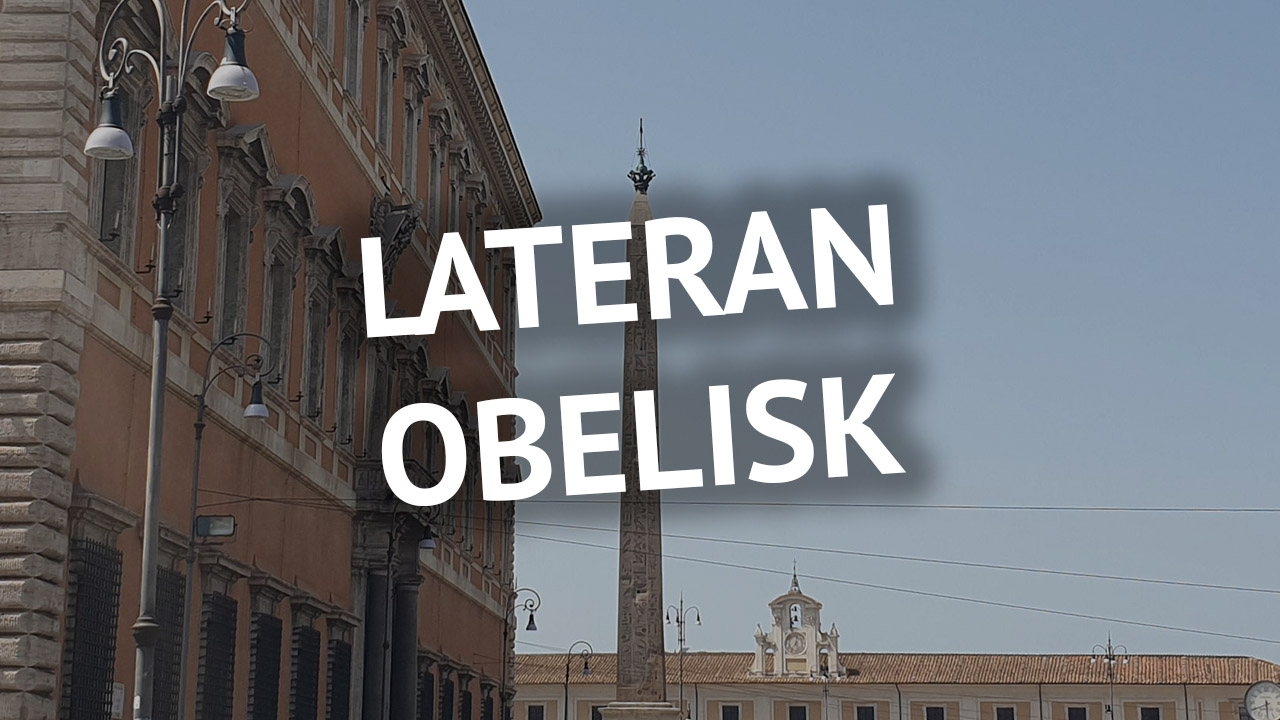 The Lateran obelisk is the largest obelisk ever brought to Rome,. Intended by Constantine, it was brought by Constans II on the occasion of his visit to Rome. It was erected in the Circus Maximus as a turning post. It eventually fell down int the medieval period. It was rediscovered and brought over by Sivtus V to the Lateran palace, where it stands today.

Where in Rome is the Lateran Obelisk?

Created by The American Institute of Roman Culture, published on 05/22/2020 under the following license: Creative Commons: Attribution-NonCommercial-ShareAlike. This license lets others remix, tweak, and build upon this content non-commercially, as long as they credit the author and license their new creations under the identical terms. Please note that content linked from this page may have different licensing terms.