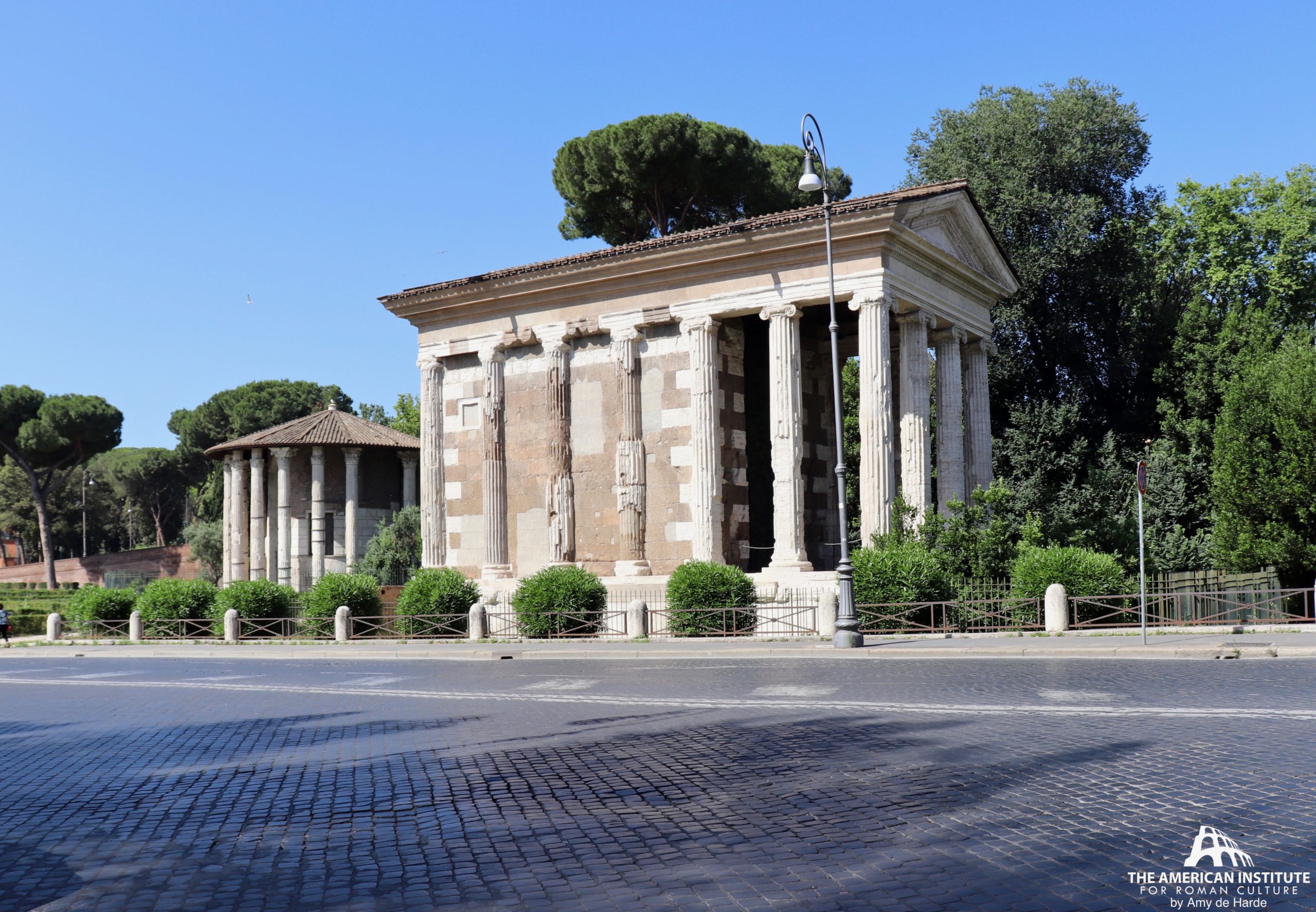 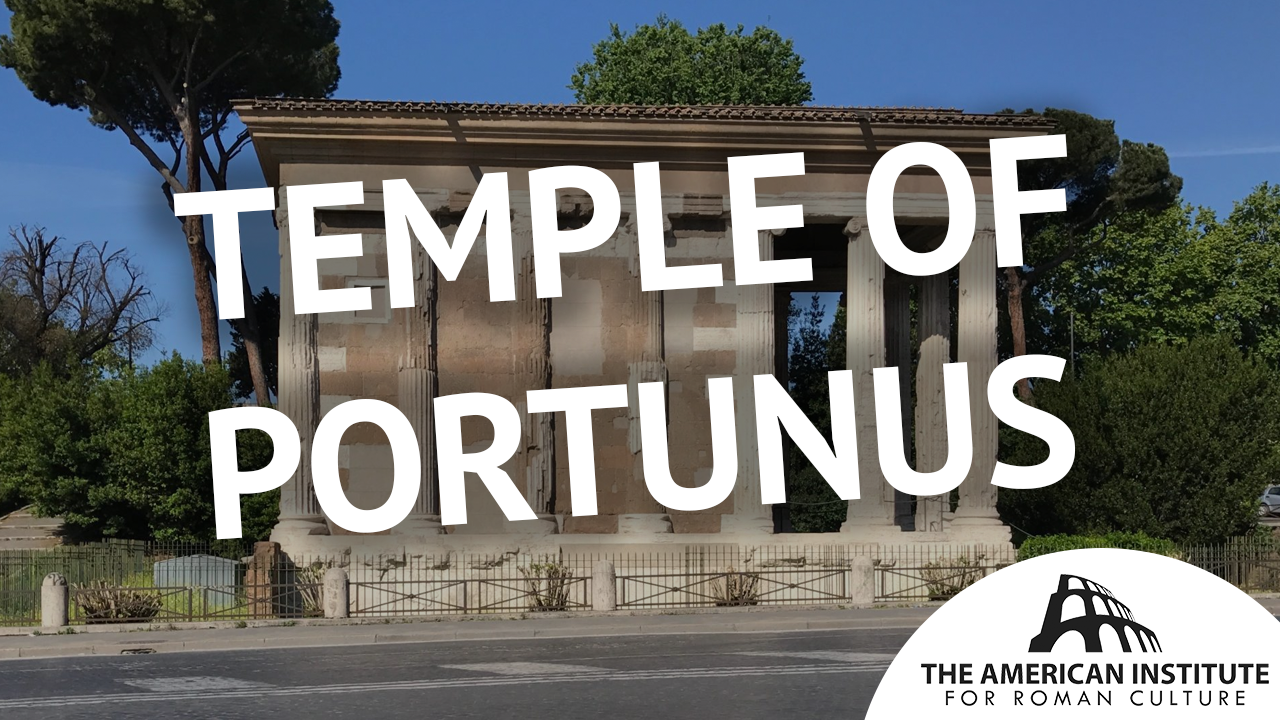 The temple was dedicated to Portunus, god of Rome’s Tiber River harbor, on this location as early as the 4/3C BC, eventually related to nearby Pons Aemilus (2C BC).   What is standing today, of tuff and travertine construction, is a 1C BC construction, but the stucco decoration on the frieze level is imperial (1C AD).  The structure survives because it was converted into a church in 872. The Fascist- era construction of the modern road destroyed the medieval neighborhood that had developed and removed the church accouterments of the temple as church. What remains from the church phase of the structure are a few 9C frescoes preserved inside.

It was recently restored by World Monuments Fund; the roof is new, the stone has been cleaned, and the remains of stucco plaster are cleaned and legible on the south side.

The most certain occurrence of this word is in Fronto (Ep. i. 7 (Naber): idem evenit floribus et coronis; alia dignitate sunt (in Portunio) (from marg.) quom a coronariis veneunt, alia quom a sacerdotibus (in templo) (from marg.) porriguntur; cf. Jord. ii. 199), where, if the marginal readings be correct, Portunium must mean the immediate vicinity of the temple of Portunus, a place frequented by flower-sellers, rather than the temple itself, as in the case of Dianium, Minervium.

It is probable that Portunium may also be the correct reading in Varro v. 146:secundum Tiberim ad Portunium (MSS. ad iunium) forum piscarium vocant (Jord. ii. 257); and that the Fortunium of Cur. (Reg. XI) should be changed into Portunium.

This temple, among others, has been identified with the ancient circular temple (III. 43), which was occupied by the church of S. Stephanus Rotundus (1140), S. Stefano delle Carrozze (sixteenth century), and was later called S. Maria del Sole, in the Piazza Bocca della Verita (DAP 2. vi. 263; HJ 143; Mitt. 1925, 321-350). It is built of white marble, the blocks of the cella being solid, with a peristyle of twenty Corinthian columns. The cella is 10 metres in diameter and stands on a podium of tufa, 2 metres high, in the centre of which is a favissa (LR 518-520) which belongs to the period of the republic, although the marble covering and the whole superstructure date from the early empire. The entablature is missing, and the roof is modern. On the whole this identification is more probable than any other that has been suggested, but far from certain (Jord. i. 2. 485; Altm. 22-30, 33-36; ZA 248-251 (whose attribution to the period of Severus is doubtful). See D’Esp. Fr. i. 40-43; DuP 72; TF 136). 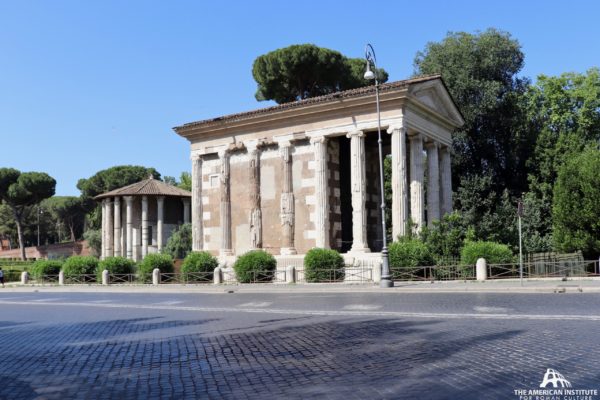 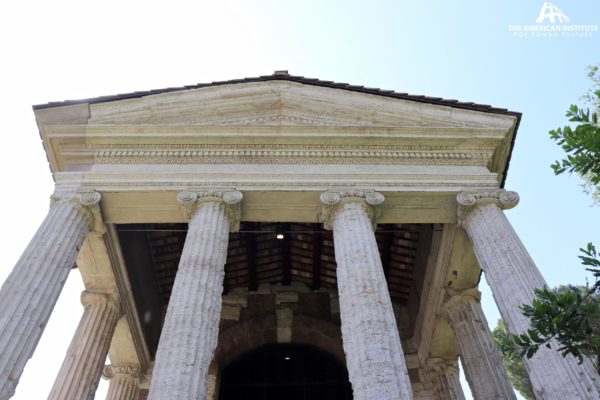 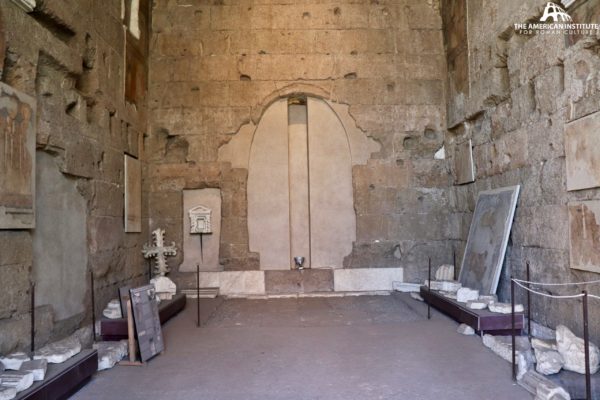 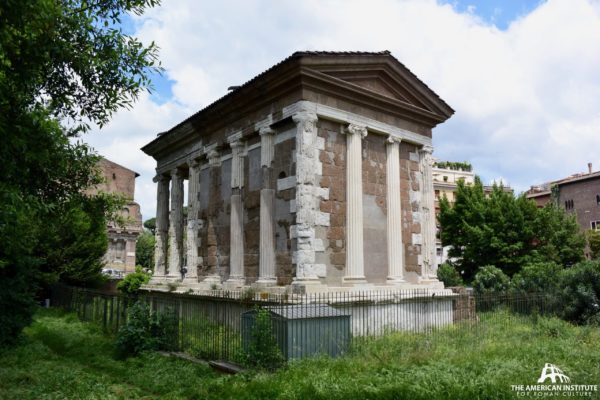 Where in Rome is the Temple of Portunus?