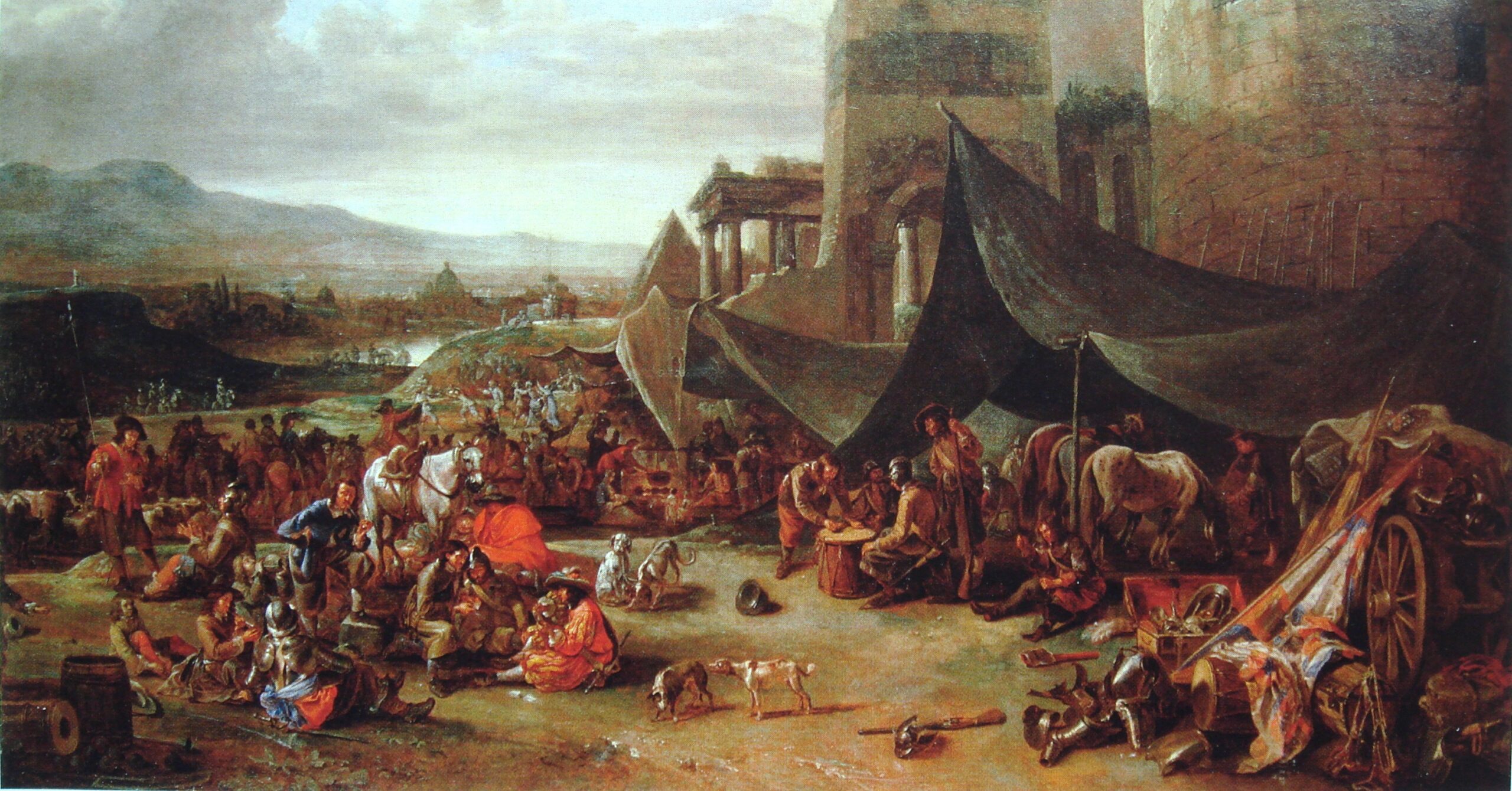 The Illicit Trafficking of Cultural Goods: A Long and Ignoble History

With its vast number of art objects and cultural heritage sites (as the country with the most UNESCO sites per capita), it is no surprise that Italy has faced more than its share of looting. Its riches have inspired theft and plunder for centuries, leading to the passage of laws to protect Italian sites and cultural objects. In fact, the efforts to protect Italian cultural heritage date back to at least as early as the 16th century, when the Papal States instituted legislation for these materials. However, the looting of heritage had already been addressed centuries earlier when lawyer, orator and philosopher Marcus Cicero famously prosecuted Roman magistrate Gaius Verres. The 1st century B.C. trial was for having orchestrated the looting that occurred in the city of Syracuse. In one of the first legal cases involving the plunder of heritage, Cicero argued;

The looting of art and heritage often occurs during military intervention or a political or social crisis. However, plunder also occurs during times of peace. It is part of a larger category of art crimes, which also includes thefts, forgeries, and money laundering. Based on testimonies like that of Cicero, we know looting dates back to Antiquity. Starting in 212 B.C., Greek statues, paintings, and artifacts were seized and sent into the city of Rome. As the Roman Empire expanded throughout Italy, the Iberian Peninsula, Greece, and Spain, emperors and their armies looted native cultural heritage from conquered territories on a massive scale. By A.D. 410, the tables had turned; the Visigoths entered Rome and plundered its moveable goods for three consecutive days. During the second Sack of Rome in May 1527, more than 20,000 soldiers of the Holy Roman Empire entered the Eternal City and began a plunder that lasted for weeks. Churches, palaces, and private homes were all stripped of artifacts and artworks, which the Holy Roman Empire then dispersed throughout France, Germany, and Northern Italy. Not even the Vatican was spared.

The sack of Rome in 1527, by Johannes Lingelbach

Centuries later, during the Enlightenment, the French and British aristocracy developed a fascination for Ancient Greek and Roman art. Greece was considered the birthplace of the greatest philosophers and Italy the home of artistic geniuses. In an itinerary known as the Grand Tour, young British noblemen who had studied Latin and Greek traveled through Naples, Rome, Venice, and Florence to learn about ancient culture, art, and politics. While these “Grand Tourists” were prohibited from transporting local artifacts back to Britain, cultural enthusiasts found a way around these restrictions. The British Ambassador to Constantinople, Lord Elgin, and his team traveled to Athens to remove marble pieces from the Acropolis as well as hack reliefs off of the famed Parthenon ruins. The marbles were brought to Britain, and once Elgin fell upon financial hardships, he sold the priceless artifacts to the British government. They still sit in London’s British Museum, visited by millions of tourists, and still subject to demands for repatriation.

Similarly, during his Italian conquests in 1815, Napoleon Bonaparte stole over 600 paintings and sculptures from conquered nations. Amongst these was Laocoön and His Sons, an ancient sculpture pictured below, which he stole out of the Vatican (we wrote about the sculpture in an earlier post here). Though the Laocoön was returned in 1816, half of Napoleon’s spoils of war remain in France, housed in various collections. These historical events serve to illustrate precursors to what has become a global market for stolen cultural property, as interest in these objects has continued to thrive across geographical boundaries. 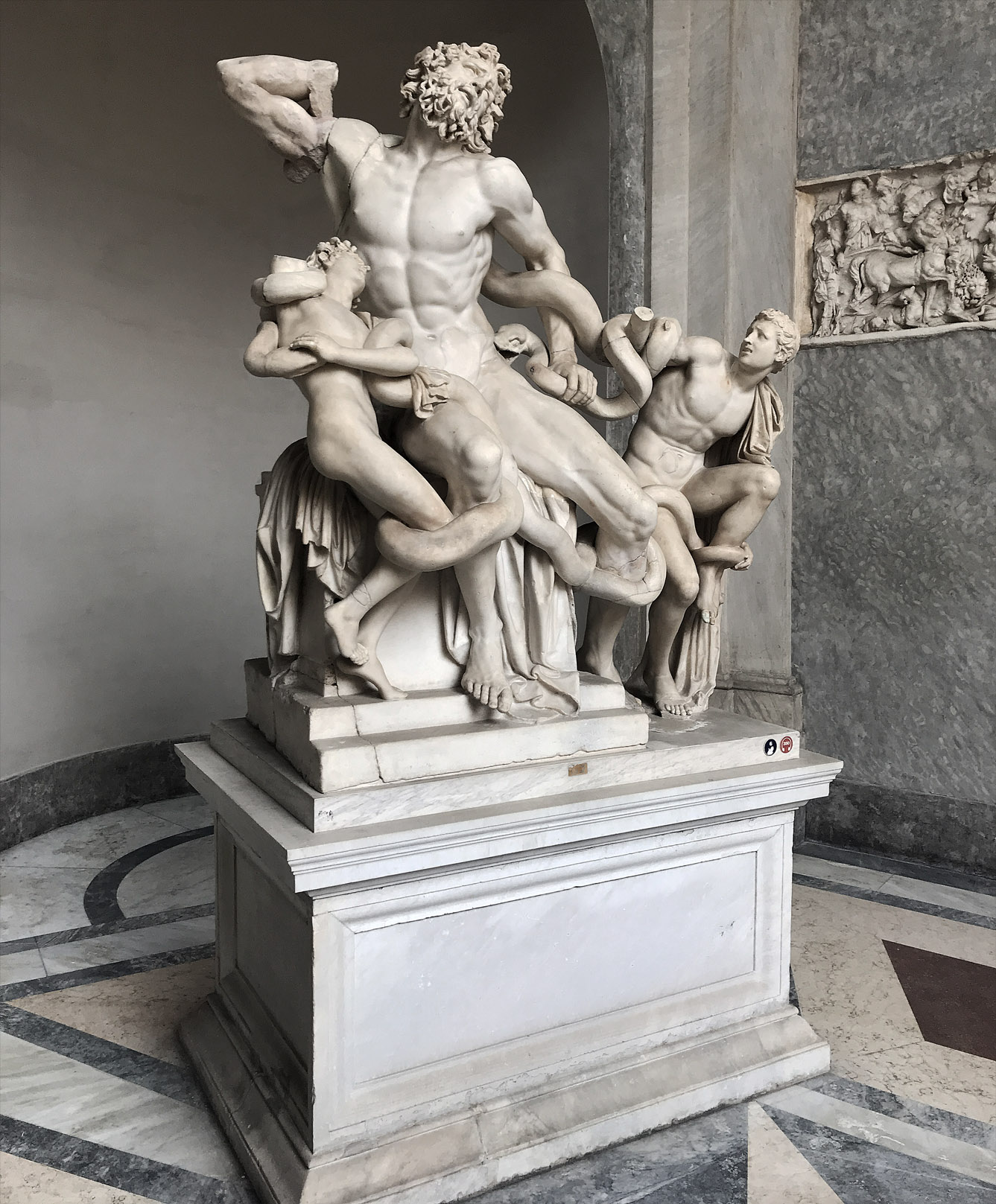 Laocoön and His Sons, Vatican Museums, Vatican City, May 2019 (The American Institute for Roman Culture)

Theft, looting, and illicit trafficking of cultural property is an international crime. It refers to the import, export, and transfer of cultural objects, whether stolen, looted or otherwise, that violate States’ import and export laws. (We will address these laws in a future post.) The trade of looted materials occurs through underground trafficking markets, but looted artifacts also travel through more traditional markets like auctions, art galleries, and online sales. Such items may even be presented as legitimate (sometimes being listed as coming from the “collection of a gentleman” or an “anonymous Swiss collector”) and remain hidden in plain sight until the truth of their origins is discovered.

Organized crime groups in Italy are notorious for excavating, selling, and stealing cultural objects since Italy unfortunately does not have sufficient resources to monitor the vast number of archaeological sites in the country. Tomb raiders, or tombaroli, often provide countless items to intermediaries, including restorers and other agents, who facilitate the supply of plundered goods to local and international buyers. One of the most infamous smugglers of Italian heritage is an antiquities dealer named Giacomo Medici. Medici became active during the 1960s, which is widely recognized as one of the worst decades for archaeological looting in Italy. During nearly 40 years, Medici and his associates laundered stolen artifacts through unscrupulous dealers and major auction houses, including Sotheby’s and Christie’s. The items were then sold to private collectors and museums around the world, including the Getty Museum in Los Angeles and the Metropolitan Museum in New York. Authorities eventually raided Medici’s freeport warehouse in Switzerland and found binders and boxes containing thousands of photographs of looted antiquities before and after they were cleaned and repaired to appear legitimate – a veritable treasure trove of evidence. Thanks to these records, and the persistence of the Italian police, items such as the Euphronios Krater were recovered and returned to Italy. Medici was arrested in 1997 and sentenced to prison and a 10 million euro fine in 2004. This was the largest penalty ever issued for an antiquities-related crime in Italy.

Illicit trafficking of cultural property has produced disastrous effects at national and international levels. It strips populations of their cultural heritage, displaces unique objects that provide us with a better understanding of history, damages the archaeological record and social context of objects, and destroys sacred monuments and sites, depriving generations of people access to this material. Increasingly during the last two decades, illicit trafficking has also been used to finance terrorism. In a 2015 Resolution, the Security Council of the United Nations acknowledged that terrorist and organized crime groups generate income from trafficking cultural heritage, using funds to support their recruitment efforts and organize their attacks. It is important to note that these sales do not only occur on the black market; certain criminals are experienced in exploiting loopholes within the legitimate art market as well. This means that good faith purchasers may have unwittingly contributed to terrorist financing.

The sale of art and antiquities is further prone to money laundering, the process of making illegally-gained proceeds appear legal. Observers often describe the art market as “opaque” due to its lack of uniform regulations and the frequency of international transactions. Provenance information for antiquities has often been lost over time, making it easier for the sales of such artifacts to go unnoticed or for intermediaries to alter details, making it seem as though items were in reputable or private hands rather than looted. In addition, the global art world generates tens of billions of dollars every year and not all transactions are recorded. Buyers and sellers often wish to remain anonymous (this can be for legitimate reasons, including security and safety of the artifacts), making provenance even more difficult to trace. Art sales also tend to occur via middlemen, which assists art market participants in remaining anonymous. Further, the lack of concrete information as to the provenance of antiquities may allow looters and related actors to claim good faith or ignorance about the illicit removal of stolen goods. The European Union (EU) and the UK’s latest anti-money regulations for art transactions are encouraging steps towards the creation of better transparency in the art market, although this is not a complete solution to the problem.

The popularity of internet sales has also made it easier to market stolen or looted cultural property. Platforms such as WhatsApp, Amazon, eBay and Facebook are often cited as active outposts in the grey market of cultural heritage. eBay is especially known for selling fake antiquities. These websites operate around the world and, given the number of items that are sold on their platforms, it is almost impossible for them to monitor their users’ activities and effectively regulate them. In fact, these websites tend to place due diligence requirements on their users. eBay’s policies around the sale of artifacts hope to educate users about the laws and regulations that apply to the sale of antiquities, and warn sellers about the legal consequences of selling fake or looted artifacts. Facebook also instituted a ban on marketplace groups specializing in antiquities trafficking in 2020 after independent research groups illustrated the gravity of the situation. Ultimately, the online market must be guarded by national law enforcement authorities. In that sense, long-term investigations in the United States and in Europe have led to the seizure of stolen antiquities by tracking sellers’ online profiles.

Calling attention to the illicit trafficking of cultural property and the ways the legitimate market is being exploited is not only important for the countries from where such items originate, but for all humanity. Cultural heritage is a finite resource that must be protected and contextualized for future generations. In particular, Italy’s ancient and influential culture and monuments are unique witnesses of our history and shared humanity.

Created by The American Institute of Roman Culture, published on 07/12/2021 under the following license: Creative Commons: Attribution-NonCommercial-ShareAlike. This license lets others remix, tweak, and build upon this content non-commercially, as long as they credit the author and license their new creations under the identical terms. Please note that content linked from this page may have different licensing terms.