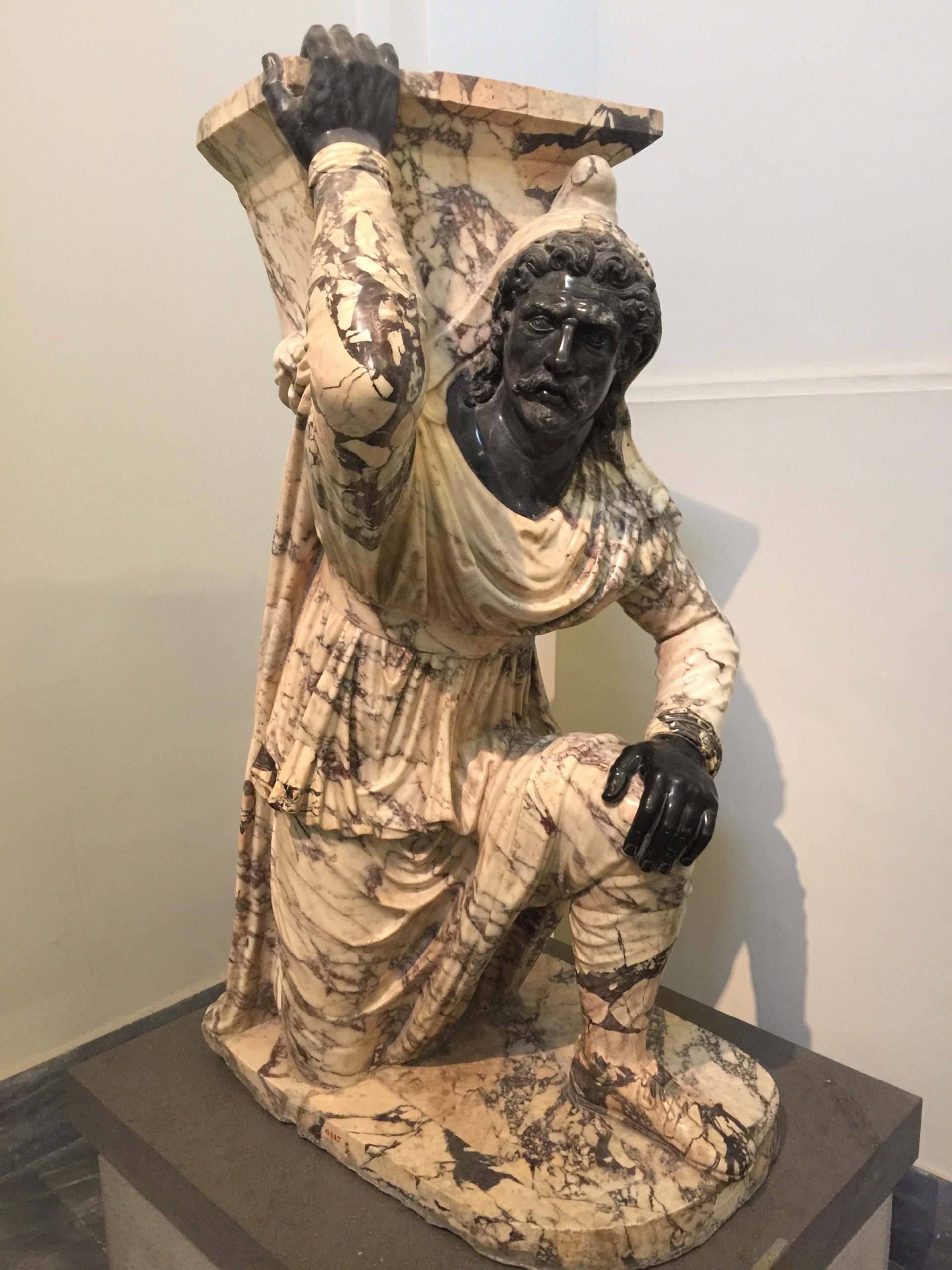 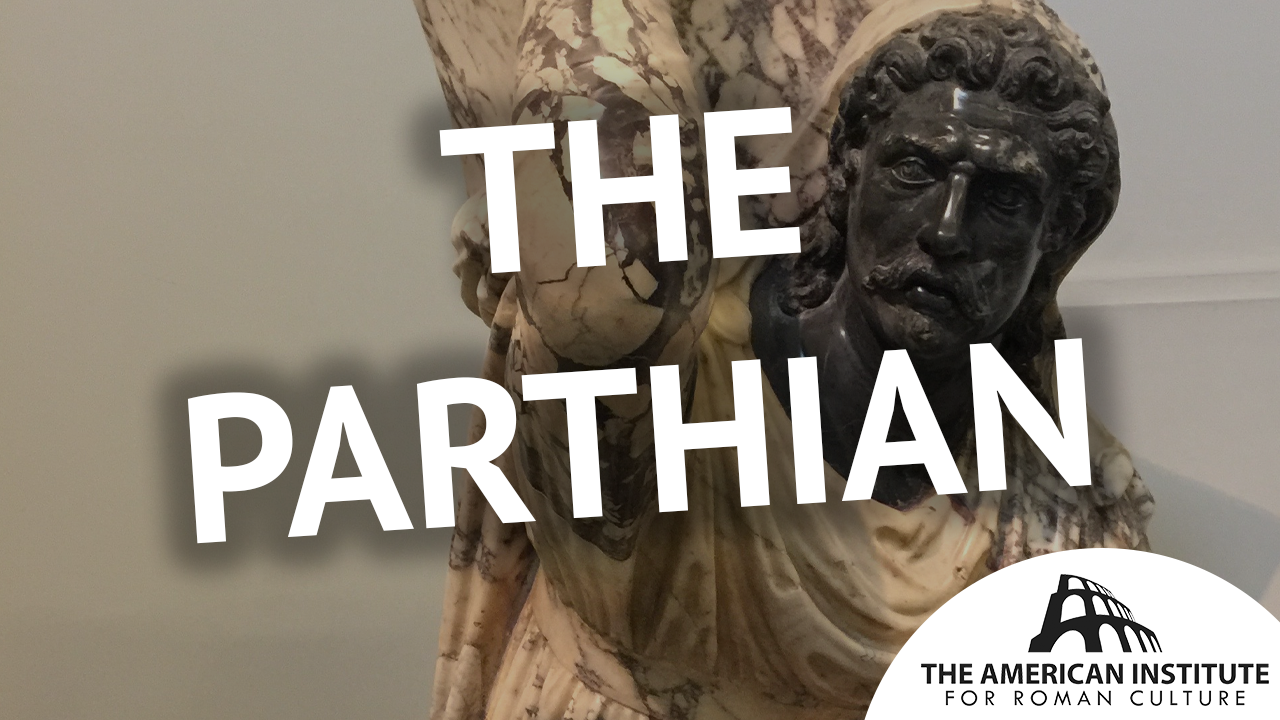 The Parthian (from Parthia, whose empire essentially substituted the earlier Persian Empire from 247 BC- AD 224),  in Roman art is depicted to show the Roman foe from Parthia in a submissive light, kneeling or with hands held together.  The marble used is often colored to express Roman imperial power and distinguish the Parthian (and other barbarians, like the Dacians) as the other, non-Roman.  Nevertheless, this foe, with unkempt beard, trousers and identifiable Phyrgian cap, is a worthy adversary of the Roman Empire.

Where can you see the Parthian in Rome?