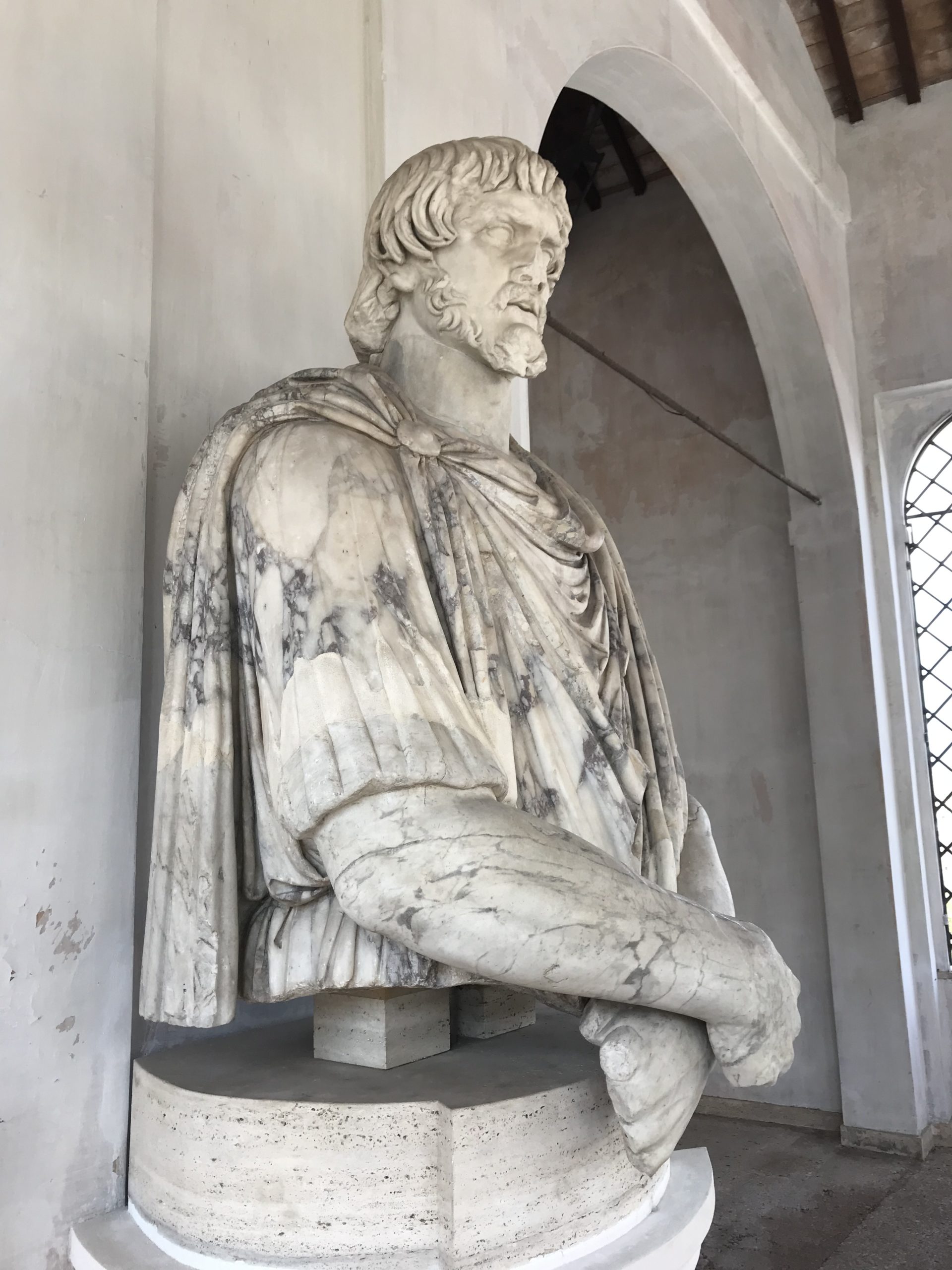 The Dacian was a Thracian people that lived in modern-day Romania.  They came in conflict with Rome as it expanded, but wars never reached their climax until Trajan declared war on Dacia in 102.  After Rome tons the wars, he introduced a steady, constant image of the conquered foe throughout his imperial monuments, including Trajan’s Column, forum, arch, basilica. A number of these Dacian, with skull-cap Phyrgian cap. pants, boots, and unkempt beard (often depicted with colored marbles like pavonazzetto and big morato), were also reused as symbolic decorations in later monuments, most particularly on Constantine’s Arch by the Colosseum.

Where can you see the Dacian in Rome?