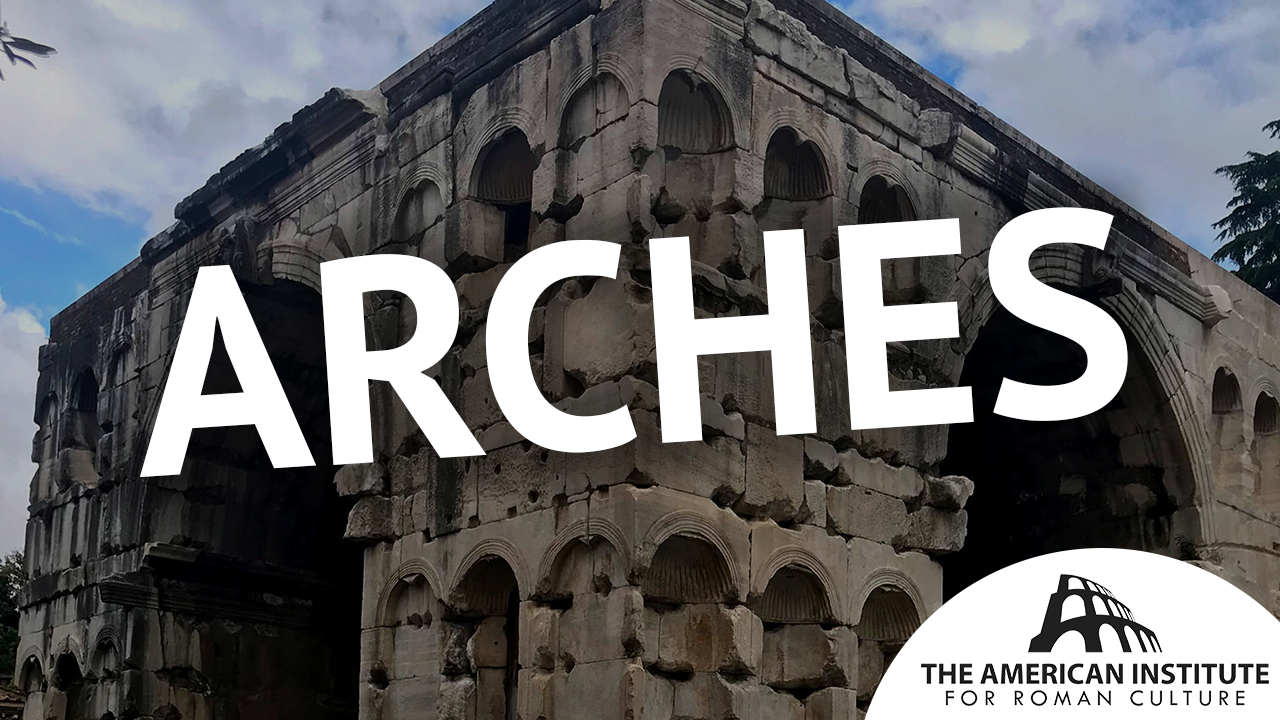 Arcus Constantini: erected by the senate in honour of Constantine to commemorate his victory over Maxentius in 312 A.D., as the inscription in the attic records.

The date of its completion is fixed to 315‑316 A.D. by the mention of the decennalia in the inscriptions of the side arches; and Grossi-Gondi decides for 316 because the consulship is omitted, whereas in 315 he held it for the fourth time. It is not mentioned by any of our literary sources. It stands at the beginning of the road which traverses the valley between the Palatine and the Caelian from the Colosseum  to the south-east end of the circus Maximus, and which is often (though without warrant) called via Triumphalis. The road did not, however, run through it, and indeed lay at a somewhat lower level, though not so low as to necessitate steps for foot-passengers to pass through (Mitt. 1891, 92). The archways and the space round the arch are paved with travertine. The arch is built of white marble; it is 21 metres high, 25.70 wide, and 7.40 deep; the central archway is 11.50 high and 6.50 wide, and the two lateral arches are 7.40 metres high and 3.36 wide. Between the archways and at the corners were eight fluted Corinthian columns of giallo antico, one of which has been removed to the Lateran, while the other seven still remain: they were doubtless removed from other buildings. The sculptures with which it is decorated belong to several different periods (Ill. 5).

(1) The two reliefs at the ends of the arch and the two on the jambs of the central archway, representing conflicts between Romans and Dacians, formed part of a continuous frieze, which is supposed to have decorated the enclosure wall of the Forum Traiani (q.v.), and may belong to the period of Domitian (Neue Jahrbücher, 1905, 522; SScR 135, 151, n17; Rev. Arch. 1924, II.365), though Sieveking, in Festschrift für P. Arndt 36, returns to the usual ascription to Trajan.

p37  (2) The eight statues of Dacians in pavonazzetto (Phrygian) marble standing on the cornice in front of the attic, each above one of the giallo antico columns (all of which bear the inscription Ad Arcum, CIL VI.36617), doubtless came from the Forum of Trajan, where similar statues have been found (Braccio Nuovo 9, 127; cf. Chiaramonti, 356; Brit. Mus. 1770). Of those on the arch, one is a reproduction in white marble (for the torso see Cap. Cat. Atrio No. 21) and the rest have restored feet and hands. Of the original heads in white marble, two are probably in the Vatican (Braccio Nuovo 118; Busti 329).

(4) The eight rectangular reliefs in the attic (PBS III.251‑268). Three other reliefs of the same series are in the Palazzo dei Conservatori (Cons. Cat. Scala II.4, 7, 10), and belong to an arch erected in 176 A.D. to commemorate the victories of M. Aurelius in the Sarmatian and German wars. They depict the emperor entering Rome, engaging in sacrifice, receiving an address from his soldiers, etc.

To the Constantinian period belong: the reliefs on the pedestals of the eight columns, representing victories, legionaries and captives, the low frieze above the side arches and at the ends, the two round medallions at the ends, representing the setting of the moon and the rising of the sun (Strong, Sculpture 330, 331; SScR 331‑341); the Victories and river-gods in the spandrels, and the eight portrait busts in the lateral passages.

Among the many arguments against it are (1) the existence among the marble blocks used in the interior of the attic of a cornice block not earlier than the time of Domitian (PBS II.51, No. 105a; cf. VI.207 and YW 1923‑4, 106); (2) the fact that the brickwork in the attic is of the time of Constantine.

We may note the use of polychrome marbles and gilding in the arch — besides what have been already mentioned, the employment of porphyry to surround the circular medallions and as a fascia to the main cornice.

The latest article on the subject 2 shows that the relief of the Haterii cannot be used in support of Frothingham’s theory. ‘If an arch is represented which stood between the arch of Titus and the Colosseum, it was single, with eight attached columns.’ The whole cornice, too, is a mass of patchwork, and is crudely imitated in the entablature above the columns; while the medallions are badly placed. See also Rossini, Archi Trionfali 67‑73; Reinach, Rép. Rel. I.238‑257; HJ 25‑28; D’Espouy, Fragments, I.96; ASA 120.

Where in Rome is the Arch of Constantine? 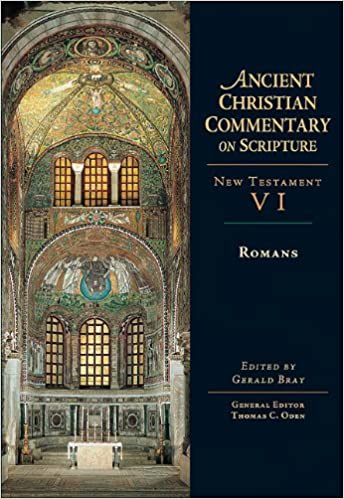 Engineering in the Ancient World, Revised Edition First Edition, With a revised preface, a new appendix, and a new bibliography

Created by The American Institute of Roman Culture, published on 02/27/2021 under the following license: Creative Commons: Attribution-NonCommercial-ShareAlike. This license lets others remix, tweak, and build upon this content non-commercially, as long as they credit the author and license their new creations under the identical terms. Please note that content linked from this page may have different licensing terms.