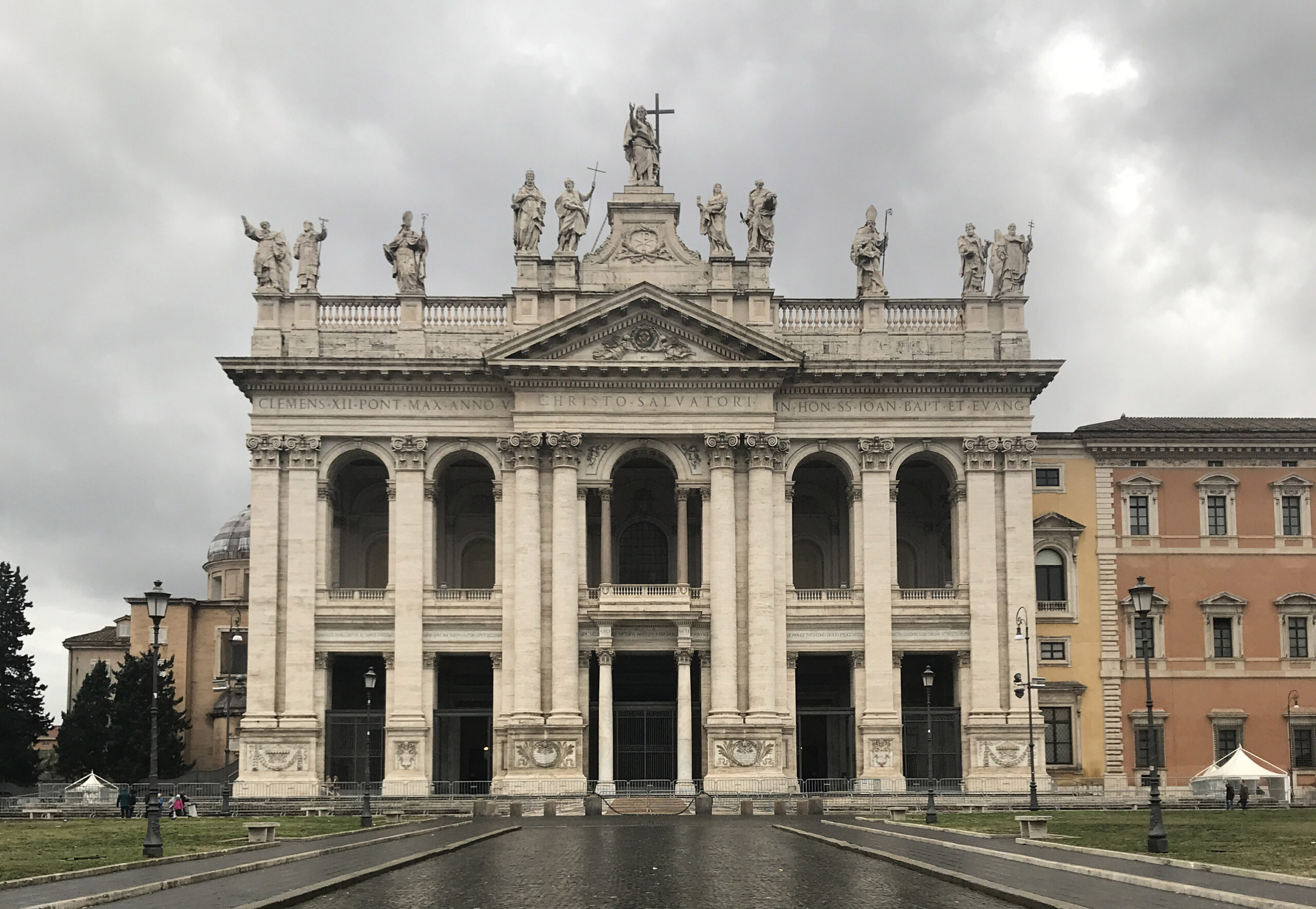 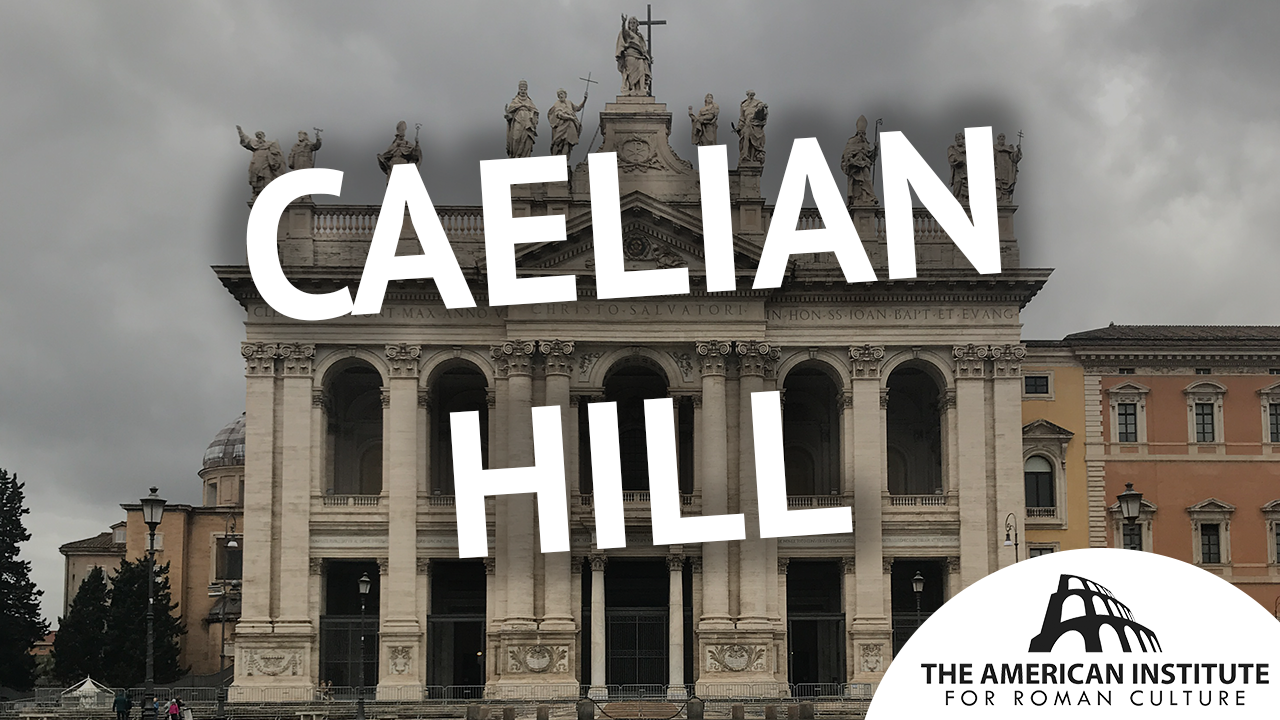 Caeliolus  or Caeliolum:  a part of the Caelian Hill  (Varro, LL V.46), appearing as Caeliculus or Caeliculum in Cicero (Reference Latin Library (de har. resp. 32), and probably the Caelius minor of Martial (XII.18.6). The vicus Capitis Africae, the modern via Claudia, seems to have divided the hill into two sections, and the smaller, eastern, section, was presumably the Caeliolus.  p88 This is now marked by the church of SS. Quattro Coronati (Gilb. II.32; HJ 223; BC 1914, 353; Eranos, 1923, 55).

Caelius Mons:  the most south-easterly of the hills of Rome, stretching west from the eastern plateau, from its junction with the Esquiline near the Porta Maggiore, in an irregular tongue about 2 kilometres long and 400 to 500 metres wide. This tongue ends in two points, like promontories, an eastern, probably called  Caeliolus (q.v.), where the church of SS. Quattro Coronati now stands, and a western, the site of SS. Giovanni e Paolo. South of the Caelian is the valley traversed by the brook now called the Marrana, part of which was the Vallis Camenarum (q.v.),  and on the north it was separated from the Esquiline by the low ground that runs east from the Colosseum. Part of the northern side of the Caelian seems to have been called Sucusa (q.v.) and this was probably just east of the Caeliolus. The height of the Caelian varies considerably, being 45 metres in the Villa Mattei and 54 in the Villa Wolkonsky.

The hill is said to have been called at first Mons Querquetulanus (q.v.), from the oak groves that covered it,  but this was perhaps an invention of the antiquarians to explain the Porta Querquetulana (q.v) of the Servian wall. In the reign of Tiberius the senate voted to call the hill Augustus mons, but this name never came into general use. In the Regionary Catalogues the second region of the city is called Caelimontium (q.v.).  Caelius itself was explained by the antiquarians as the name given to this hill in consequence of the settlement upon it of Caeles Vibenna and his Etruscan companions who came to the assistance of one of the Roman kings (Varro, LL V.46; Fest. 44, 355;  CIL XIII.1668, 1.21). It seems difficult to explain the existence of Caelius mons and Caelius, the name of a well-known plebeian gens, unless there be some connection between the two (Jord. I.1.186‑188.

Tradition varies in ascribing the addition of the Caelius to the city to Romulus (Varro, LL V.46), Tullus Hostilius (Reference: Liv. I.30.33; de vir. ill. 4)  Ancus Marcius (Cic. de rep. II.18; , Tarquinius Priscus, and Servius Tullius (or. Claudii, CIL XIII.1668), and is of course without value.

Both Caelius and Sucusa were included in the Septimontium (cf. Fest. 341, 348). The later ‘Servian’ wall, following undoubtedly the original line, crossed the Caelius about 250 metres west of the present church of S. Giovanni in Laterano, and thus included the western half of the hill within the area of the city, a condition that probably went back to the regal period. Whether this hill ever had its own fortifications is still undecided (Ann. d. Inst. 1871, 47; cf. Varro, loc. cit.; Jord. I.1.206; HJ 224).

p89  In Augustus’s division of the city, the Caelian fell into three regions — the western and southern slopes into Region I, the main portion into II, and the extreme eastern part into V. The hill was thickly populated during the republic, and we are told of an apartment house, belonging to Ti. Claudius Centumalus,  which the owner was ordered to demolish because it was so high as to cut off the view of the augurs. In 27 A.D. the hill suffered severely from a fire, and afterwards became a favourite place for the residences of the rich, which, with their gardens, seem to have occupied a considerable part of the whole (for the topography and monuments of the Caelian see HJ 220‑255; Pl. 428‑443; RE III.1273‑1275).

Where are the monuments of the Caelian Hill? 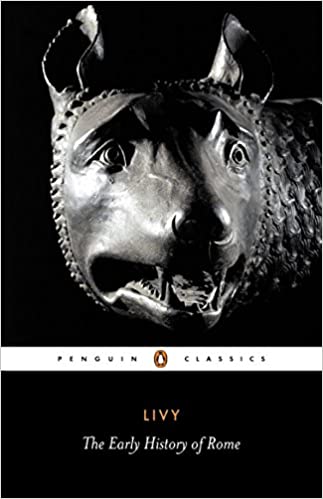 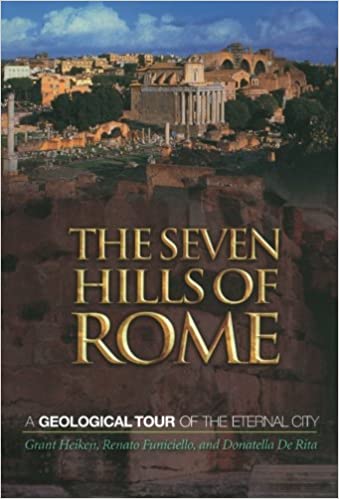 The Seven Hills of Rome: A Geological Tour Of The Eternal City Paperback – May 13, 2007 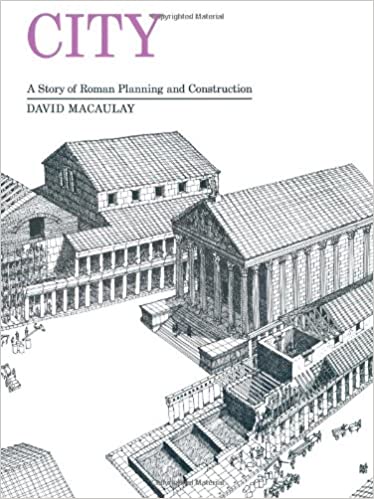 Created by The American Institute of Roman Culture, published on 06/23/2020 under the following license: Creative Commons: Attribution-NonCommercial-ShareAlike. This license lets others remix, tweak, and build upon this content non-commercially, as long as they credit the author and license their new creations under the identical terms. Please note that content linked from this page may have different licensing terms.