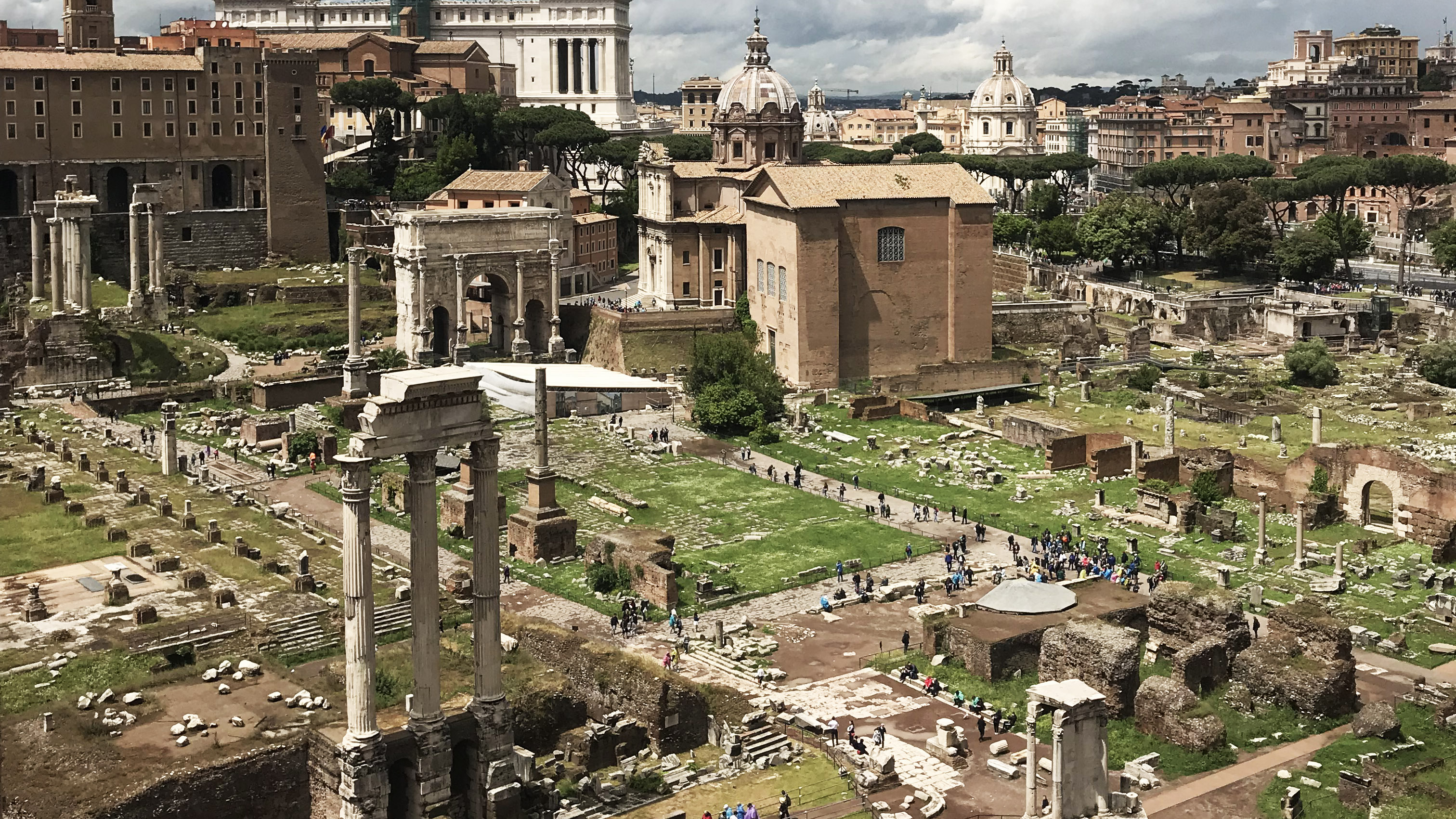 The Regal Period in Rome ran from 753 BC and the founding of Rome by Romulus, until 509 BC and the establishment of the Republic after the abolition of the monarchy due to the tyranny of Lucius Tarquinius Superbus.

The regal period is a time in which myth, oral tradition and history are blended together. Our primary literary source for the Regal Period is Livy, despite him writing in the Augustan period. The Seven Kings of Rome are:

It is to the Kings that our sources attribute many of the original building developments and introduction of religious rites and ceremonies.

Romulus is a warrior king, who founds Rome and starts it on it’s martial path, warring with local towns and overseeing the Rape of the Sabine women, and the subsequent Rome-Sabine War, which sees the Lacus Curtius founding myth occur, as well as the story of the foundation of the Temple of Jupiter Stator.

In contrast, Numa is a king of peace and it is he who founded a lot of the religious cults, beliefs, acts, and festivals of Rome. These include the Vestal Virgins, the priestly colleges of the flamines, pontifices, Salii, and the fetiales, the Temple of Janus, and the cult of Terminus.

The third king, Tullius Hostilius was, like Romulus, a warrior king. His warlike nature sees the conquest of Veii and Fidenae happen under his rule, as well as the destruction of Alba Longa. Another key hero-myth from the time of Hostilius is the war with Alba Longa that sees the triplets from both sides, the Horatii and the Curiatii battle it out as champions for each side, rather than a full-fledged war. The main building project ascribed to Hostilius is the construction of the Curia Hostilia, the original Roman Senate House.

Ancus Marcius was the fourth king, and we are told he was a mix of warlike and peaceful. He defeated several Latin towns and settled their citizens, now citizens of Rome, on the Aventine Hill. He also incorporated the Janiculum into the city, connected it to the main city by building the Pons Sublicius, and also constructed Rome’s first prison, the Mamertine. It is also under Ancus Martius that Rome expands to the sea, and the port of Ostia is founded.

The fifth king was Lucius Tarquinius Priscus, and it is under him that the wars against the Latins, Sabines and Etruscans continued. If you visit the Musei Capitolini and find the Fasti Triumphales, you’ll most likely be able to find Tarquinius mentioned for his victories against these groups. We also associate the expansion of the Senate to 300 members to Tarquinius. Perhaps his most lasting legacy though, is his building projects. According to the sources, Tarquinius built the Circus Maximus, the Cloaca Maxima, and began construction of the Temple of Jupiter Optimus Maximus on the Capitoline Hill.

Servius Tullius was the second Etruscan king, after Tarquinius the Elder. The penultimate king of Rome, it is Tullius that we ascribe the building of the Servian Wall to, this is despite the blocks being made of ‘grotta oscura’ tuff that was not mined from Veii until the 4th century. His other building works include the foundation of the Temple of Diana on the Aventine, Temples to Fortuna Primigenia and Fortuna Obsequens. He also expanded the city to include the Quirinal, Viminal and Esquiline Hills, founded the Compitalia festival, established the census, and like his predecessors, had military success against the Etruscans and Veii.

The last king, Tarquinius Superbus, seized power through overthrowing Servius Tullius, and then ruled rather harshly by all accounts. He took up arms against plenty of local cities, including Gabii, though he did renew the peace between Rome and the Etruscans. He finished the Temple of Jupiter Optimus Maximus, and continued work on the Circus Maximus and Cloaca Maxima. It is in the reign of Tarquinius that the Sibylline Books are offered to him, but he refuses due to the cost, this results in 6 of them being destroyed before he relents and purchases the last three. Tarquinius is overthrown in 509 BC due to the Rape of Lucretia by his son, and then spends years trying to reconquer Rome, which lends rise to the hero-story of Horatius at the Bridge, and the Battle of Lake Regillus.

Where are the sites of Rome from the Regal Period?