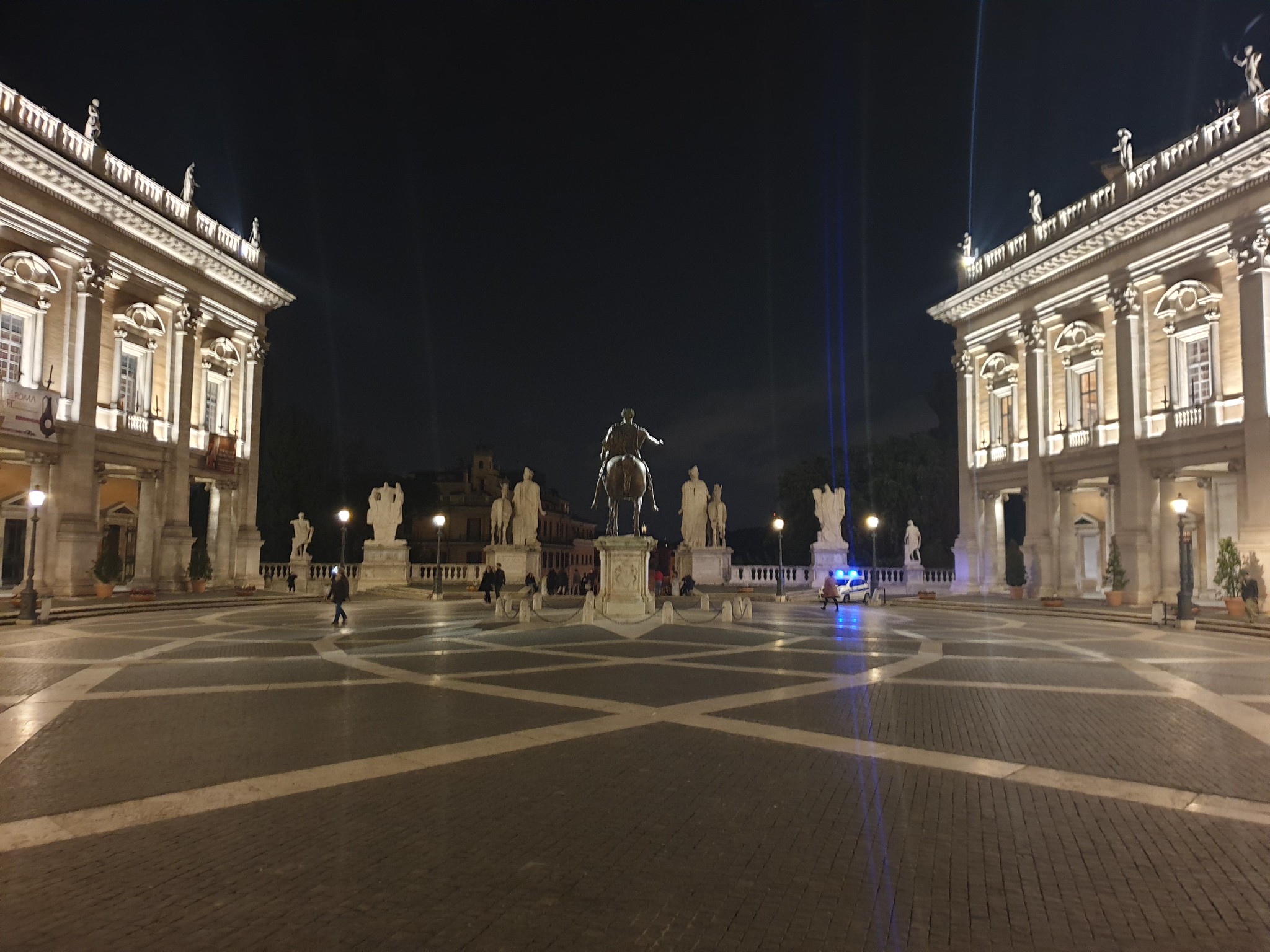 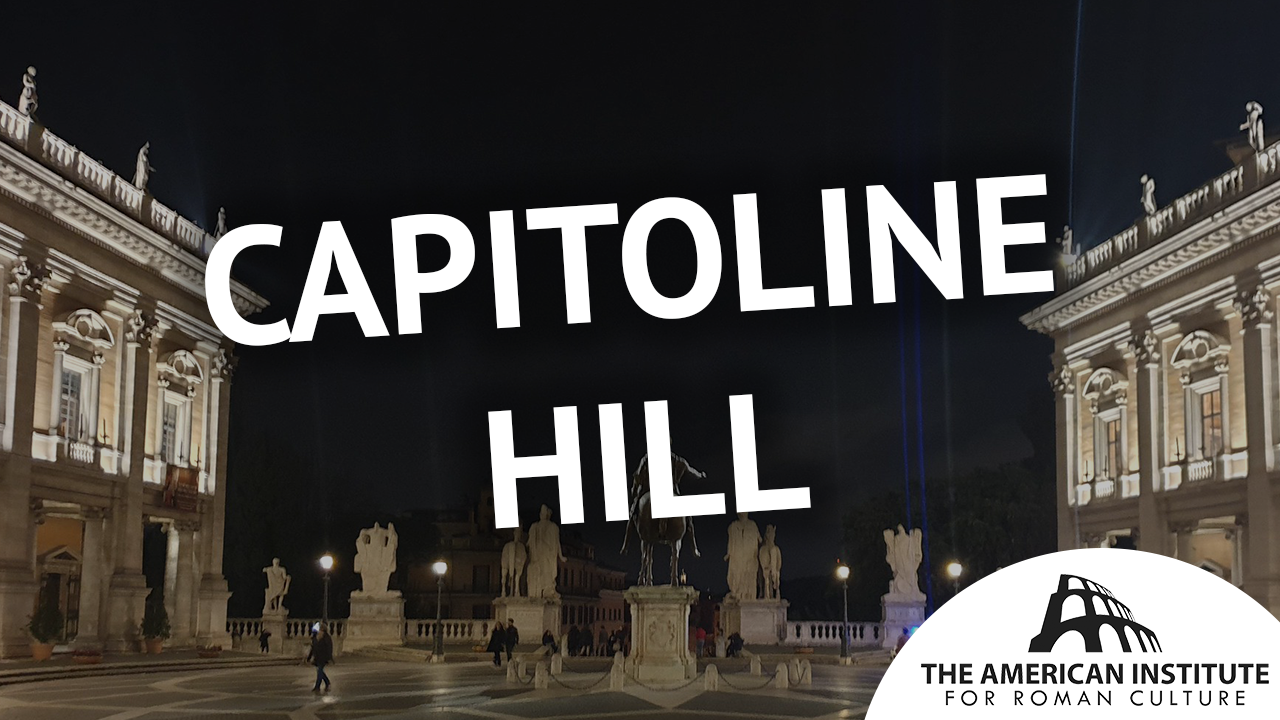 Capitolinus Mons: the smallest of the hills of Rome, with a length of about 460 metres and an average width of 180, lying between the forum and the campus Martius and extending in a general north-east — south-west direction.

It was surrounded by steep cliffs on all sides except the south-east, where it was accessible from the forum valley, and was composed of three distinct parts, the elevations at the north and south  p96 ends and the depression between them. The present height of the north summit at the church of S. Maria in Aracoeli is 39 metres above the mean level of the Tiber; that of the south summit, the Via di Monte Tarpeo, 38 metres; and that of the Piazza del Campidoglio, 30 metres.

In the earliest period the north elevation seems to have belonged to the Sabine settlement on the Quirinal. Possibly the south portion came into possession of the Palatine Romans, but at any rate the whole hill became part of the enlarged city at the stage known as the City of the Four Regions, when the Romans and Sabines had united, although it was not included in one of the regions themselves. This seems to have indicated that it belonged to the community as a whole. Originally the north summit — and presumably the south — was fortified in the usual way by escarpments and breastwork where the cliff was steep, and elsewhere by tufa walls, some traces of which have been found  When the Palatine and Sabine settlements were united, the wall of the enlarged city included the whole hill and ran along its north-east side, the line of the later so‑called Murus Servii Tullii (q.v.) Traces of the latter have been found at some points.

The principal approach to both summits of this hill was the Cilvus Capitolinus (q.v.) originally a path leading from the forum to the depression between the summits, where it divided; but the erection of the Tabularium (q.v.)  at the end of the republic, and of the mediaeval buildings, destroyed all traces of earlier conditions on the ridge between the elevations. There were also two flights of steps, the Centum Gradus  and (perhaps) the Gradus Monetae (qq.v), which led to the top of the hill from the forum side.

The Capitolium proper, or south summit, was occupied by the most famous of all Roman temples, that of luppiter Optimus Maxiumus Capitolinus (q.v.), and the Area Capitolina (q.v.) or space in which this temple and others stood; while on the north summit were the Arx and temple of luno Moneta (q.v.). During the first centuries of the republic, private dwellings were erected to some extent on the hill, for in the year 390 B.C. there was a guild of those who dwelt in Capitolio atque arce (reference Latin Library Liv. V.50); and after the treason of Manlius, a law was passed which forbade any patrician to live on either summit (Latin Library (Liv. VI.20). In spite of such prohibitions, the gradual destruction of the fortifications and the demands of a rapidly increasing population led to continual encroachments upon this quasi-sacred hill. In 93 B.C. a considerable tract, which had belonged to the priests, was sold and came into private possession (Oros. V.18; cf. also Cic. pro Mil. 64). By the middle of the first century the whole hill, with the exception of the area Capitolina, the actual sites of the temples, and the steepest parts of the slopes, was occupied by private houses Remains of these houses have been found on the Arx near the church of S. Maria in Aracoeli, and at the foot of the stairway leading from the Piazza d’ Aracoeli to the church (NS 1888, 497; 1889, 68; Mitt. 1889, 255; BC 1873, 111‑122, 143‑146; 1888, 331; see also Acciaresi, Giuseppe Sacconi (Rome 1911), p40, fig. 45; Capitolium II.270‑275; cf. Fea, Fasti 114).

Where in Rome is the Capitoline Hill?