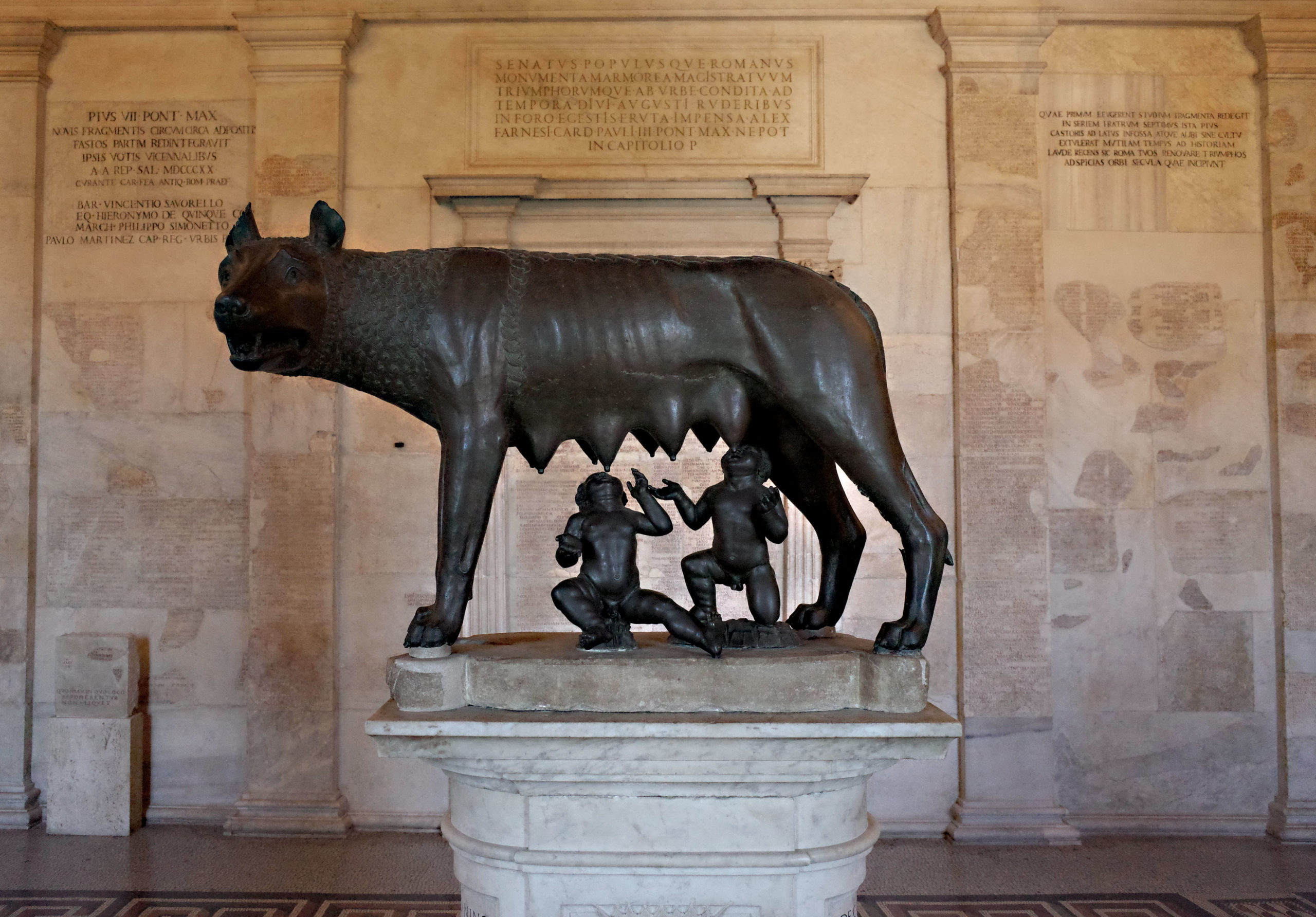 Ready, set, go!🏃History run through of Palazzo dei Comservatori, part of the Capitoline MuseumS, the oldest public museum in the world (1471)! And what a fantastic collection it is! Our walk starts in the courtyard, highlighting the Colossal statue of Constantine (from New Basilica by Forum) and provincial reliefs from the Temple of Hadrian. See my FB Live there on the Capitoline Museums' FB page. Then up the landing (Marcus Aurelius arch reliefs), Horatii-Curatii room (ceiling being restored thru private funding), Spinario bronze, She-wolf bronze (see my Facebook.com/dariusaryadigs), Marcus Aurelius bronze, and colossal bronze head, hand of Constantine! Last room see my Periscope.tv/dariusaryadigs! #discoverMiC #MiCRoma @museiincomune

Night at the museum. Marforio, temple of Isis statuary (Iseum in Campus Martius), dying Gaul, centaurs from Hadrian's villa, hall of philosophers, hqll of emperors, Capitoline Venus. Palazzo Nuovo is the 17C mirror of the 12C Palazzo dei Conservatori (revamped by Michelangelo in the 16C) across the Campidoglio piazza- completing my tour of the incredible Capitoline collection to #discoverMiC This evening the museums were open for a single euro! What a great initiative from @museiincomuneroma See you next week at Montrmartini, as I make my way through 21 museums of the city, each one unique and engaging. #meetrome #ancientromelive #MiCRoma check out my live streaming on my FB and Periscope (dariusaryadigs) and FB live on Capitoline Museums page✌️️

The Capitoline Museums is the oldest public museum in the world.  The collection got its start with a noteworthy donation by Pope Sixtus IV of ancient bronze statues previously assembled in the Lateran palace.  The arrival of the statuary on the Capitoline Hill was met with the eventual housing of the works (and more donations) in the Conservator’s Palace.   By the time that Michelangelo was working on the Renaissance-era configuration of the  Campidoglio plaza, his vision included a second building, to mirror the already existing Conservator’s Palace.  This new wing was completed a century later.  The main building in the piazza, Palazzo Senatorio, has remained the secular center of Rome; the mayor has her office there, and city officials convene there, but underneath, a separate corridor was constructed to accommodate a collection of inscriptions, as well as lead to the so-called Tabularium structure, that in part sustains Palazzo Senatorio, and also affords an amazing view of the Roman Forum, below.
Together, these three areas- Palazzo Conservatori, Tabularium- inscription hall, and Palazzo Nuovo- constitute the  Capitoline Museums.   The museum also features an important painting collection in the Pinacoteca area and a public bar/ restaurant with a terrace that gives a great view of the southern Campus Martius.
There are too many artworks of the collection to list, but here are a few highlights.  For the Conservator’s Palace:  the entrance courtyard includes the province reliefs from the Temple of Hadrian and the colossal statue of Constantine from the Basilica of Maxentius.   The first landing contains the reliefs from the lost arch of Marcus Aurelius in the Roman Forum.  On the main floor, the series of rooms, once used for city government and papal meetings, are painted with scenes from Rome’s mythic foundation and early Republic.  A series of smaller rooms includes the Spinario, Brutus, and bronze krater in one room, and the bronze she-wolf  and consular-triumphal fast in another.
The new main hall in the back features the Marcus Aurelius equestrian statue and the colossal bronze head of Constantine.  The room also reveals  a massive foundation wall of the Temple of Jupiter Optimus Maximus. Behind it is a collection of work from the archaic period of Rome, including archaic period works from the S. Omobono sanctuary.  The gilded bronze statue of Hercules found in the Forum Boarium stands alone, nearby.  Then, there is a series of rooms dedicated to artwork from various garden estates (horti) from around the city.  Upstairs is the Pinacoteca (painting gallery).
The New Palace features, in the courtyard, the colossal Marforio statue from the forum and a collection of Egyptian statuary from the Iseum of the Campus Martius.  Upstairs, highlights include the dying Gaul, drunken faun, two black centaurs, hall of philosophers (busts), hall of emperors (busts), the Capitoline Venus, and mico-mosaics from Hadrian’s Villa.   This is truly one of the greatest collections of Roman art- primarily bronze and marble- in the world.  It is an essential museum to visit, and one that always offers something new to discover!

Where in Rome are the Capitoline Museums?

Created by The American Institute of Roman Culture, published on 04/09/2020 under the following license: Creative Commons: Attribution-NonCommercial-ShareAlike. This license lets others remix, tweak, and build upon this content non-commercially, as long as they credit the author and license their new creations under the identical terms. Please note that content linked from this page may have different licensing terms.