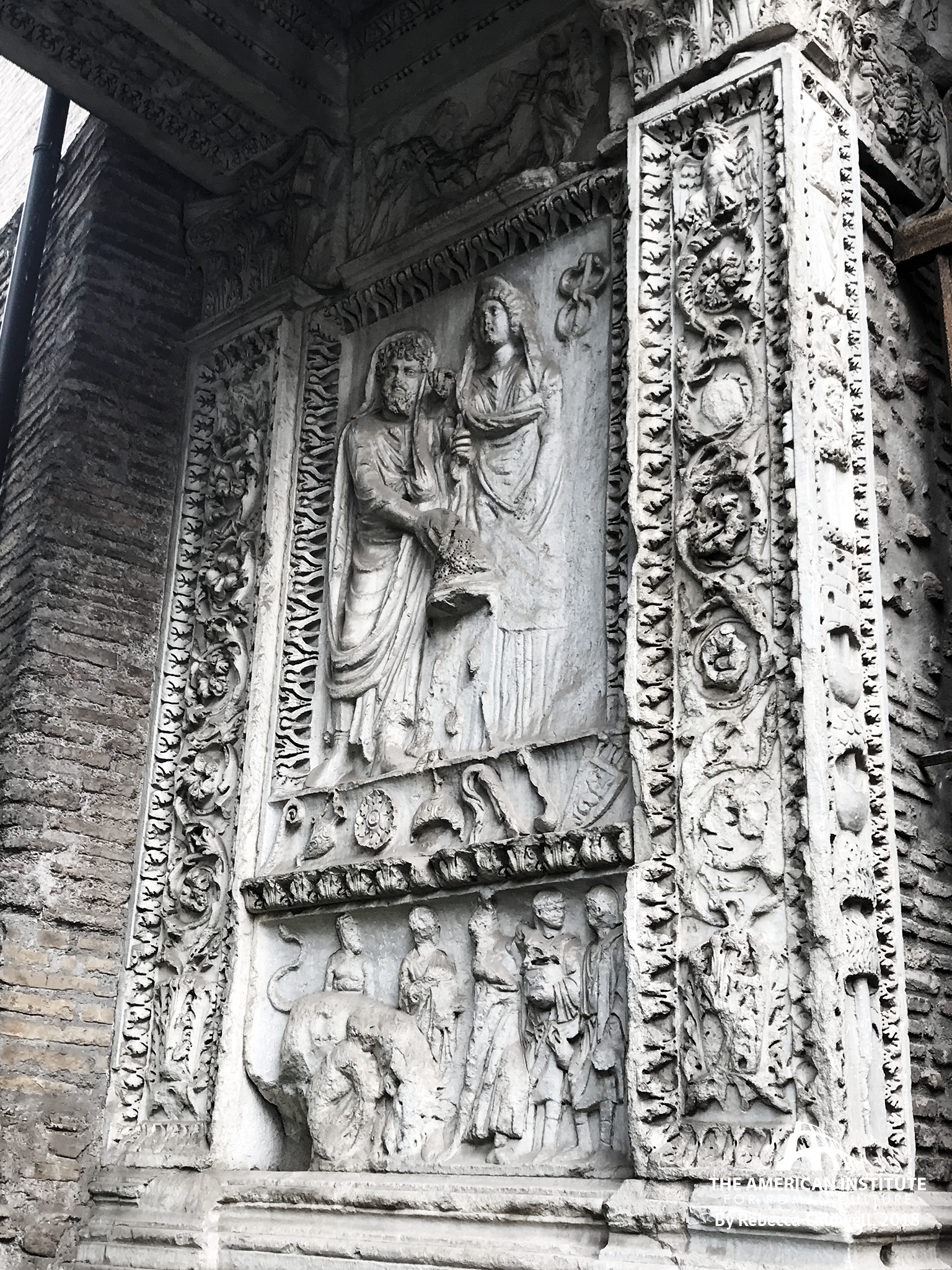 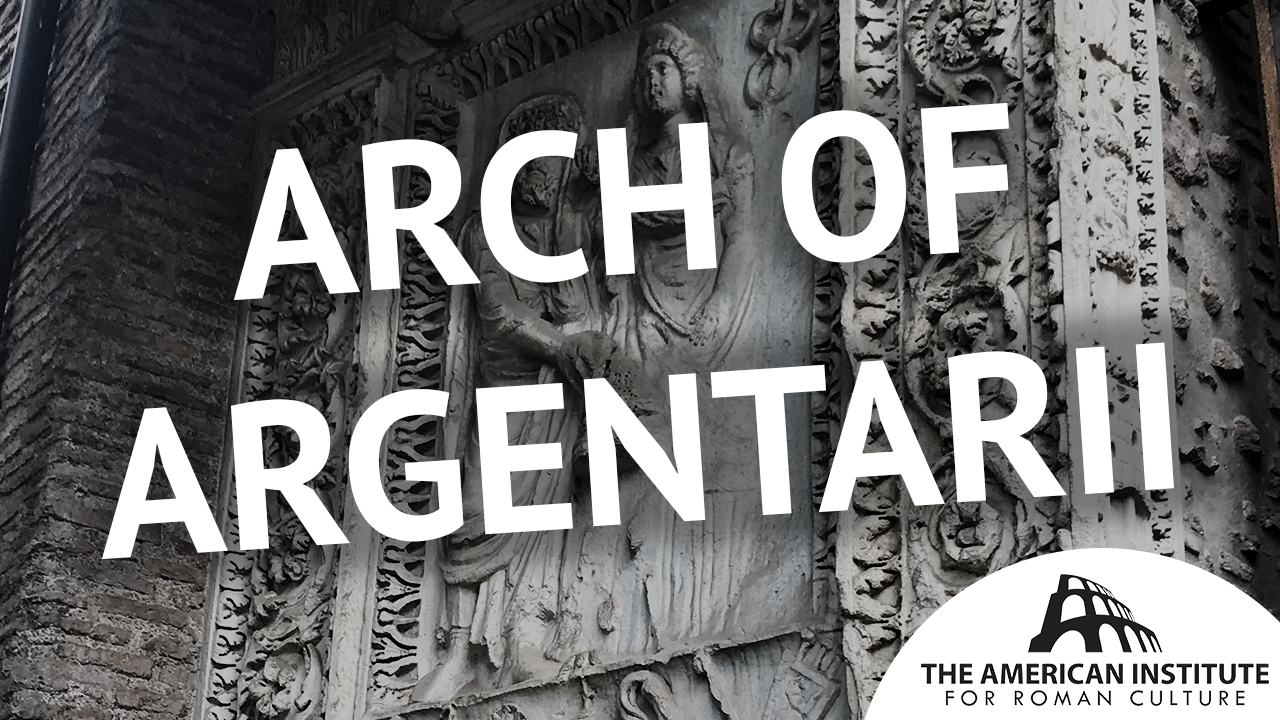 The Severan-era arch was commissioned by the bankers and merchants of the Forum Boarium (AD 204)  in honor of the emperor Septimius Severus, according to the dedicatory inscription (CIL 6.1035). The entire monument, abutted by the much later S. Gorgio al Velabro church (7-9C), served to announce the entrance to the Forum Boarium from the Velabrum neighborhood. Richly drilled decorative motifs frame the panels from top to bottom.  The central interior scenes depict on one side Septimius Severus, Julia Domna, and erased son Geta, and on the other: Caracalla and erased images of father in law Fulvius Plautianus and his daughter (Caracalla’s wife) Fulvia Plautilla. Other reliefs record a scene from the forum boarium, cattle sacrifice, and Hercules himself. The lower walls of the arch are bare, probably to avoid any damage to the rich reliefs.

This is one of the best preserved monuments in Rome, preserved almost in its entirety with its inscription intact. Today, the entire monument is surrounded by a high fence. 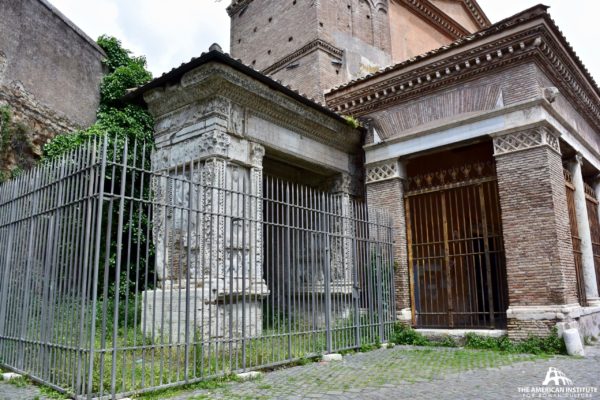 Arcus Septimi Severi (in foro Boario), Arcus Argentariorum or Monumentum Argentariorum:   modern names given to an arch, which probably served as an entrance to the Forum Boarium that stands at the south-west angle of the church of S. Giorgio in Velabro, the campanile resting partly upon one pier of the arch and concealing two of its sides. It was erected in 204 A.D. by the argentarii et negotiantes boarii huius loci qui invehent, in honour of Septimius Severus, his wife, his sons Caracalla and Geta, and Caracalla’s wife Fulvia Plautilla, the daughter of Plautianus (CIL VI.1035; cf. 31232).  The Inscription seems to have been modified thrice — after the fall of Plautianus in 205, after the murder of Plautilla in 211, and after the murder of Geta in 212.

The arch is not a true arch, but a flat lintel resting on two piers, and is entirely of marble, except the base, which is of travertine. It is 6.15 metres in height and the archway is 3.30 metres wide. At the corners of the piers are pilasters with Corinthian capitals, and the whole exterior surface is adorned either with coarse decorative sculpture or reliefs representing sacrificial scenes. On the inside the figures of the imperial family are carved in relief (those of Plautilla and Geta have been removed); the ceiling is cut in soffits, and the inscription is on the lintel (Bull. d. Inst. 1867, 217; Jord. I.2.470; PAS II.70; LS III.42;   Mél. 1924, 111‑150; Fiechter and Hülsen ap. Töbelmann I.88‑96; SScR 305; Reinach, Rép. des Reliefs, I.271‑272).

Where in Rome is the Arch of Argentarii?