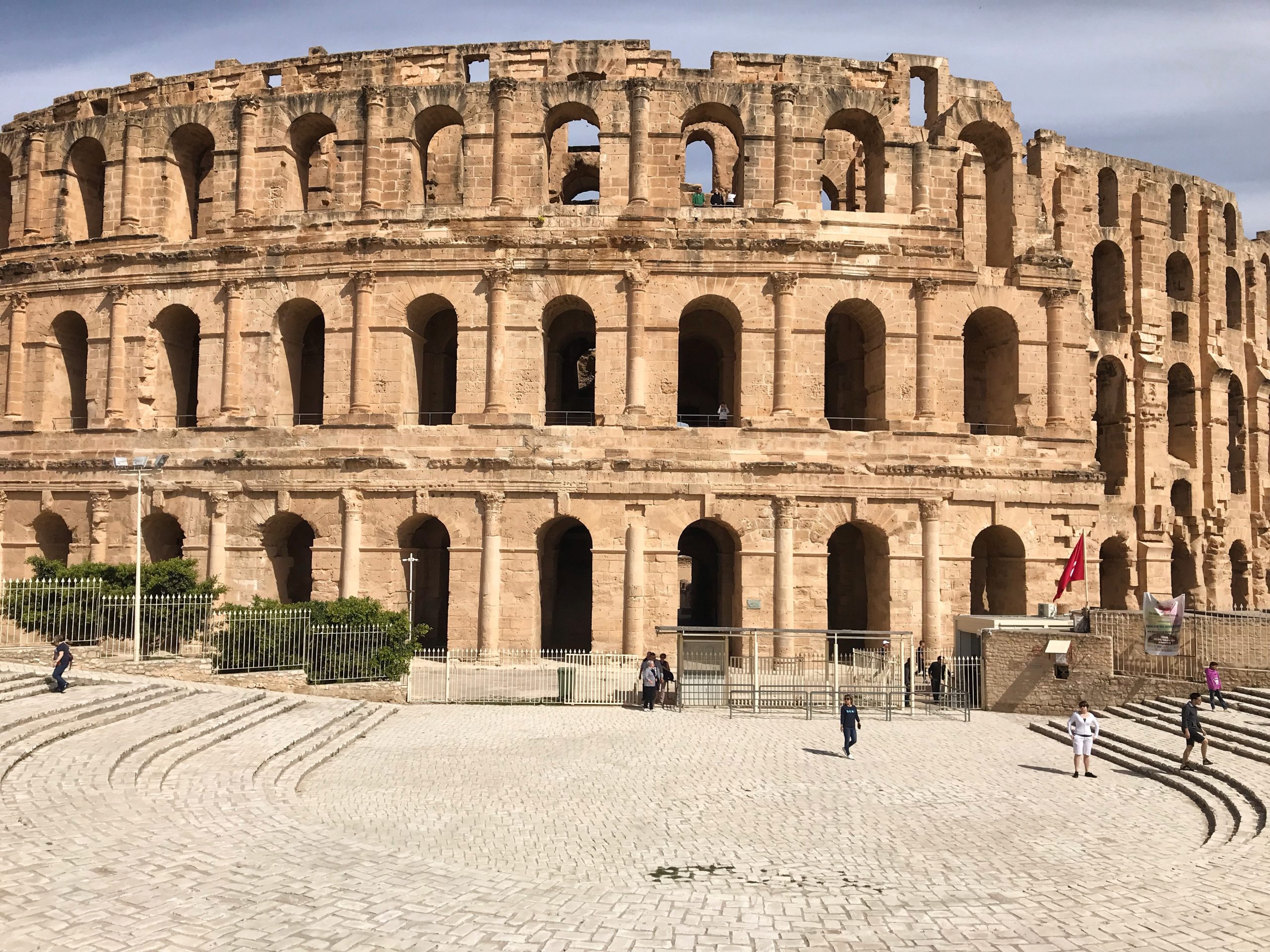 CITIES OF THE ROMAN EMPIRE

Ancient Thysdrus (the modern city of El Djem, Tunisia) was one of the largest cities in the entire Roman province of Africa. The city’s wealth came from its cross-roads position and control of a massive production of olive oil and grain.  The city flourished in the Severan period, and in the early third century AD created a new amphitheater (there were already two in the city) that was to be the largest ever built in Africa. Today, this amphitheater is one of the best preserved gladiator venues from the entire Roman Empire.  Its size and scale and beauty are awe inspiring and reflect the reach of Rome. At the time, the monument has its own unique qualities, just as the citizens of Thysdrus rose up to nominate Gordian emperor of the Empire in AD 238. Such as the reach and influence of Thysdrus on the rest of the Empire.

Where in the world is El Djem?