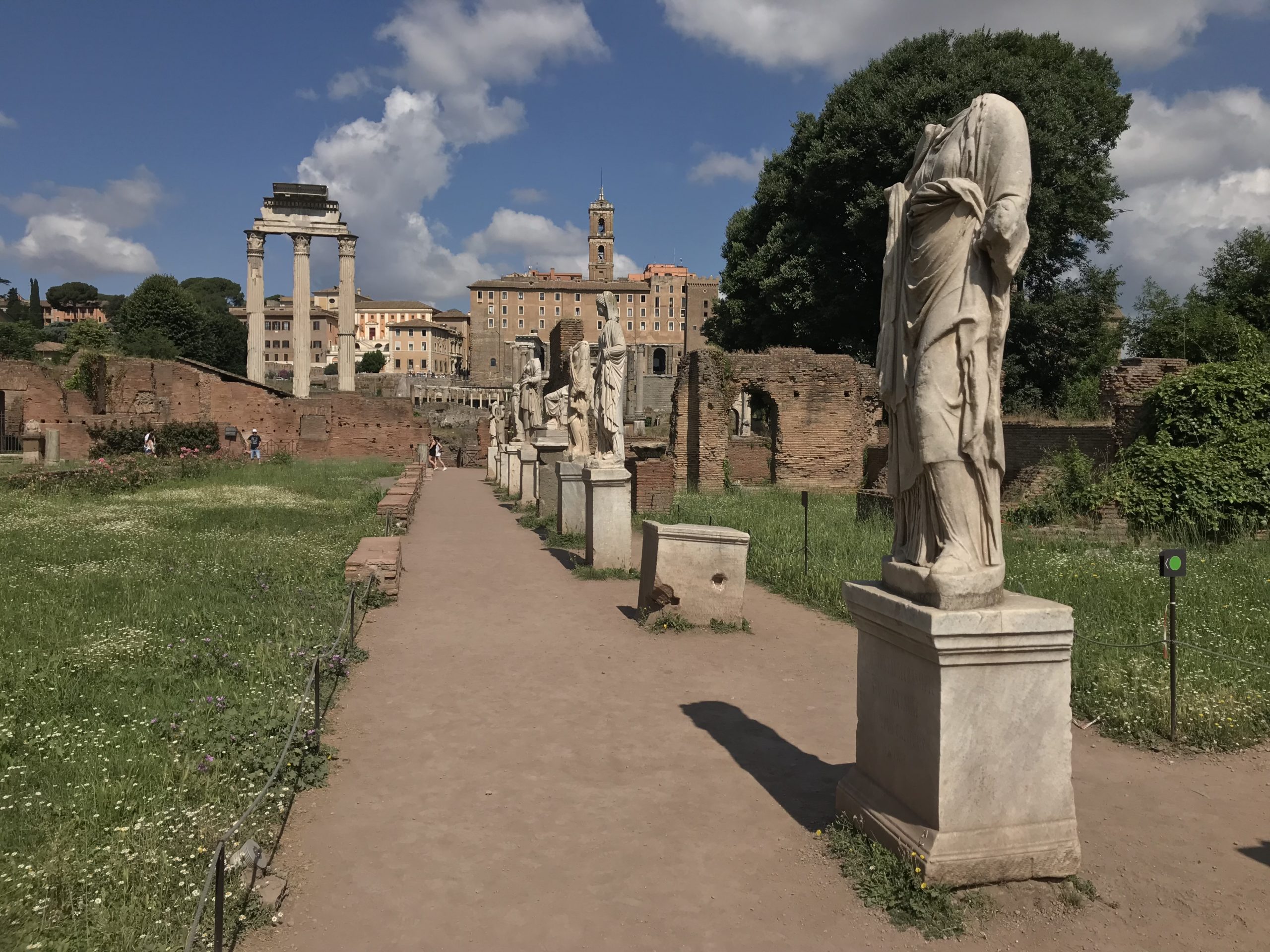 As with the discussion in “layers of Rome” we can discuss many “Romes”, each one built in response to a devastating event in the city. Due to frequent fires, floods, and earthquakes, Romans rebuilt their city several times over, throughout Antiquity, until they no longer had the labor and financial resources to do so.

So many times, we note on building inscriptions that they stood, a rebuilding after a fire (e.g., Temple of Saturn, Portico of Octavia).  Of course the largest, most destructive fire in imperial times was Nero’s Fire of 64 that destroyed nearly three-quarters of the city (Tacitus, Ann.15.38-44).  Many other noteworthy floods include the fires of 80 and 110 in the Campus Martius, the fire of Commodus in 193 that destroyed the Forum of Peace, and the fire of Carinus in 283, damaging the Roman Forum.

A pair of dedicatory inscriptions by the city prefect in AD 484 set up by the Colosseum reminded spectators that the arena area had been reconstructed after a “terraemotus”.  Looking at the Column of Marcus Aurelius, we can also note the slight shifting of the massive drums, due to an earthquake, that explain why the upper half of the relief of the Victoria figure no longer lines up with the lower half.

Floods were recorded through the centuries, destructive, but not frequent enough to warrant the drastic measures taken in the late 19C and the creation of the flood walls that still stand today.  In Antiquity it was essential to maintain the rigorous contact the city had with the Mediterranean through the Tiber River.

Ancient Rome was crowded and dangerous, with fire hazards leading to massive urban destruction.  Earthquakes struck over the millennia and more frequently so did flooding. The Romans remained resilient, responding with better constructions, finally resorting to the reutilization of structures for new purposes, thereby preserving much of the city’s ancient urban footprint.

Where were the important sites in the destruction of Rome?