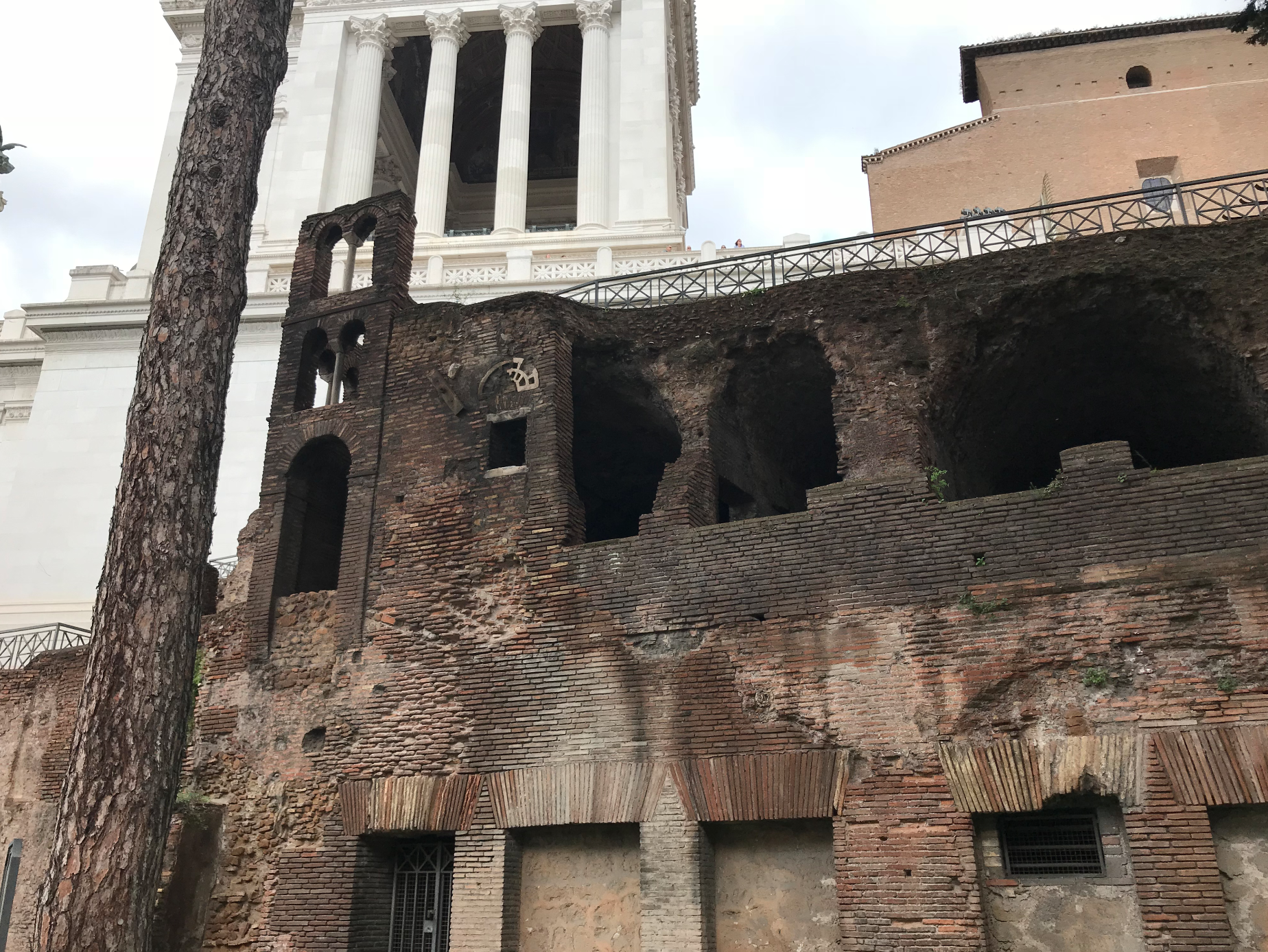 This apartment building is Rome’s best preserved and most visible insula, dating to the 2C AD. Five stories are preserved, as are the rooms, butting up against the staircase of the Aracoeli Church.

It was spared destruction in the medieval period because the S. Rita church (17C) abutted it.  It was revealed when the church was demolished for the construction of the Vittoriano monument in 1927.  It is isolated today but in antiquity there was a series of insulae that abutted the Capitoline hill, though destroyed in the construction of the Via del Teatro di Marcello, part of the Via del Mare enterprise of Mussolini. 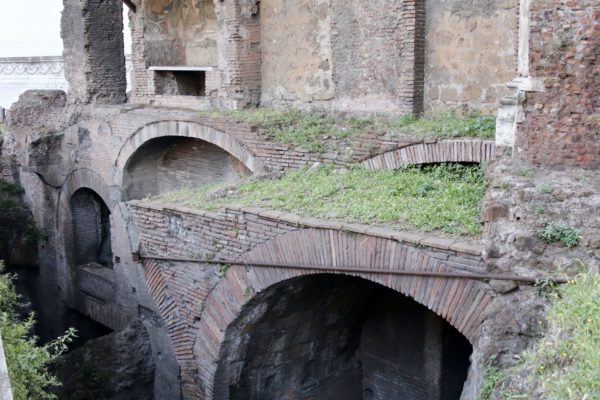 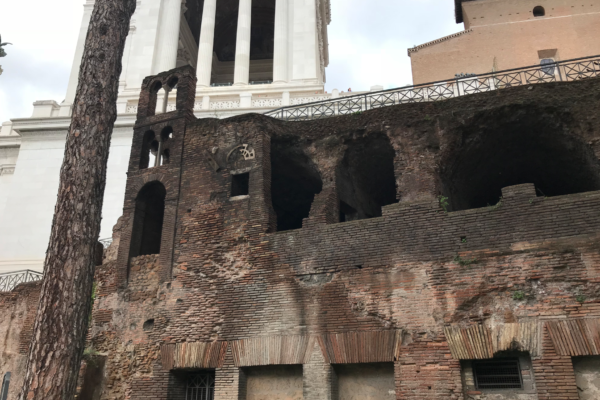 Where in Rome is the Capitoline Insula?