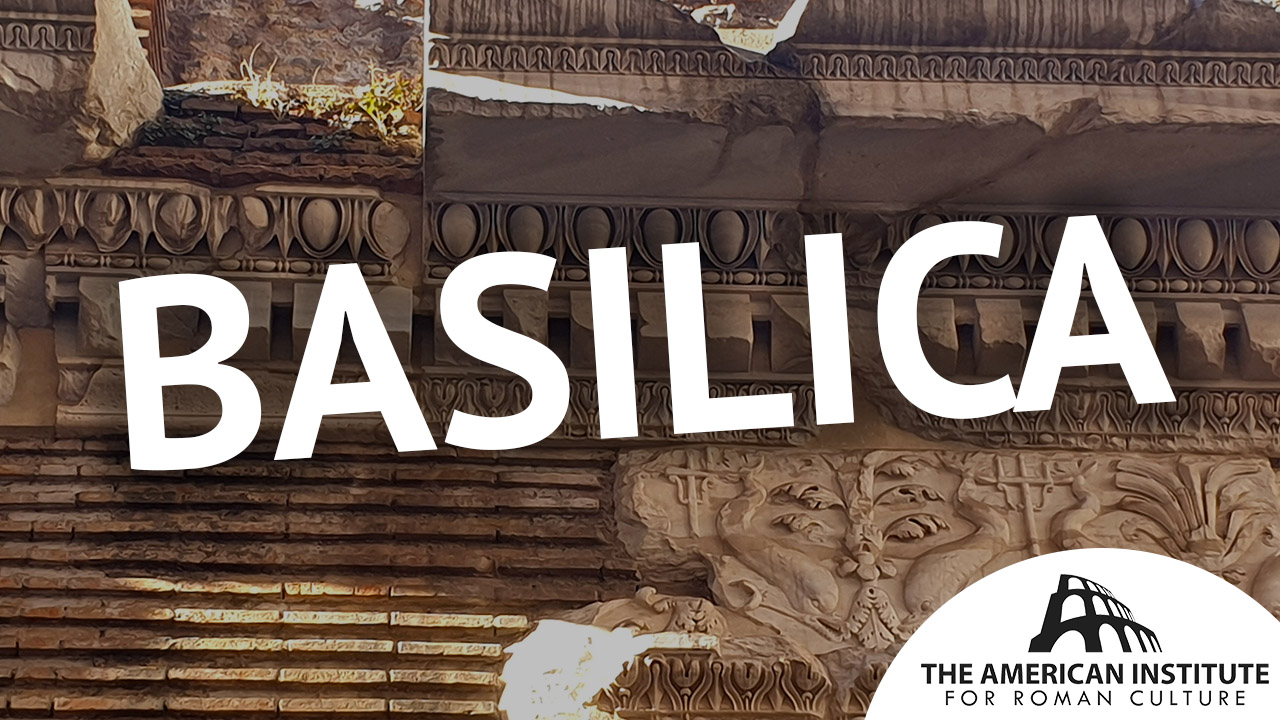 The term comes from the Greek word “kingly hall” to describe the covered public hall or stoa that the Romans first built in the forum area in the second century BC for conducting legal and business activities. The Basilica Porcia was first basilica built in Rome (184 BC), overlooking the forum, but it was the Basilicas Aemilia and Sempronia. created slightly later, that gave a regularized shape to the central forum piazza.

(Pol. Silv. 545), Constantiniana (Chron. 146; Not. app.) or Nova (Not. Reg. IV.): begun by Maxentius but completed by Constantine (Aur. Vict. Caes. 40. 26: adhuc cuncta opera quae magnifice construxerat urbis fanum atque basilicam Flavii meritis patres sacravere) on the north side of the Sacra via, a site previously occupied, in part at least, by the horrea Piperataria (Chron. cit.) of Domitian.

The basilica stood on an enormous rectangular platform of concrete 100 metres long and 65 wide, and consisted of a central nave 80 metres long, 25 wide and 35 high, with side aisles 16 metres wide and 24.50 high. These aisles were divided into three sections by walls pierced by wide arches and ending on each side of the nave in massive piers. In front of these piers and at the corners of the nave were eight monolithic columns of marble, all of which have been destroyed except one that was removed by Paul V in 1613 to the Piazza di S. Maria Maggiore, where it now stands (LS ii. 209; JRS 1919, 180). The height of the shaft of this column is 14.50 metres, and it is 5.40 metres in circumference. On the piers rested the roof of the nave, divided into three bays with quadripartite groining. The ceiling was decorated with deep hexagonal and octagonal coffers. For the entasis see Mem. Am. Acad. iv. 122, 142.

The facade of the basilica as built by Maxentius was towards the east, and at this end was a corridor or vestibule, 8 metres deep, which extended across the whole width of the building. From this vestibule there were five entrances into the basilica, three into the nave, and one into each of the aisles. A flight of steps led up from the street in front to the vestibule, which was adorned with columns. At the west end of the nave was a semicircular apse, 20 metres in diameter, in which the fragments of the colossal statue of Constantine, now in the Palazzo dei Conservatori, were probably found in 1487 (HC 242; Cons. 5, il ff.). The statue probably sat in this apse, which would have been its natural place.

Constantine spoilt the original conception of the building when he constructed a second entrance from the Sacra via in the middle of the south side, where he built a porch with porphyry columns (?) and a long flight of steps (Ill. 10). Opposite this new entrance he constructed a second semicircular apse in the north wall, as large as that at the west end of the nave but lower (PBS ii. pls. 16, 59; CR 1905, 76). Thenceforth the basilica produced the same impression-of three parallel halls-whether one entered it from the south or from the east.

Besides the foundation, which has been almost wholly uncovered, the north wall and the north aisle-or, as it rather appears, the north sections of the three halls regarded as running north and south-are still standing. The semicircular apse in the central hall contains sixteen rectangular niches in two rows, with a pedestal or suggestus in the centre. A marble seat with steps runs round the apse, which was separated from the rest of the hall by two columns and marble screens, thus forming a sort of tribunal. Nothing of the nave remains except the bases of the great piers. The core of the porch and of the flight of steps leading down to the Sacra via is still visible, and several fragments of the porphyry columns have been set up, but not in situ. Of the pavement of slabs of marble considerable fragments have been found (Mitt. 1905, 117).

The material employed in this basilica was brick-faced concrete (AJA 1912, 429-432), and the great thickness of the walls-6 metres at one point at the west end-and the enormous height and span of the vaulted roof made it one of the most remarkable buildings in Rome. The magnificence of its interior decoration was commensurate with its size and imposing character. It was modelled on the central halls of the great thermae.

The north-west corner of the basilica joined the wall of the forum of Vespasian, thereby cutting off the previously existing thoroughfare between the forum Romanum and the district of the Carinae. Maxentius therefore constructed a passage-way under the north-west corner of the building, about 4 metres wide and 15 long. In the Middle Ages this was known as the Arco di Latrone 3 from its dangerous associations (JRS 1919, 179). For the road round the back of the north-eastern apse see LS ii. 211 ; PBS ii. 17. 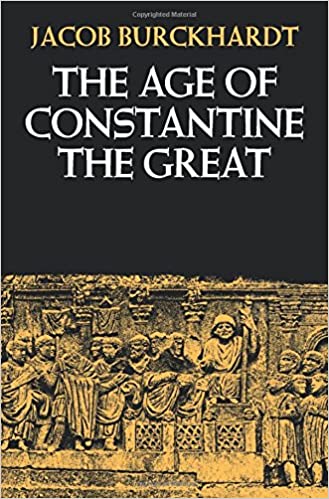 The Age of Constantine the Great First Edition

Created by The American Institute of Roman Culture, published on 04/06/2021 under the following license: Creative Commons: Attribution-NonCommercial-ShareAlike. This license lets others remix, tweak, and build upon this content non-commercially, as long as they credit the author and license their new creations under the identical terms. Please note that content linked from this page may have different licensing terms.