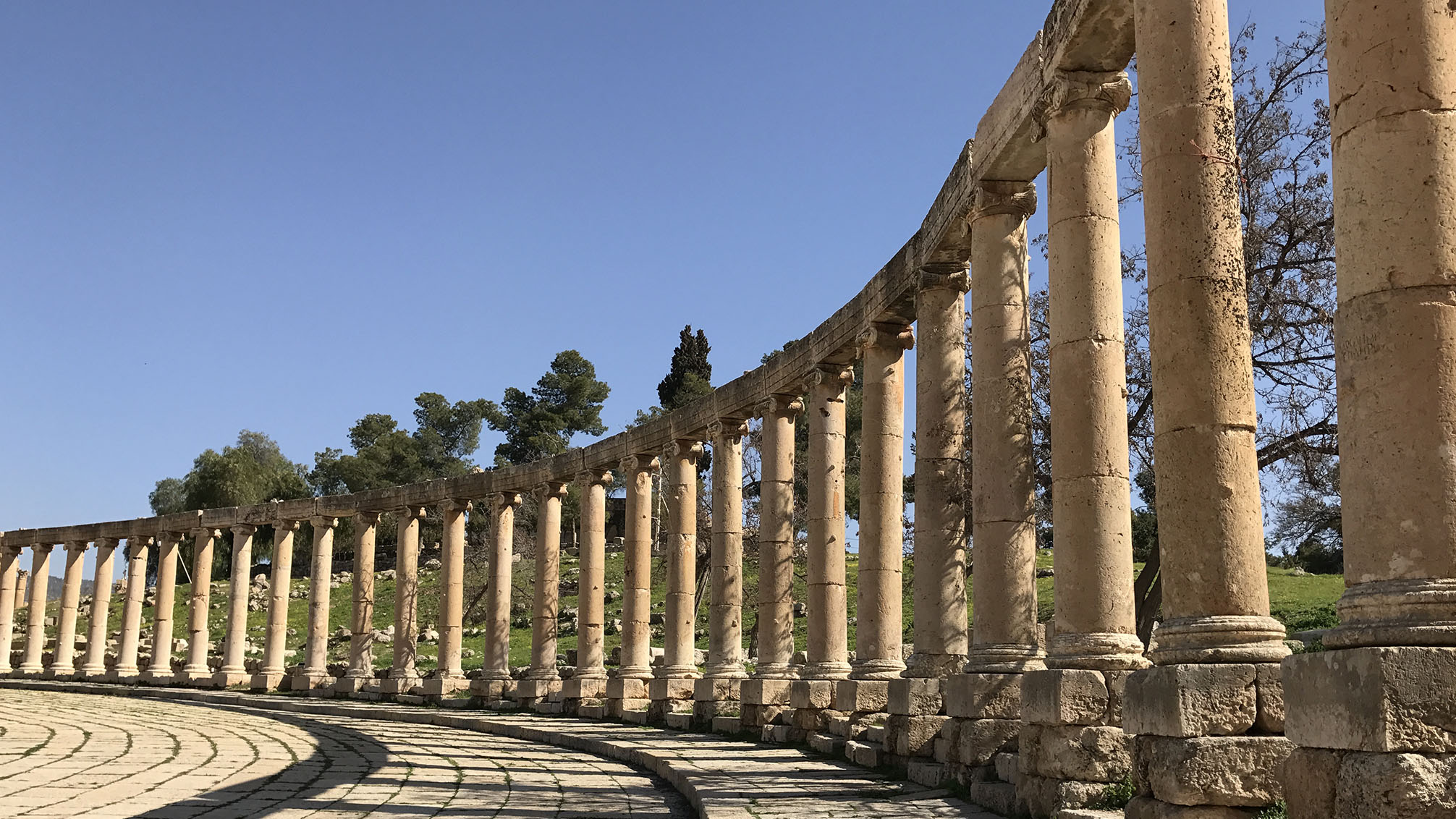 One of the best preserved Roman- era cities from the empire, Geresh is a stunning example of an imperial-era city.  Located just an hour outside of Amman, this impressive town has all of the components of what makes a Roman town: baths, theater, arch, forum, temples, and more.  At the same time we’ll example the characteristics that make it truly unique and its own transition from empire to Christian then Muslim city.