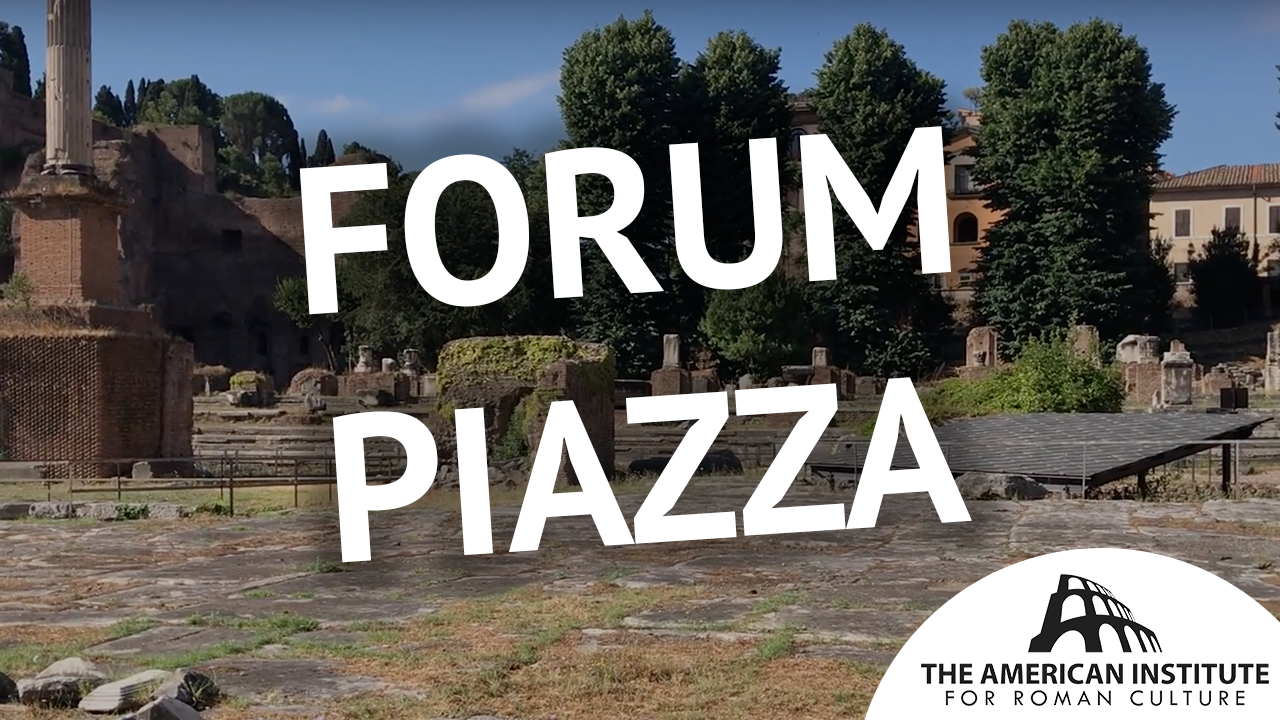 The Roman forum is a piazza, today fenced off from visitors, about the size of a football field that is the epicenter of the forum.  The pavement in travertine is preserved up to 75 percent of the area, though it is unclear today due to the invasive grass and other vegetation growth that mars the surface of the travertine pavers. There are the remains cut into the pavement that detail dozens of lost monuments and statue bases.  On the eastern end, there is the remains of the late Antique forum, partially demolished by excavators who thought it was a medieval monument. The south side is hemmed in by a series of honorary columns on massive brick piers.  The west side is determined by the imperial rostra, which fronts the remains of the Caesarian rostra (partially visible).  East of this rostra are the Column of Phocas and replanting of the vine, olive tree, and fig tree that once adorned the forum in Antiquity. Further east is the Lacus Curtius, a spring whose balustrade is partially preserved from the Augustan period.  More central monuments included the equestrian statue of Domitian, whose exact location is debatable, and the slightly raised construction that should be the remains of the base of the equestrian statue of Constantine, on axis with the late Antique rostra. 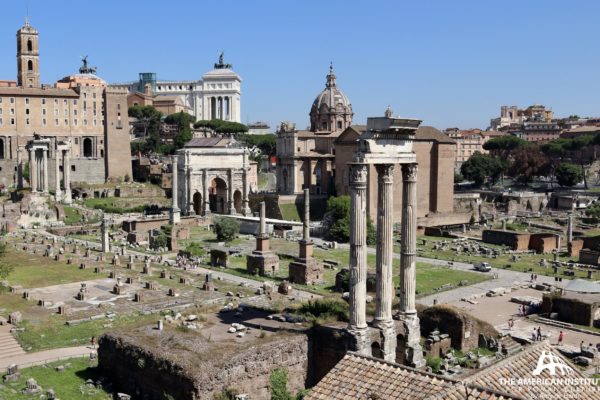 Where in Rome is the Forum Piazza?

Created by The American Institute of Roman Culture, published on 06/05/2020 under the following license: Creative Commons: Attribution-NonCommercial-ShareAlike. This license lets others remix, tweak, and build upon this content non-commercially, as long as they credit the author and license their new creations under the identical terms. Please note that content linked from this page may have different licensing terms.