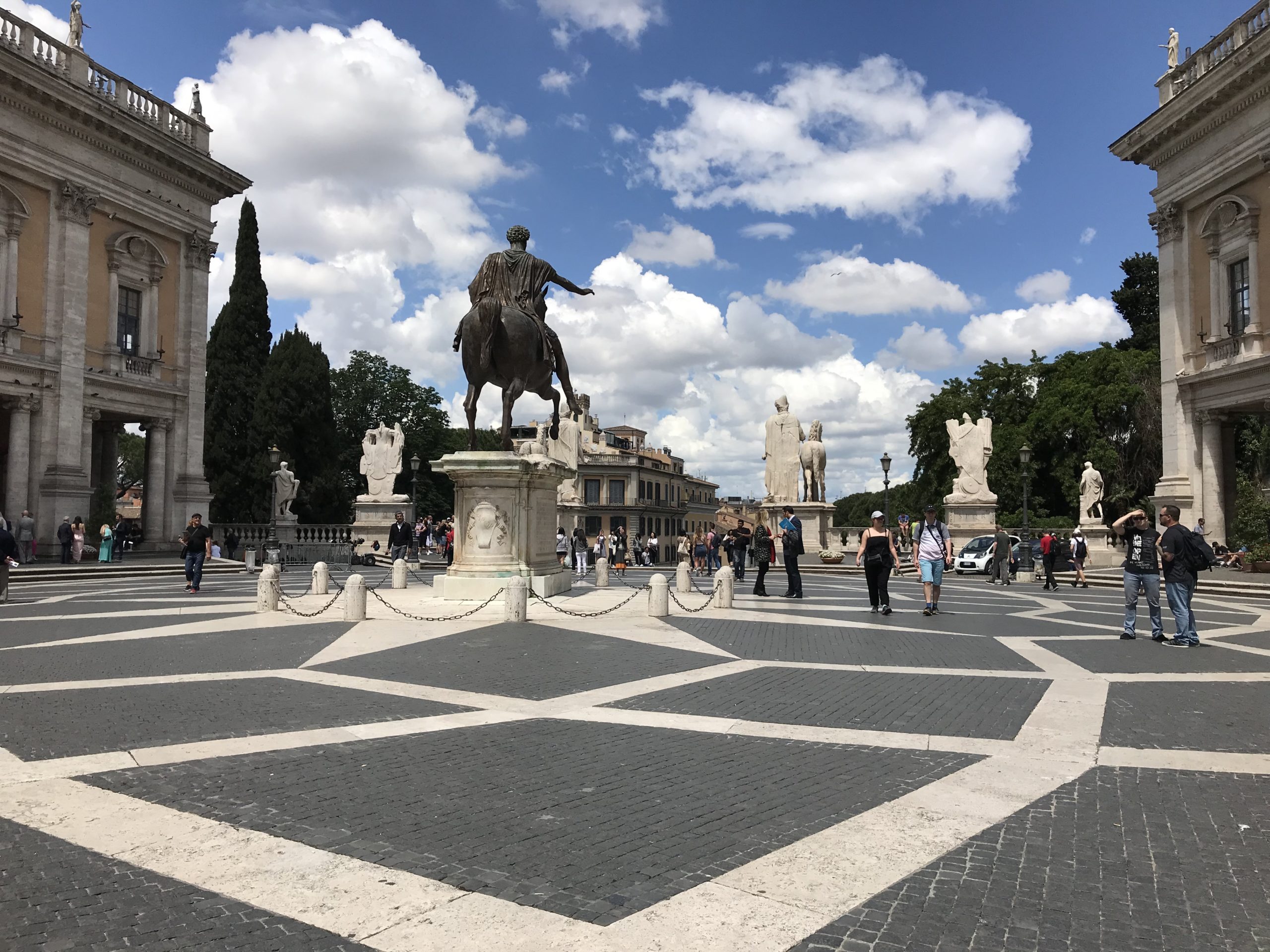 The geology of Rome has a very important role in Rome’s history, development and preservation. It is essential to understand the make up of the city, its tuffs and water supplies and the effect it had on Roman urban development.

Tuffs are locally present due to their formation from volcanic pyroclastic flows 600,000-300,000 years ago from the Monti Sabatini volcanic fields and from Castelli Romani, approximately 30 km from Rome.

As Roman power extended they sought out better tuff qualities. Famously, they exploited the “grotta oscura” tuff after they destroyed Veii, the southernmost Etruscan city, in 396 BC.

In the second century BC, Rome began using travertine, a hard white limestone from the quarries of Tibur (modern Tivoli).  The transport was very cost effective, as they loaded the material onto boats in the local river Anio, which was a tributary of the Tiber River.

Marble came still later, by conquest of Greek territory and their famous quarries.  The first marble temple dates to the middle of the second century BC. Julius Caesar opened up the Carrara marble quarries in Tuscany, and the true flood of colored marbles came under Augustus through the second century AD.

Where did the Romans find their building materials?