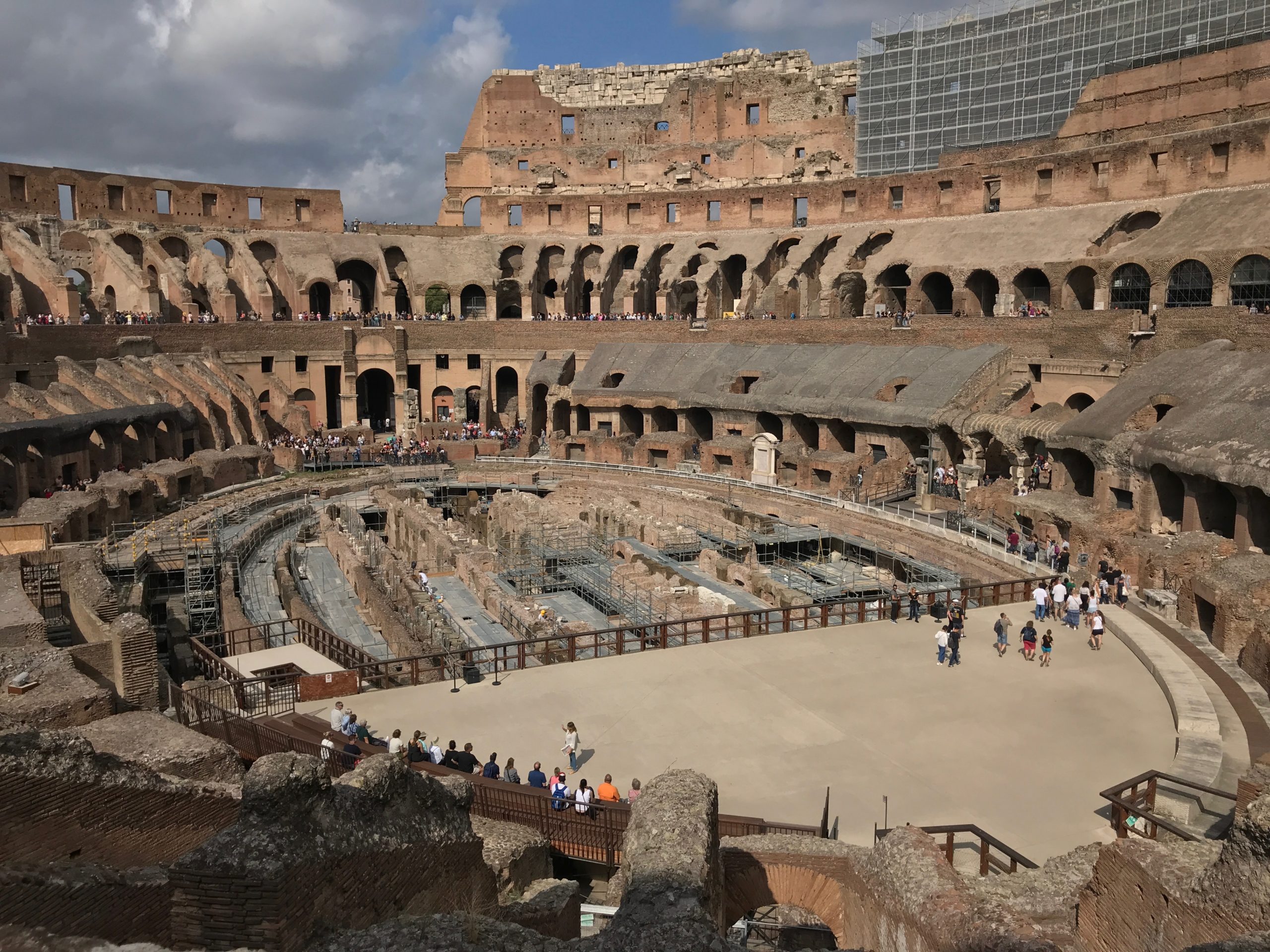 Ancient Rome was the largest city in antiquity between the first century BC and second century AD, perhaps reaching 1,000,000 inhabitants.  No city was as large until the Industrial Revolution, and we get a sense of the size of the city with the Aurelianic wall circuit, twelve miles long, encircling 3000 acres.

How do we feel so confident with this number, and how was it possible for a society in antiquity to sustain such a large population?

One of the best resources we have for Rome’s population is the record of how many Roman citizens were on the grain dole.  When sources record 250,000 to 300,000 recipients, we can then add women, children, slaves, and foreigners, to arrive at a very impressive total number.

The city itself was packed; apartments are cited as early as the late third century BC.  Eventually limits were imposed by Augustus (70 feet), and Nero, after the fire of 64 (60 feet).  Still, fires continually broke out as many buildings were made cheaply and shoddily. Fragments of the marble Forma Urbis depict a crowded city amidst huge public spaces and monuments.

As a consumer city, the city had enormous needs. Studies have estimated the foodstuffs (grain, olive oil, wine) required to sustain a massive population.  Aqueduct construction through the centuries matched and sustained the growing population, reaching a total of eleven.

In more recent scholarship, there has been renewed focus on the easy spread of disease, e.g., Galen’s plague, throughout the cities in the Empire and especially in large centers like Rome.

Where was the Roman metropolis?