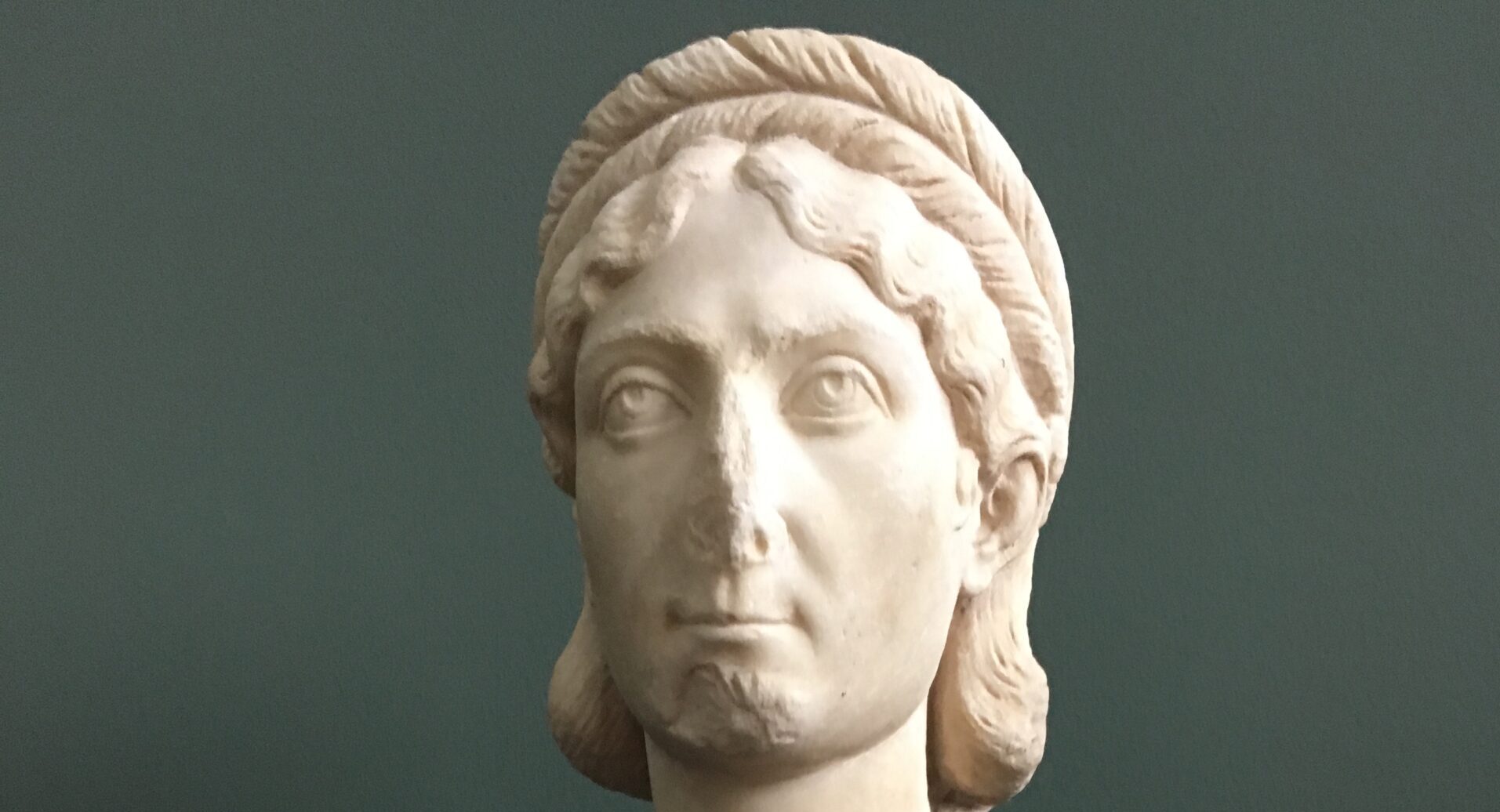 Birthplace: Drepanum (city in the province of Bithynia, modern-day Turkey).

Reign: Helena was the mother of Constantine I, who ruled as emperor from 306-337 CE.

Marriages: Helena had a relationship with Constantius Chlorus, a future emperor of Rome, between 270 and 290 CE. The nature of their relationship is not clear. Some sources refer to Helena as his wife, while others call her a concubine.

Constantine I (son by Constantius Chlorus)

Death: Helena died of natural causes in 328/329 CE in Rome, Italy. She lived to be 80 years old, and her son Constantine was present at her deathbed. 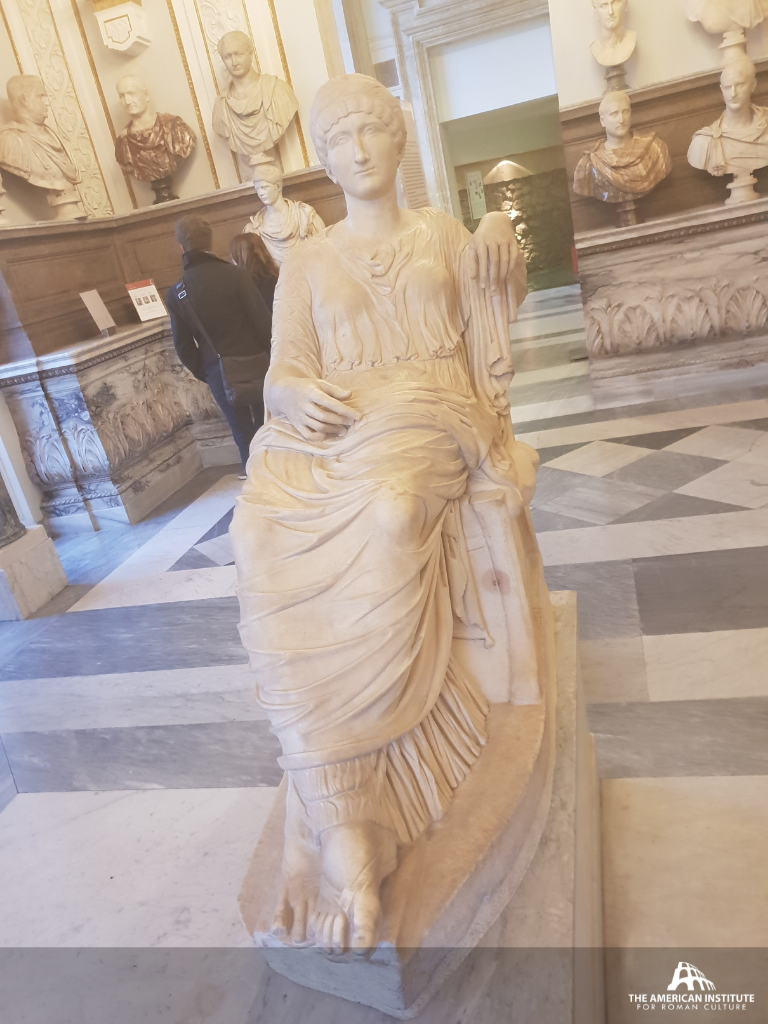 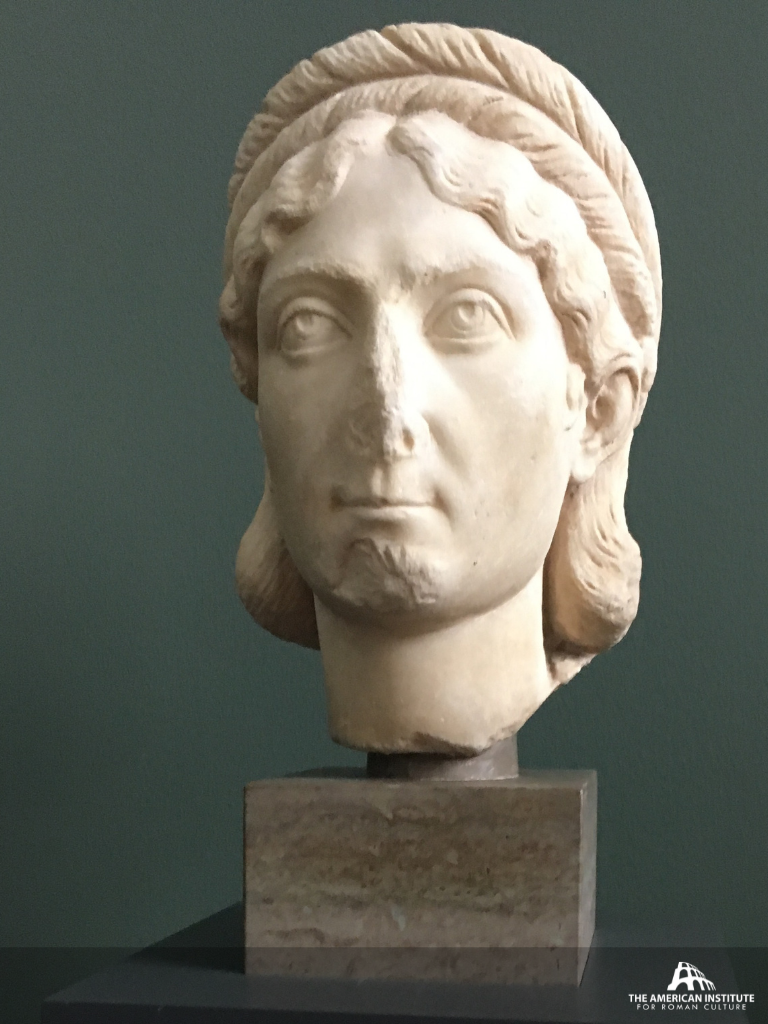 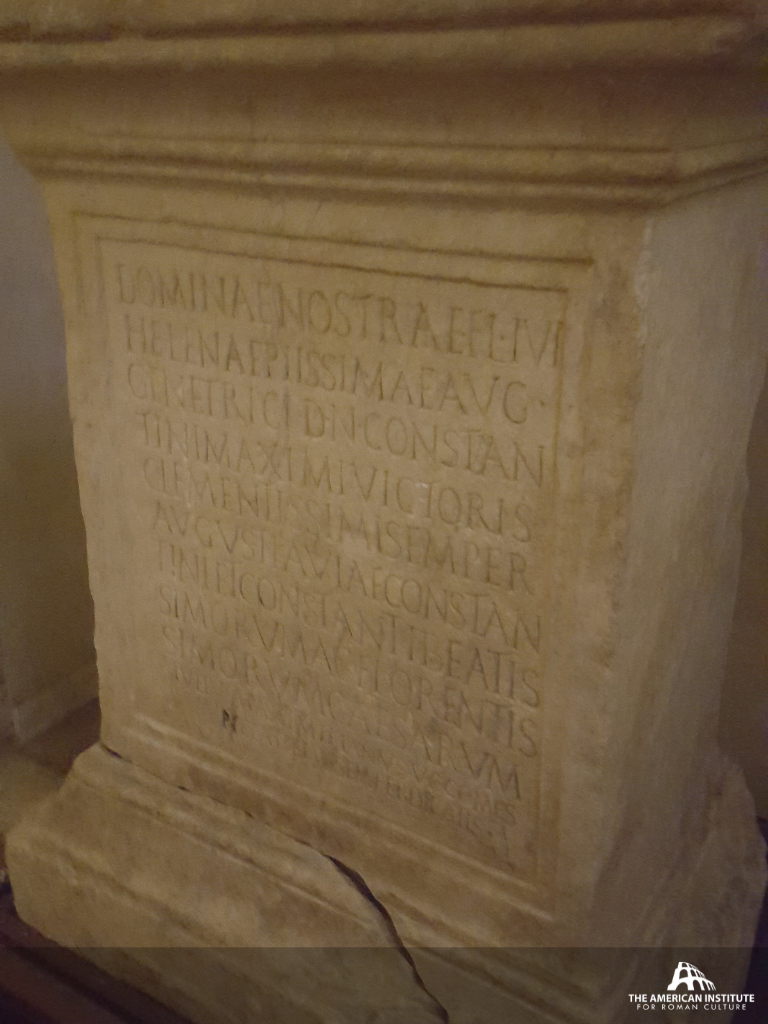 Inscription to Helena, Santa Croce in Gerusalemme, Rome, May 2017

Despite being a Roman empress, Helena had humble beginnings. Multiple sources state that she was born to the working class, and Ambrose of Milan calls her a stabularia (inn-keeper).

(Eutropius, Short History of the Roman Empire, 10.2) (Ambrose, On the Death of Theodosius, 42)

Constantine was devoted to his mother and the two shared a deep bond. During his life, Constantine granted Helena several prestigious titles such as Nobilissma Femina (noblest woman) and Augusta.

Like her son Constantine, Helena converted to Christianity. In 326 CE, she traveled to the holy land to find and protect Christian relics. She is credited with building the Church of the Nativity in Bethlehem and discovering the True Cross. For these acts, she was canonized as a saint by the Catholic Church.

Created by The American Institute of Roman Culture, published on 5/9/2022 under the following license: Creative Commons: Attribution-NonCommercial-ShareAlike. This license lets others remix, tweak, and build upon this content non-commercially, as long as they credit the author and license their new creations under the identical terms. Please note that content linked from this page may have different licensing terms.