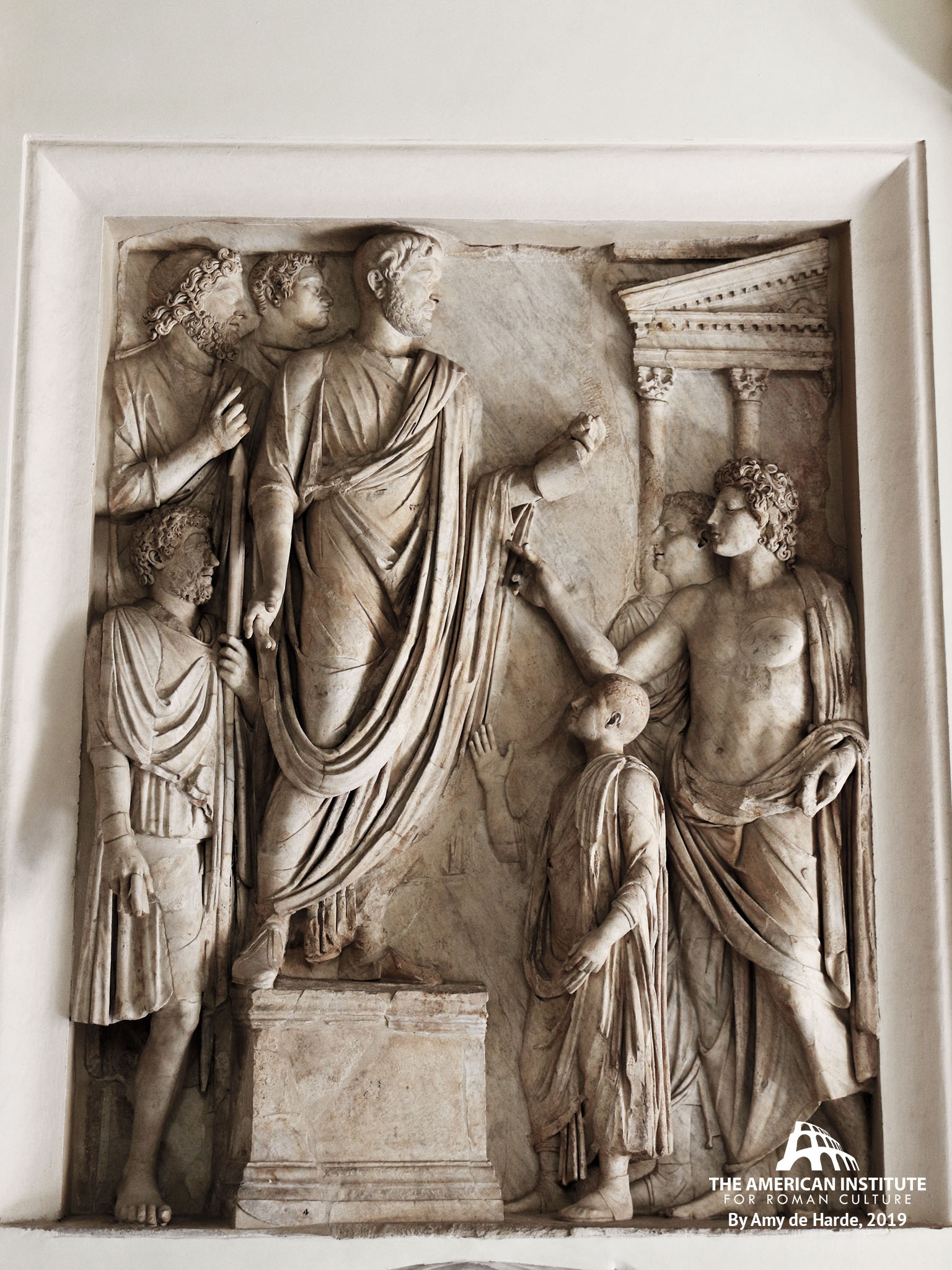 The arch is known at the Arch of Portugal due to its proximity to the Portuguese embassy. The arch was demolished in 1662 by Alexander VII to widen the street for the contemporary horse races along the Via del Corso (ancient Via Lata).  Two Hadrianic/ Antonine era panels were preserved during the destruction of the arch and were housed in the Capitoline Museums. One scene depicts the apotheosis of the empresses Sabina (carried away from the burning pyre on the back of a winged genius-like figure, while a seated Hadrian witnesses the scene.  A reclining figure depicting the Campus Martius looks on as well. The second scene is one of istitutio alimentaria. The emperor stands atop a podium or rostra and addresses a small youth, who may represent the emperor’s largess toward Rome’s poor youth. 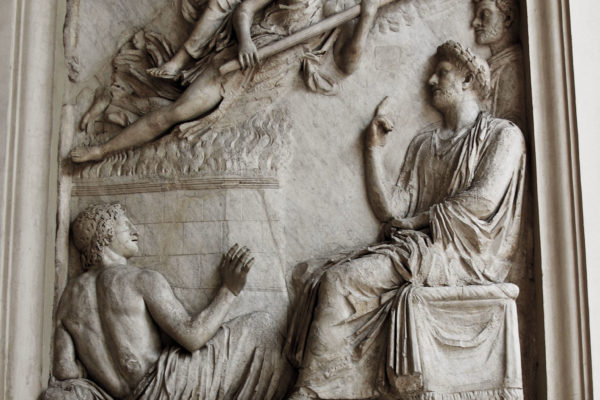 Arco di Portogallo: an arch over the via Lata close to the Ara Pacis, which is often called Arcus Hadriani, because of two reliefs of the Hadrianic period that adorned it and are now in the Palazzo dei Conservatori (Helbig, Führer3, 897, 900; Strong, Sculpture 236‑8; SScR 213‑215; PBS IV.258‑263; V.180; Cons. Cat. 36, 266). The keystone is also in the same place (ib. 37). This arch was removed in 1662 by Alexander VII in order that the Corso might be widened. It was known earlier as the arcus Octaviani (PBS III.269‑271), but from the sixteenth century it was called Arco di Portogallo because it adjoined the residence of the Portuguese ambassador, the Palazzo Peretti-Fiano. The foundation of one of the piers has been found beneath the present palace, 2.36 metres below the level of the Corso. Extant drawings of this arch, dating from the sixteenth and seventeenth centuries (HJ 466; PBS II.35, and No. 52; LR 507), show a single archway flanked on each side with two columns, and surrounded with a cornice (Ill. 2). The architecture seems to belong to a period later than that of Hadrian, and it is quite possible that the arch itself is of considerably later date — being in fact sometimes assigned definitely to Marcus Aurelius — and that it was decorated with sculpture from earlier monuments, as was the case with the arch of Constantine. Indeed, Hülsen (DAP 2.xi.174) believes it to belong to the fourth or fifth century, and to have been built with fragments of earlier buildings. One of the sides was demolished in the twelfth century, when a fragment of the cornice was removed to S. Maria in Trastevere (HJ 465‑468; BC 1891, 18‑23; 1896, 239‑246; 1915, 333). This is against its having been a ‘mediaeval pasticcio’ (Cons. 36).

Where in Rome was the Arch of Portugal?