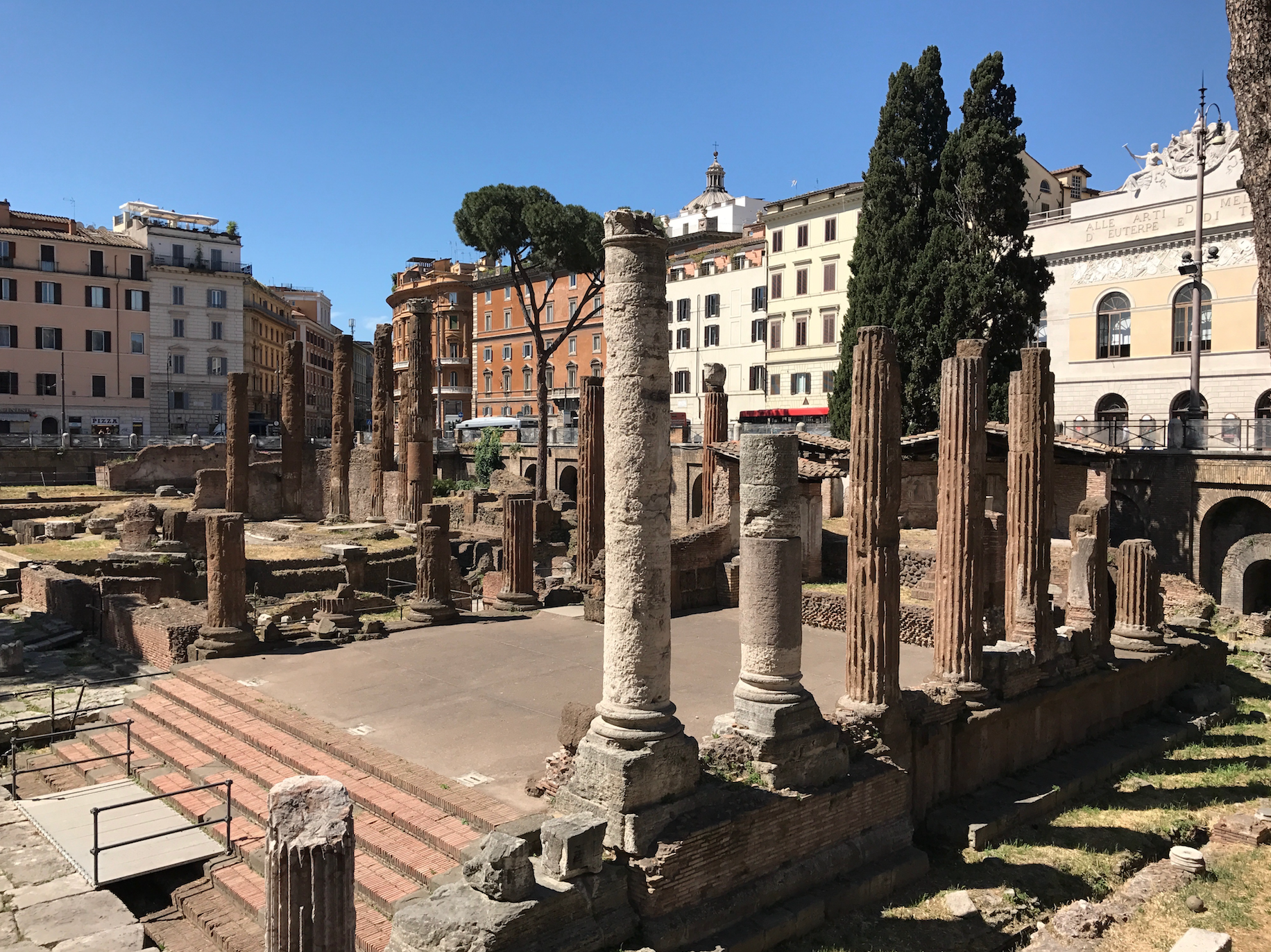 Temple A (along with Temple C) is one of the oldest temples in the sacred area of Largo Argentina.  The temple survives because it was converted into the Church of S. Nicola of the lime-burners (calcarari); you can see some the church frescoes preserved the cella area.  The temple was created in the 3C BC but what you see is 1C BC, originally with a large tuff podium (12 X 27 m).

The Fascist-era demolition of the medieval neighborhood atop Temple A (and B and C and D) revealed many of the original columns still standing when incorporated into the medieval walls.  In the case of Temple A, the columns of travertine and tuff are 1C BC.

The temple is often identified as being dedicated to Iuturna, the water nymph also of the Roman Forum, vowed by Lutatius Catulus after a naval victory in the First Punic War. 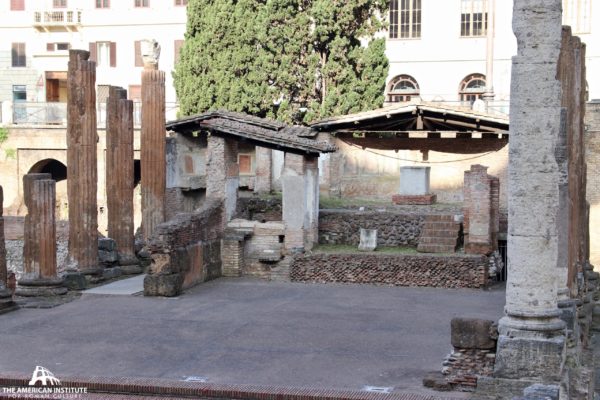 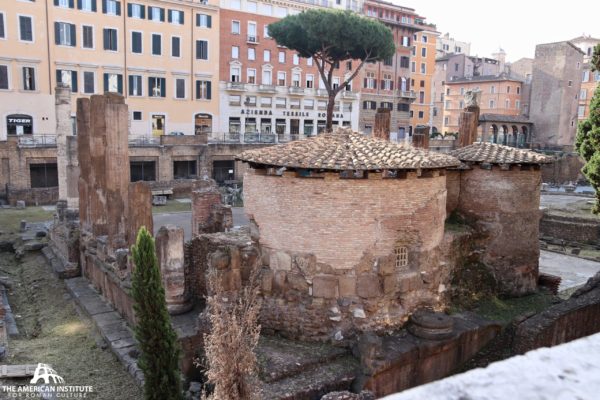 Where in Rome is Largo Argentina Temple A?