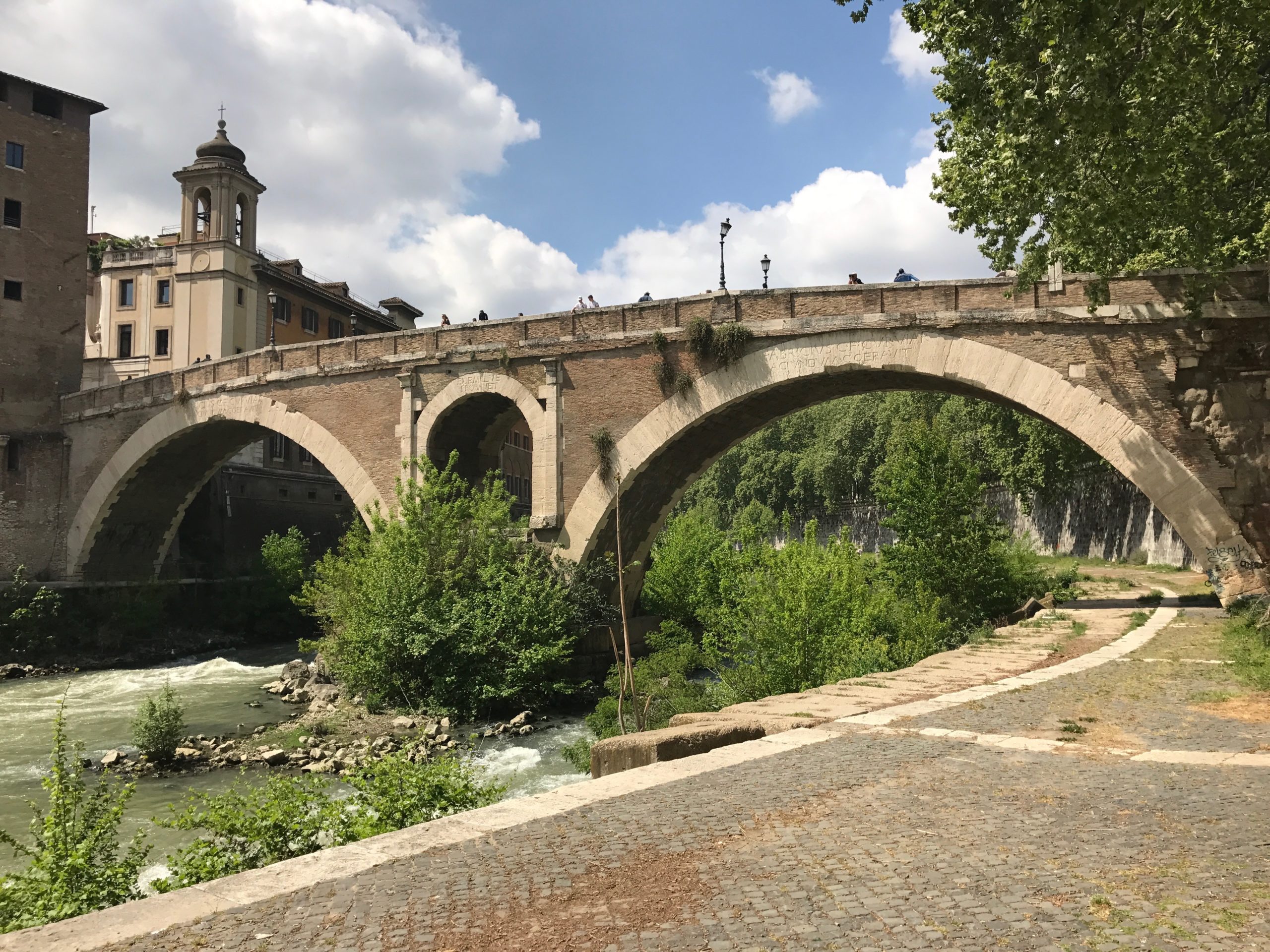 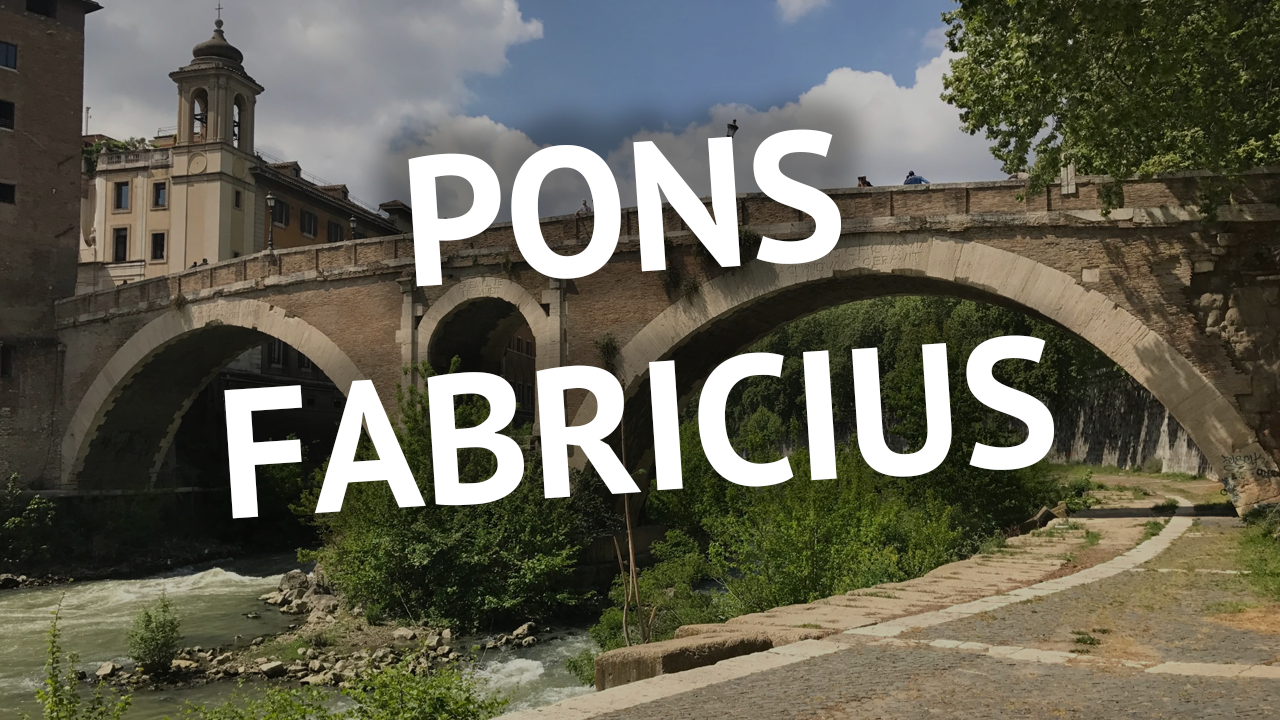 This is the oldest bridge in Rome, dating to 62 BC. It joins the Campus Martius area to the Tiber Island. Today it is a pedestrian bridge. The successful use of building materials and engineering (the arch) are quintessential features of Roman construction, manifested in this bridge, which has withstood millennia of floods (until the contraction of the 1870 flood walls). 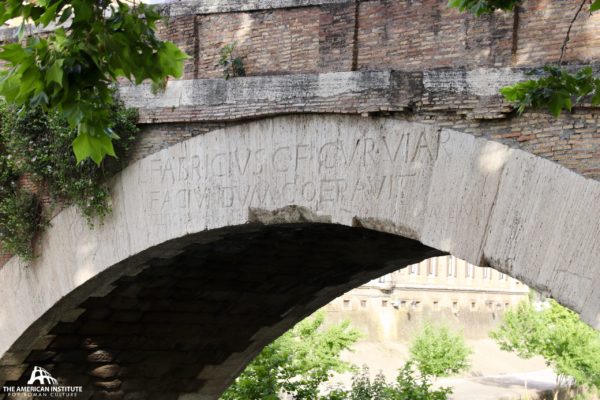 The erection of this bridge is recorded in duplicate inscriptions, over the arches on each side, and a restoration in 21 B.C. after the flood of 23 B.C. (Cass. Dio liii. 33) by the consuls, Q. Lepidus and M. Lollius, in another inscription over the arch nearest the city (CIL ia. 751=vi. 1305=31594). It is probable that this stone bridge replaced an earlier one of wood. In the Middle Ages it was known both by its official name (Not. app.; Pol. Silv. 545; Mirab. II) and as the pons Iudaeorum (Graphia 10) because it was close to the Ghetto.

This is the best preserved bridge in Rome, being practically the original structure. It is built of tufa and peperino faced with travertine, part of which has been replaced with brick, and has two semi-circular arches with a smaller one between. The bridge is 62 metres long, and the arches are 24.25 and 24.50 metres wide. The present parapet was constructed in 1679 by Innocent XI, but the original was divided into panels by pilasters supporting four-faced hermae and connected by a bronze balustrade. The two pilasters and hermae at the east end are original, and from them the modern name of the bridge, Ponte dei Quattro Capi, is derived (Jord. i. I. 418-419; HJ 632; Mitt. 1891, 135 ; Besnier 93-105; TF 142; for an erroneous identification with the pons Aemilius, CIL 2. p. 325; Mayerh6fer, Gesch.-topograph. Studien ii. d. alte Rom, ch. I pass.). See ill. 32, 37.

Where in Rome is the Pons Fabricius?