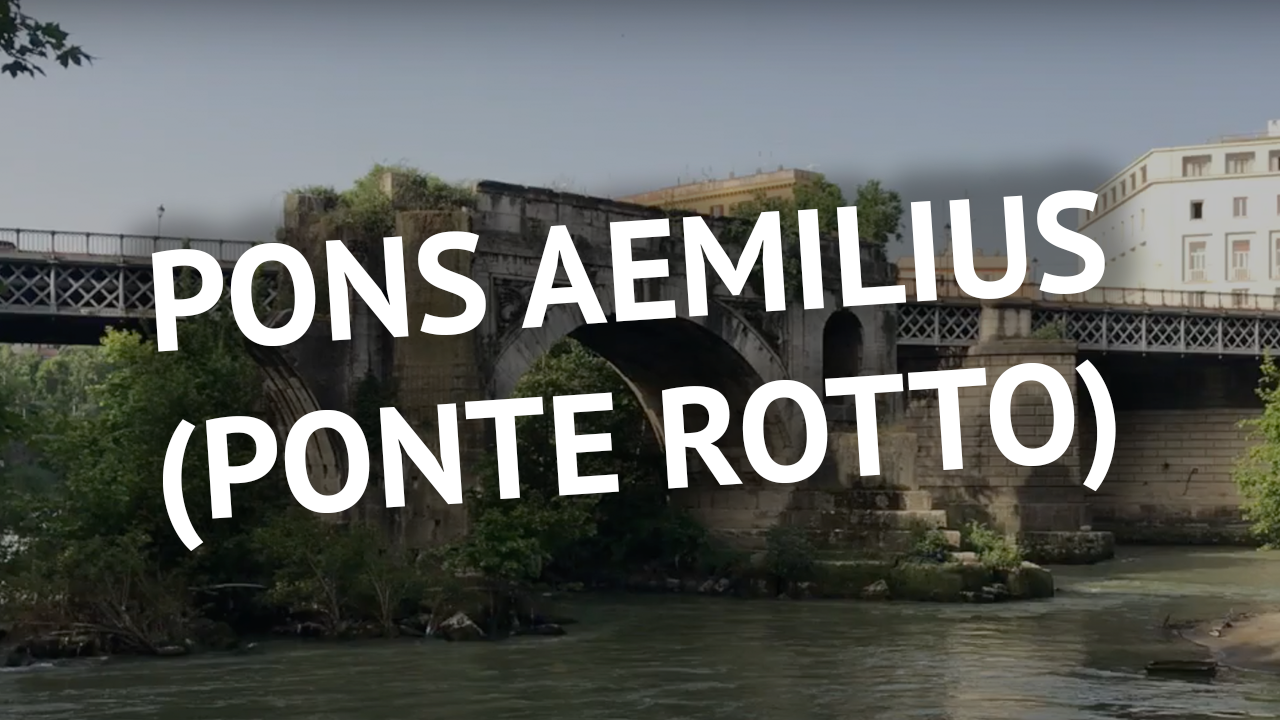 Pons/Ponte Rotto or broken bridge is the common name applied to the Augustan – era Pons Aemilius. This was the major bridge connecting Trastevere to the Forum Boarium.  It broke in the middle ages, though three arches withstood, ultimately torn down with the construction of the 19C flood walls. It is an impressive single arcade that reminds us of the great skill in bridge making that the Romans possessed.

According to Livy (xl. 51. 4) M. Fulvius Nobilior when censor in 179 B.C. contracted (undoubtedly with his colleague M. Aemilius Lepidus) for the placing of ‘pilas pontis in Tiberi,’ and P. Scipio Africanus and L. Minucius, the censors of 142 B.C., built arches (fornices) on these piers. This statement is now generally believed to refer to the pons Aemilius, and Plutarch’s attribution of the building of the bridge to a quaestor, Aemilius, is interpreted as a mistake or on the hypothesis that the fornices of 142 were of wood and that the stone arches were laid by a later Aemilius in his quaestorship. That the upper part of the bridge was of wood, until 142 at least, is certain, and therefore a statement in Obsequens (16) under date of 156 B.C., pontis maximi tectum cum columnis in Tiberim deiectum, is cited as evidence that pons maximus was then a name in common use, although Mommsen’s conjecture pontificis may be correct.

For a viaduct on the road leading from the bridge to the Janiculum, cf. VIA AURELIA.

Where in Rome is the Pons Aemilius? 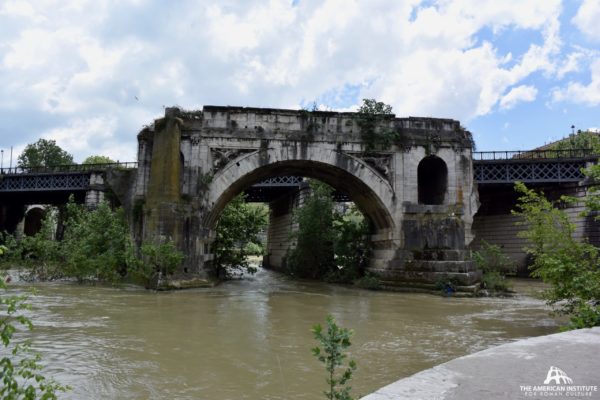 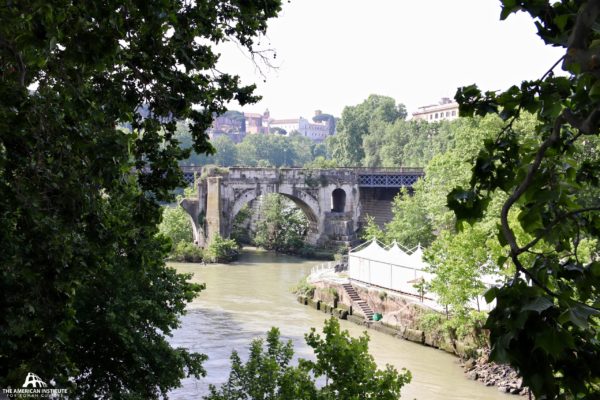