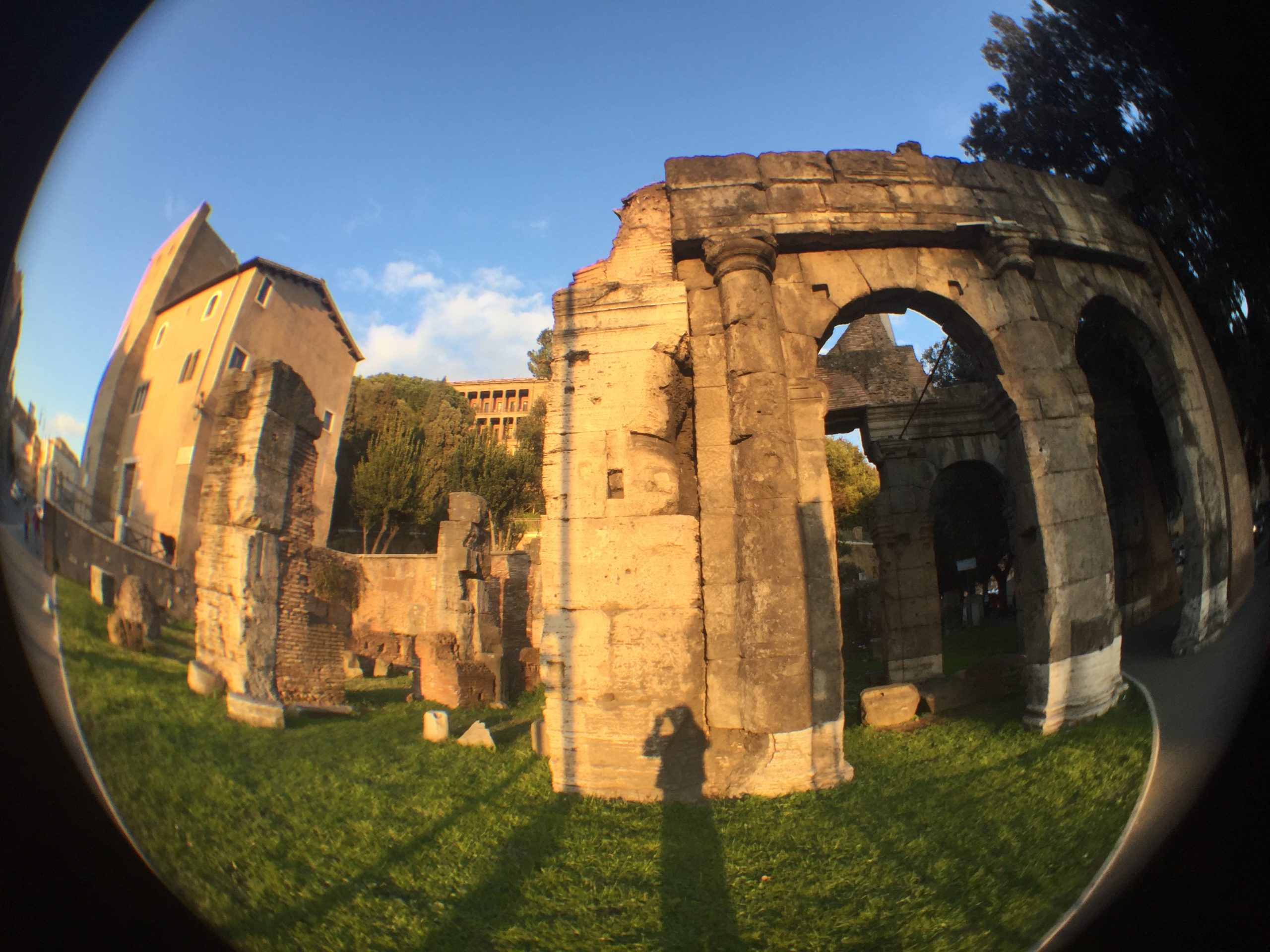 The Republican-era portico is an extensive structure, most notable for the section in peprino tuff (with travertine stone bases) beautifully preserved at the start of the Vicus Iugarius, in the vicinity of the ancient gate, Porta Carmentalis, associated with the Porta Triumphalis.  The portico continues onward, after the medieval Casina Pierleoni, up the Via del Teatro del Macello, in a series of travertine piers, recently interpreted as a early imperial construction, with shops. The peperino tuff portico is in a great state of conservation, with medieval walls and a column added to the upper flow. Ground level here is of the first century BC/ first century AD. Just beyond it on the Vicus Iugarius, the successive walls belong to a separate horrerum. Further up the street is the modern location of the Piso Cippus.

Where in Rome is the Republican Portico?