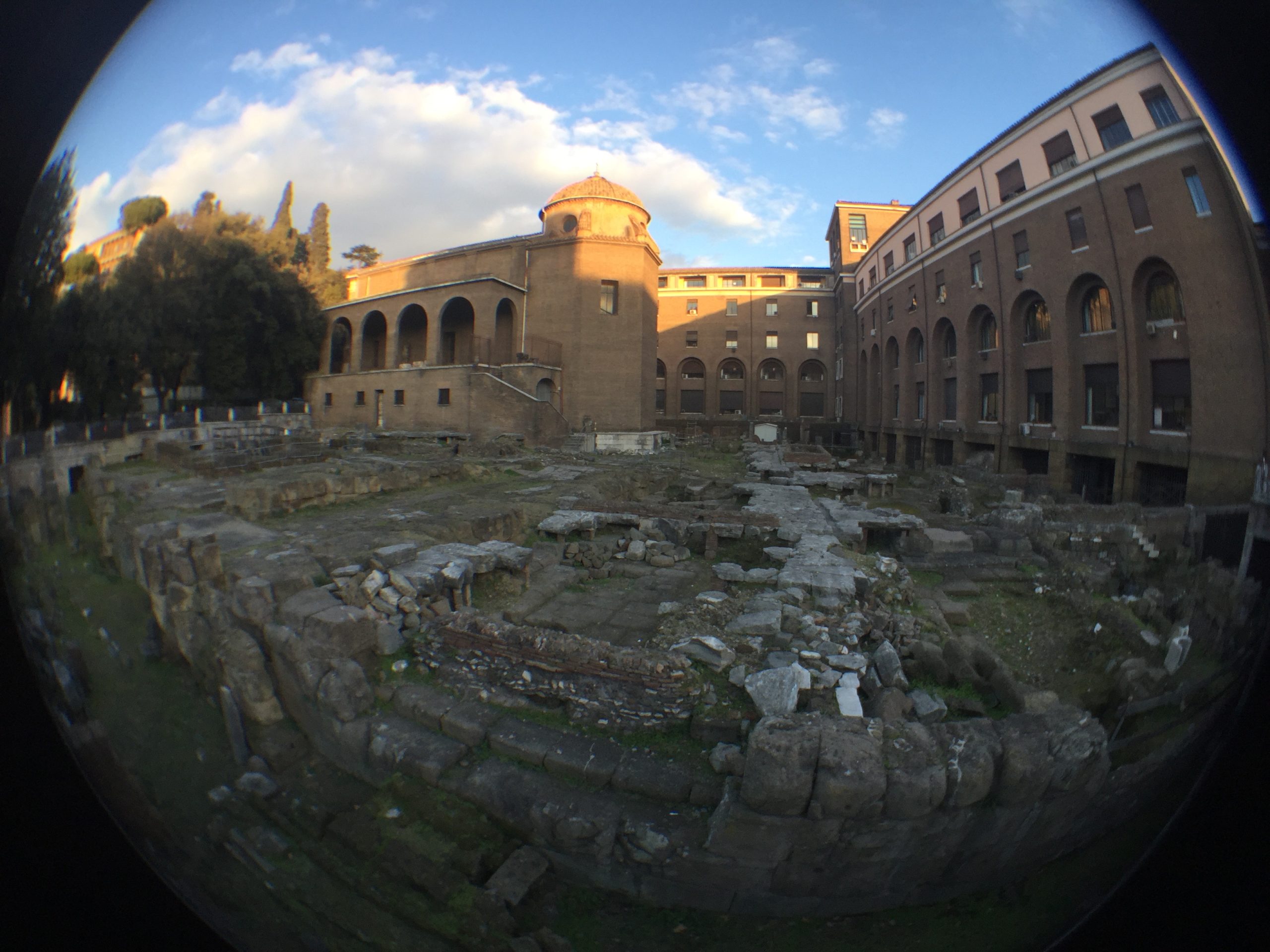 The complex of S. Omobono, dedicated to Fortuna and Mater Matuta, gives some of the best insights into earliest Rome and its initial fortunes through commerce and trade from traffic along the Tiber River.  Recent studies by the University of Michigan, Ann Arbor and Universita’ di Calabria are re-evaluating the site and unpublished remains as well as conducting new investigations.

The sanctuary was revealed during Fascist urban works in the 1930s.  The original archaic sanctuary was found below the water table, the remains of which are now on display in the Capitoline Museums.  The later 4C Republican dual temple sanctuary rests one a tuff platform 47 X 47 meters. Archaic-style u-shaped altars (4-3C BC) are visible in front of each temple, one of which was transformed into the church of S. Omobono (12C).  The other only has its cella wall preserved. There were many modifications and additions to the site ,most notably the Hadrianic-era travertine pavement and the insertion of brick-face shops to the back of the complex, 3C AD. 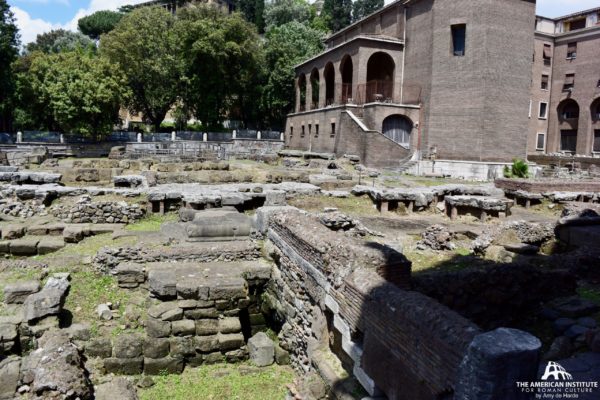 Where in Rome is the Sacred Area of Sant’Omobono?