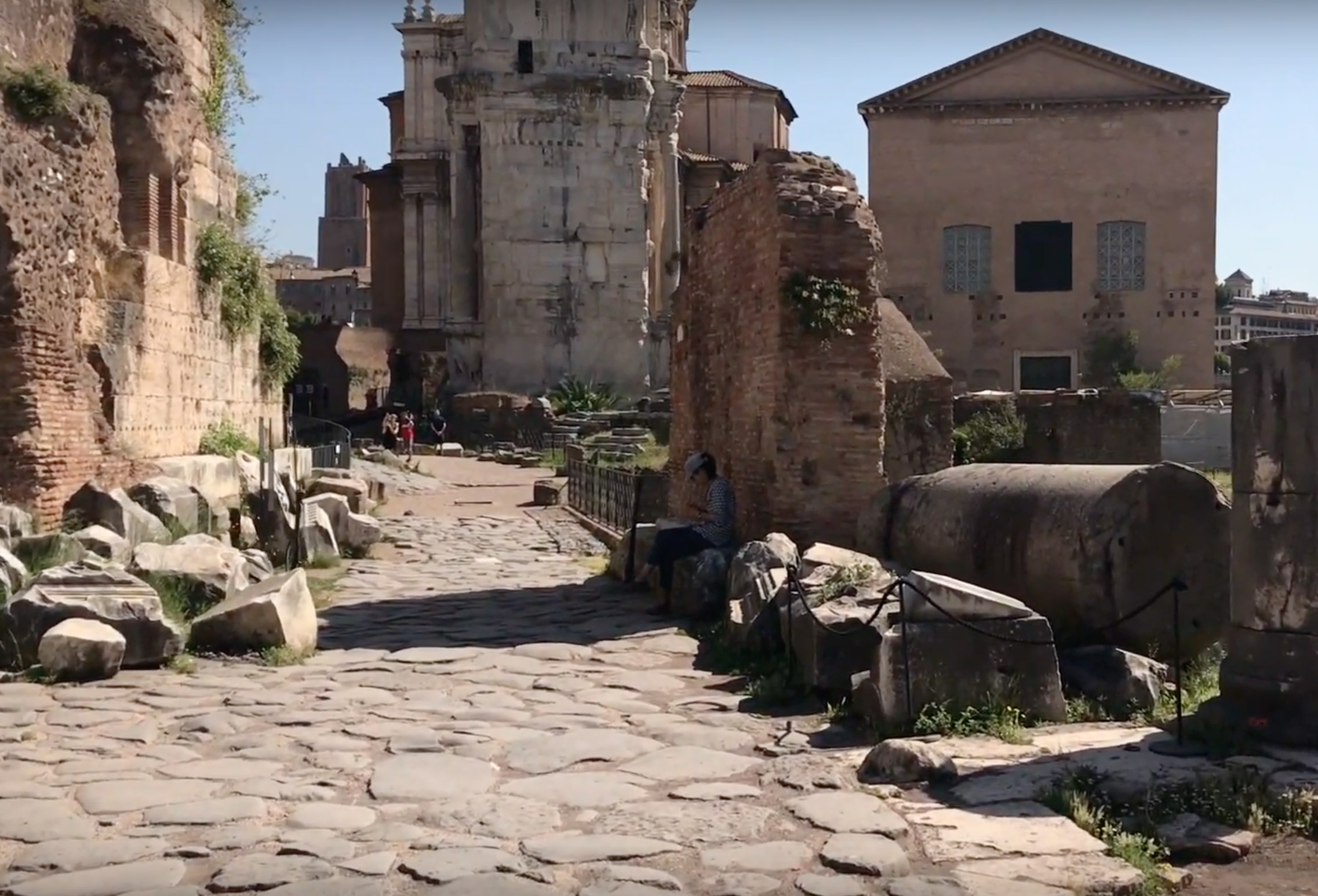 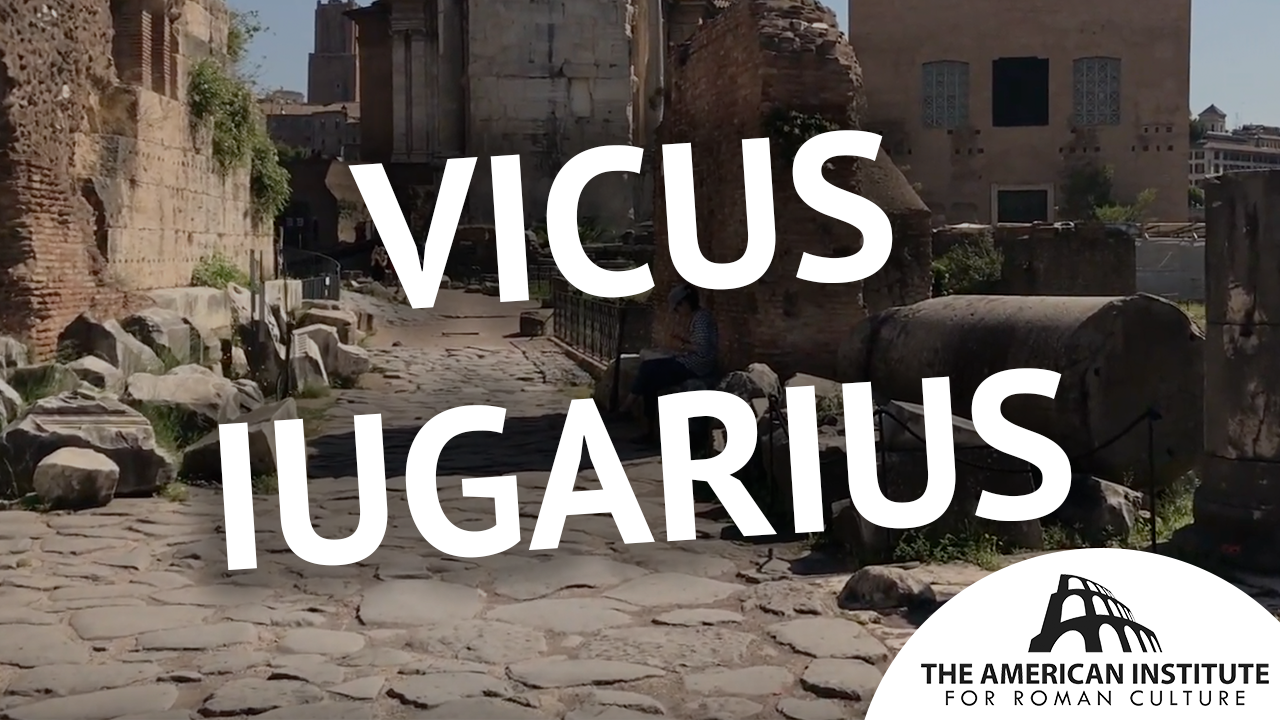 The Vicus Iugarius is the road that links the emporium and Forum Boarium to the Roman Forum. It skirts along the base of the Capitoline hill, below the Clivus Capitolinus, and enters the forum, passing between the Temple of Saturn and Basilica Iulia.

The road later known as the vicus Iugarius was the road by which the roads from the north, north-east and east–(I) the road which preceded the via Flaminia and the clivus Argentarius; (2) the via Salaria, the vicus Longus, the clivus Insteius and the Argiletum; (3) the via Tiburtina and Labicana,1 the Subura and the Argiletum — all reached the crossing over the Tiber just below the island. It must have kept close to the southern edge of the Capitol, to avoid the marshy ground between this hill and the Palatine. It was thus, there is little doubt, a part of the original trade route which led to the river, perhaps before there was any settlement on the site of Rome at all. And there is also a strong probability that it was the salt marshes on the right bank of the Tiber that were in use in these early days; otherwise, the roads from the north and north-east, at any rate, would have made for the west side of the Capitol (porta Carmentalis or Flumentana) and not for its east side.

Just as the line of the vicus Iugarius belonged originally to the trade route from the north, north-east and east to the west and north-west, so that of the road through the valley of the circus Maximus belonged to the route from the west and north-west to the south and south-east, forming the approach from the Tiber crossing to the via Castrimoeniensis and the road to Conca, which approached respectively the central district of the Alban Hills and their south-western slopes, the latter going on to join the ancient road at the foot of the Volscian mountains, which led to Terracina or Anxur long before the via Latina, and via Appia (both of them artificial military roads, taking a perfectly straight line) were even contemplated, and formed the other route to Capua, Naples, and Magna Graecia. See PBS i. 215 sqq.; iv. I sqq. v. 213 sqq.

Where in Rome is the Vicus Iugarius?