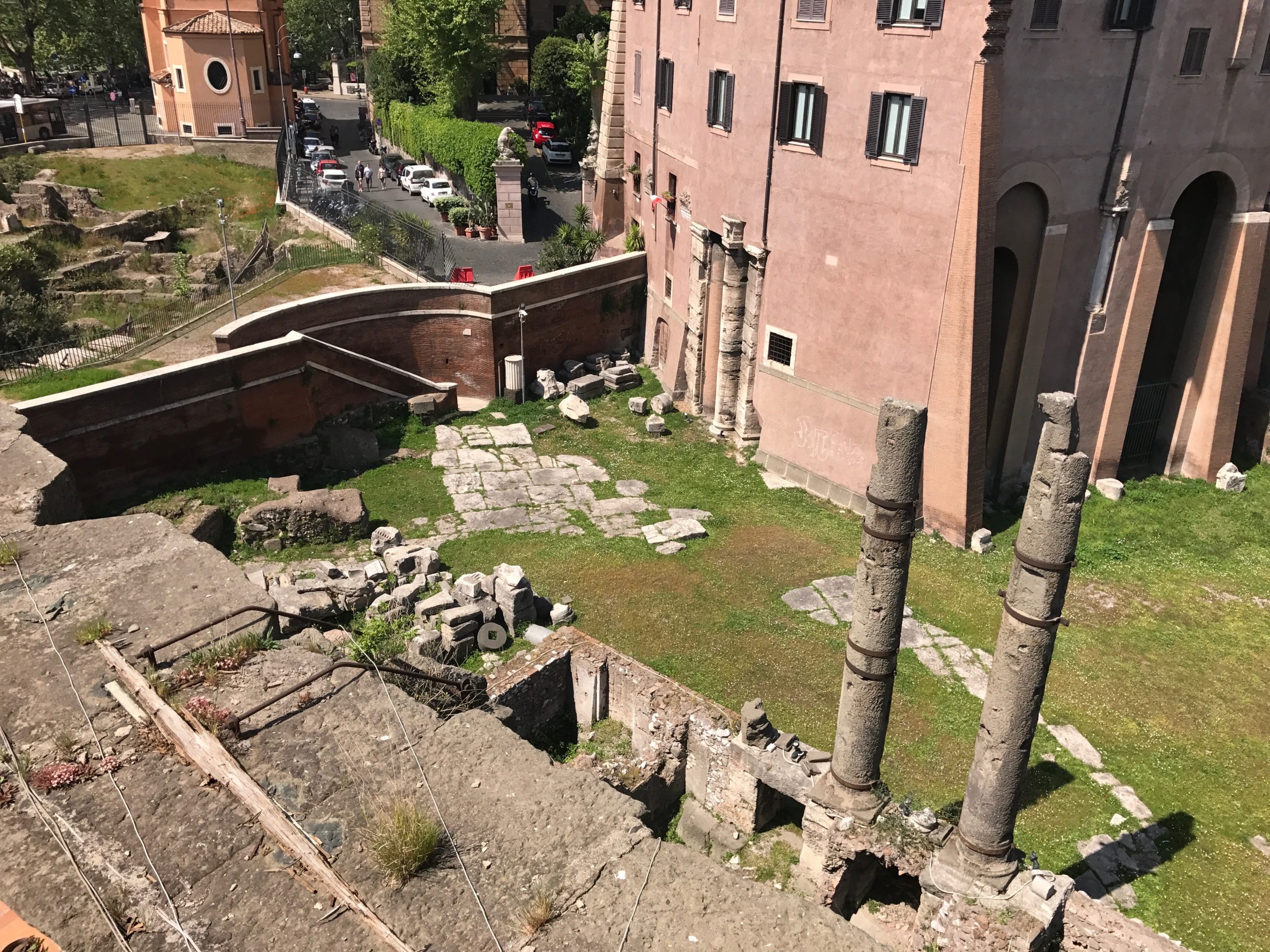 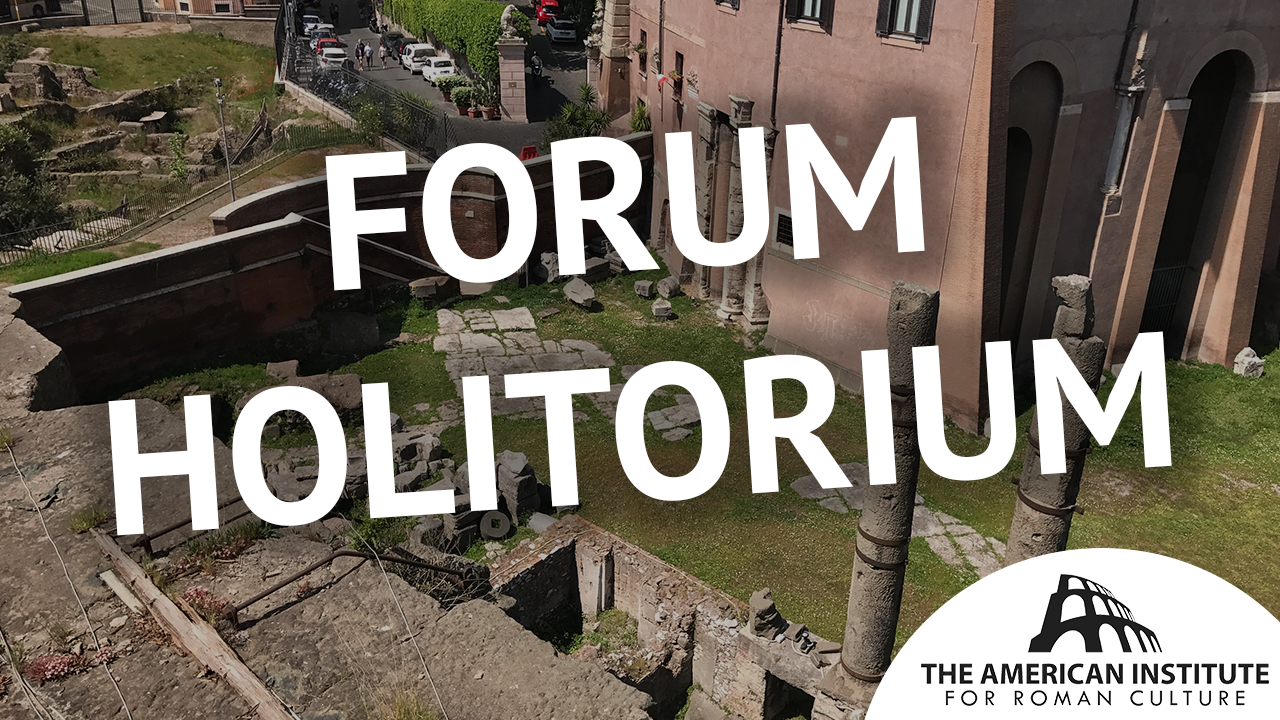 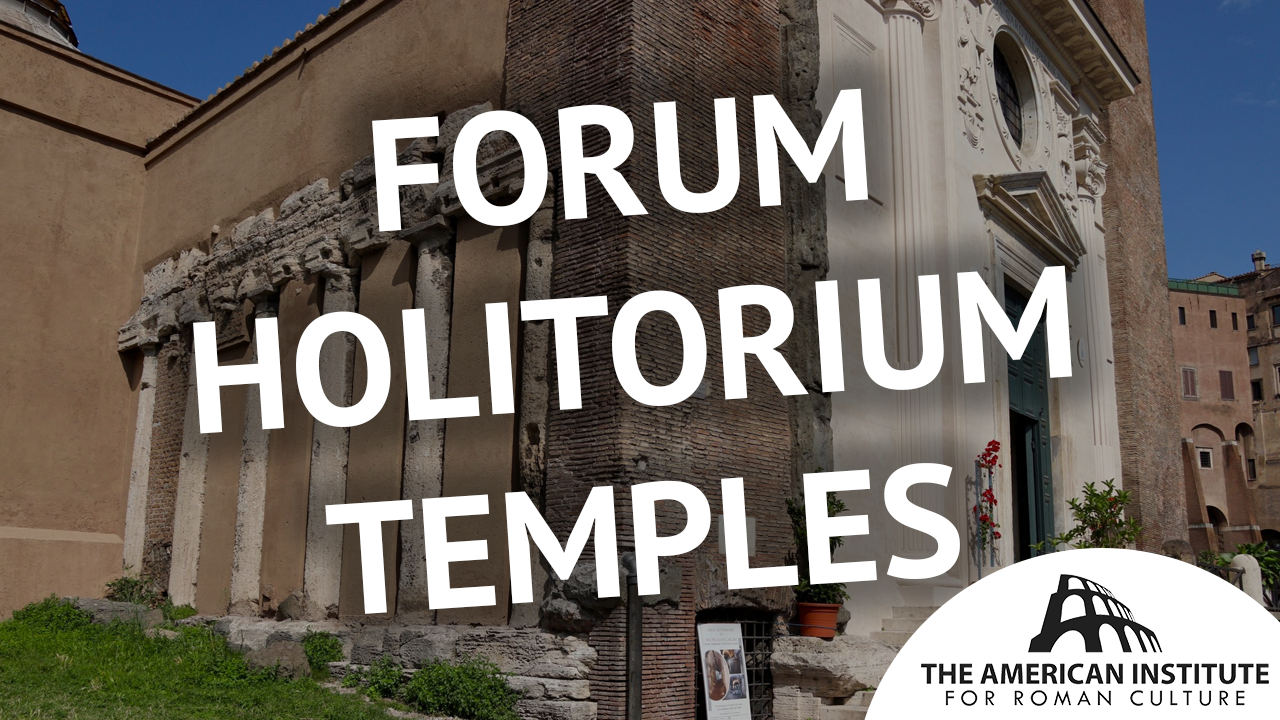 This is the vegetable market of Rome, where fresh goods were delivered via the Tiber River and placed on sale (Varro The Latin Language, 5.146).  Three temples came to occupy this area:

The Temple of Pietas, nearby, was demolished for the construction of Caesar’s theater project, later modified into the Theater of Marcellus.

The three temples’ remains were incorporated into the Church of S. Nicola in Carcere 1128, and the later buildings accreted around the temple remains were removed during the Fascist era construction of the Via del Teatro di Marcello. 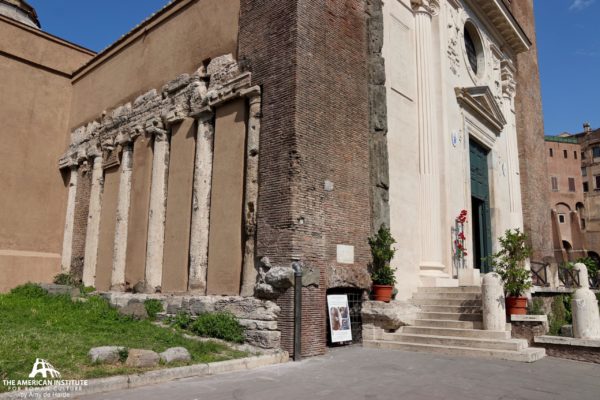 FORUM HOLITORIUM, the vegetable market of Rome (Varro, LL v. 146: ubi quid generatim, additum ab eo cognomen ut forum boarium, forum olitorium; hoc erat antiquum macellum ubi olerum copia), lying just outside the porta Carmentalis, in the ninth region of Augustus. Its south-east and north-east limits were marked by the Servian wall and the slope of the Capitoline hill, and it extended north-west across the present Piazza Montanara. On the west and south-west it probably extended originally to the river, but was afterwards diminished in area and practically enclosed by four temples, erected in foro holitorio, to PIETAS, IANUS, SPES and IUNO SOSPITA (qq. vv.), and the theatre of Marcellus. The ruins of three of these temples exist beneath the church of S. Nicola in Carcere (for restorations, see D’Esp. Mon. ii. 128-129). By the second century B.C. the forum had been paved, and considerable fragments of its pavement of travertine have been found between S. Nicola in Carcere and a wall of peperino that crosses the Piazza Montanara, for a distance of about 90 metres (BC 1875, 173). The details given as to this wall are insufficient; but it is noticeable that Lanciani omits it in LF 28 ; cf. BC 1917, 168 sqq. and pl. xiv., xv., where he deals further with the porticus in vicolo della Bufala. This peperino wall perhaps marks the northern limit of the forum which, after it was surrounded by buildings, was about 125 by 40-50 metres in area. Its eastern corner, between the Capitoline and the Servian wall, was closed by a building, apparently a large porticus, that has been erroneously identified with the PORTICUS MINUCIA (q.v.). Its ruins were found in the Vicolo della Bufala (HJ 515; NS 1891, 316; Mitt. 1892, 292). Other remains of this portico, at a slightly different orientation, are also to be seen in Piazza Montanara (NS 1879, 314). The forum was connected with the vicus Iugarius and the forum Boarium by a street that ran south through the porta Carmentalis (see in general, HJ 507-515; P1. 389-392; Richter 192-194; ZA 236-248).

Where in Rome is the Forum Holitorium? 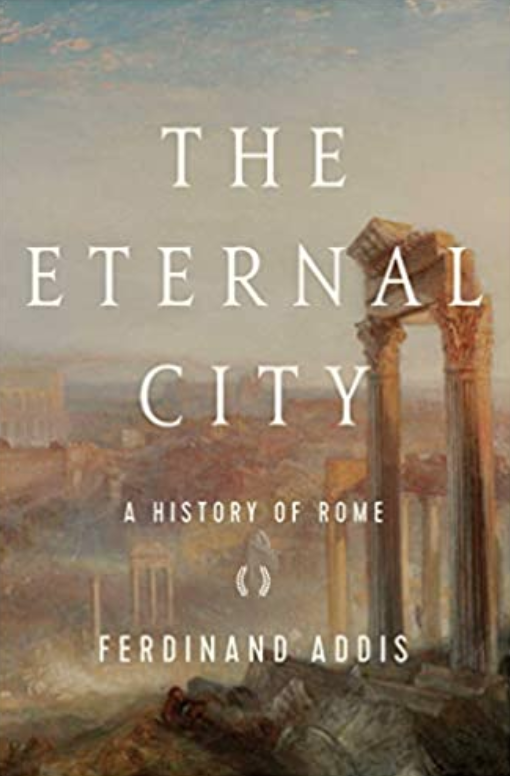 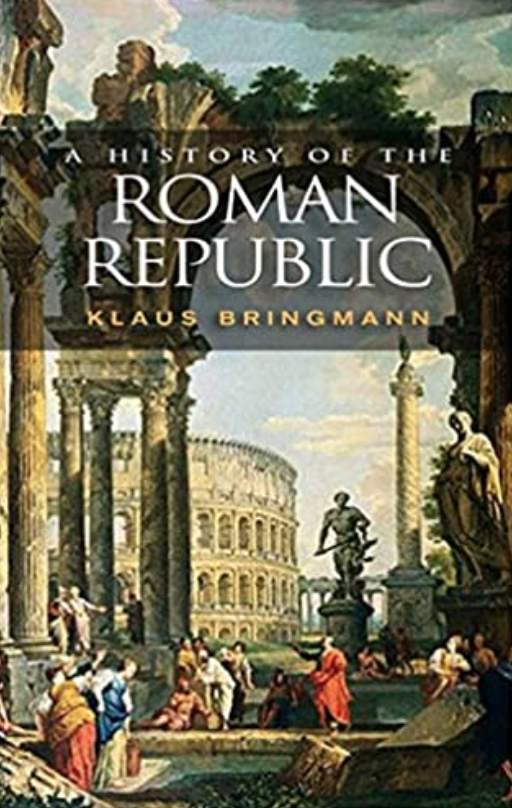 A History of the Roman Republic 1st Edition 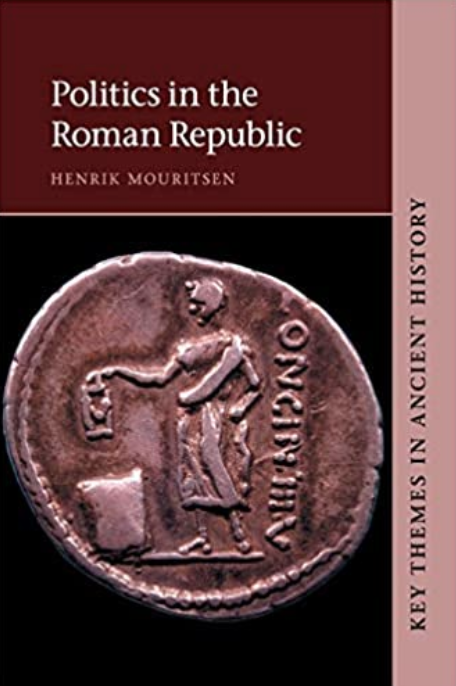 Politics in the Roman Republic (Key Themes in Ancient History)