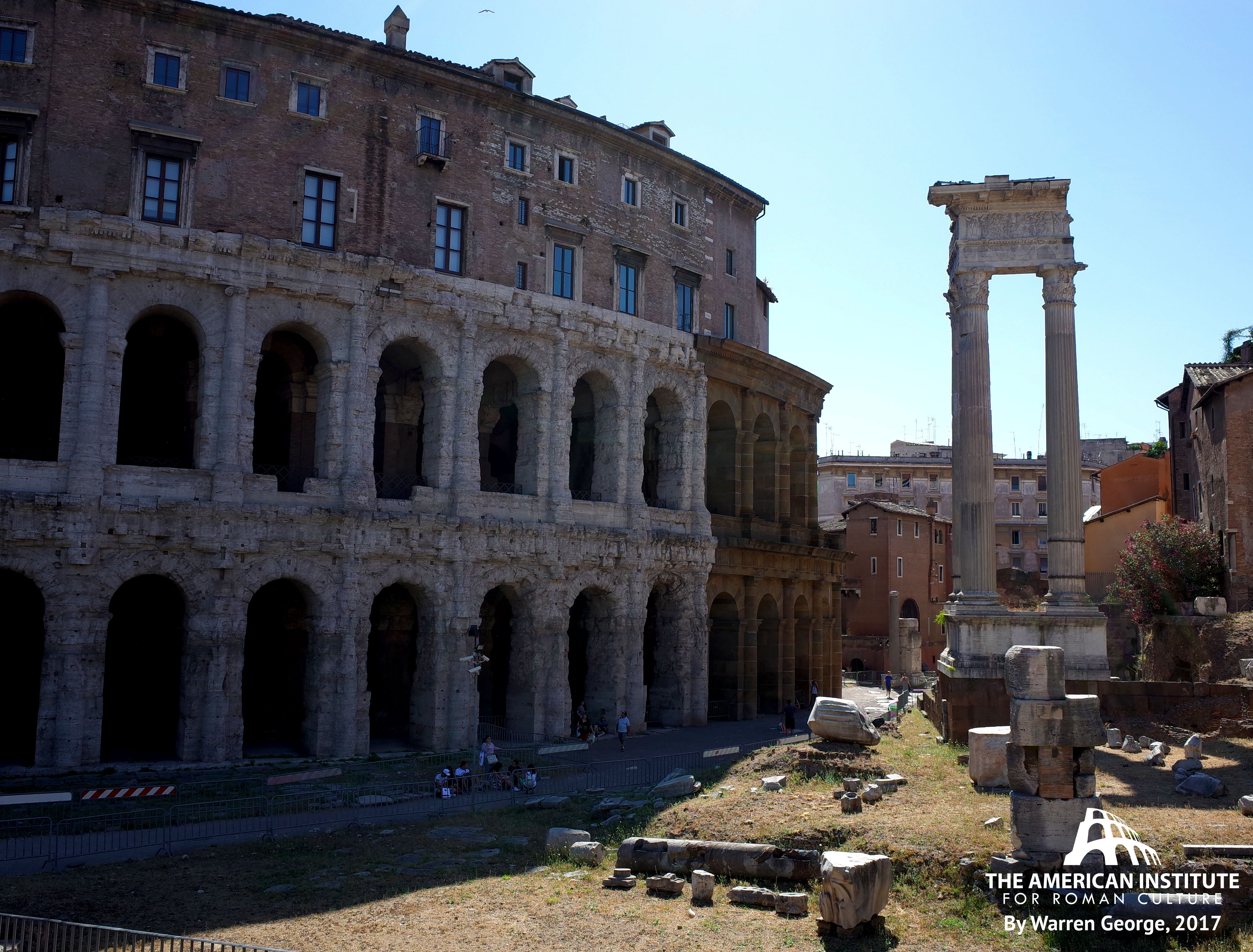 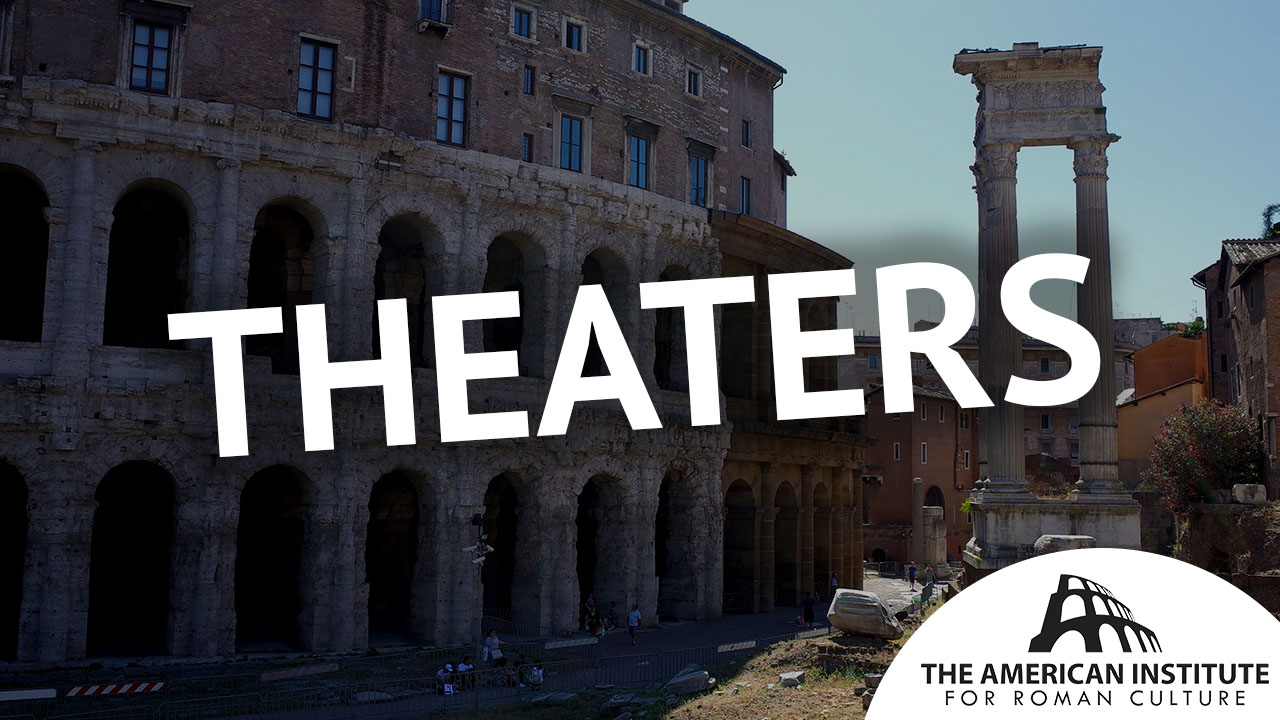 Theaters in Rome were constructed temporarily in the Republican era for annual festivals, notably for Magna Mater on the Palatine and Apollo in the Campus Martius. The structures were made of wood and set up fo the performances, then dismantled after the given festival. Over time, as Rome’s prestige and wealth grew, the theaters became larger and more ornate, until Pompey the Great defied the tradition with Rome’s first stone theater, in the Campus Martius (Tertullian, Pagan Entertainments, I.10).  Julius Caesar planned for a theater on the slopes of the Capitoline hill and demolished the Temple of Pietas by the Forum Holitorium to make way for it. (Cass. Dio 43.49.3, Suetonius, Iul. 44). Augustus modified Julius Caesar’s plan and made the free-standing Theater of Marcellus (Cass. Dio 43.49.2-3, Suetonius, Aug. 29.4).

Cornelius Balbus created a theater and portico after his triumph in 19 BC . The inauguration of the theater took place during a flood of the Tiber and guests arrived by boat (Suetonius, Aug. 29.5). The seating for the three theaters has been estimated at 15,000 for Pompey’s and Marcellus’, and 8000 for Balbus’. 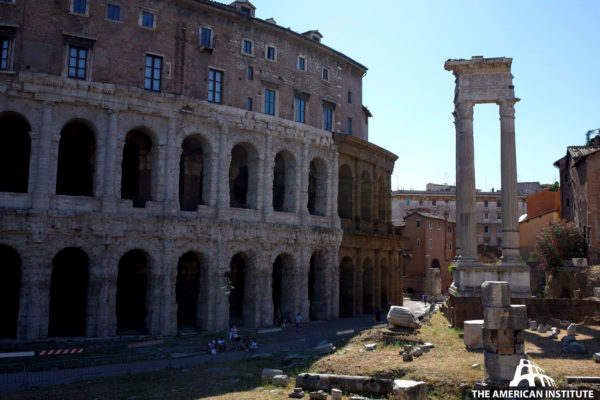 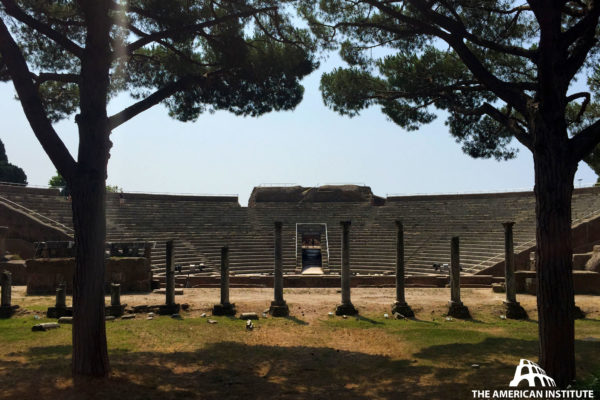 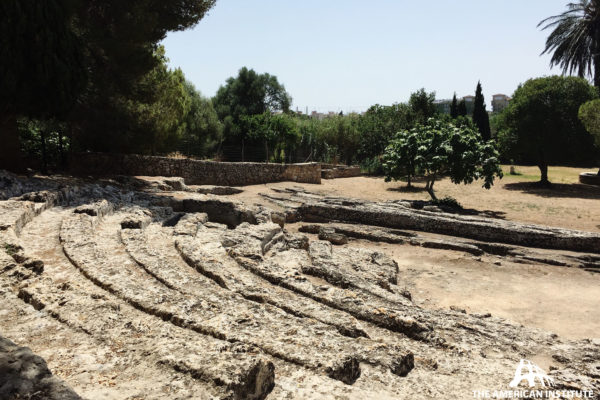 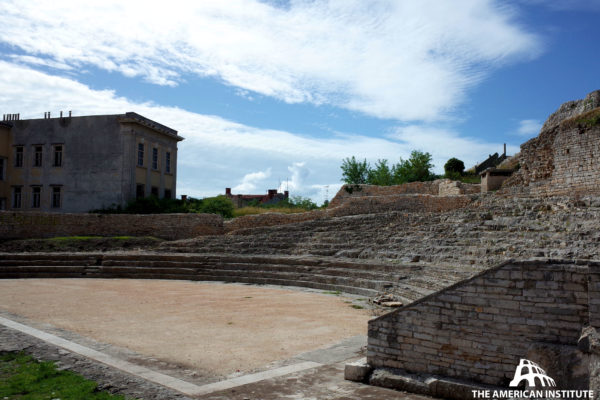 Where are the theaters of Rome?