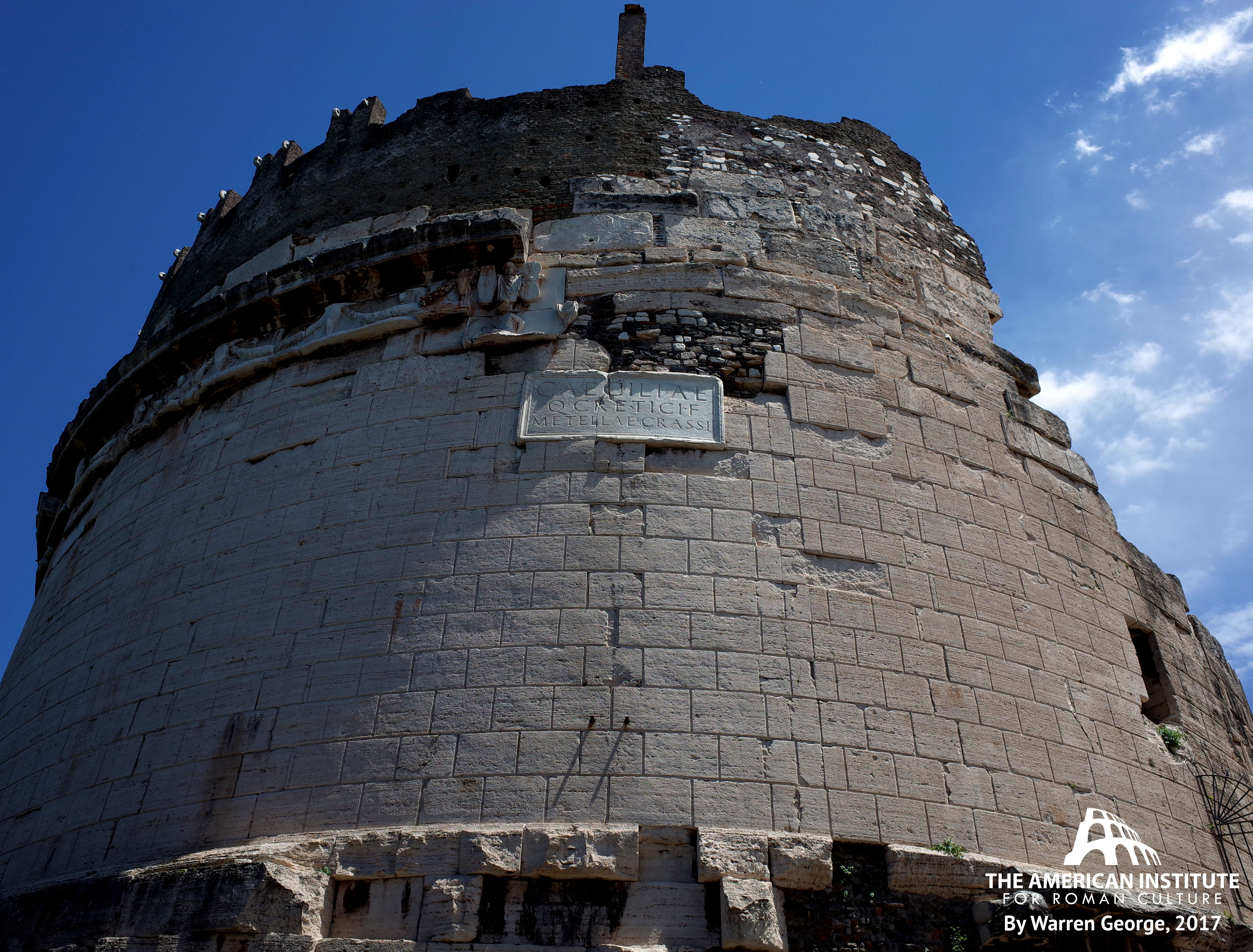 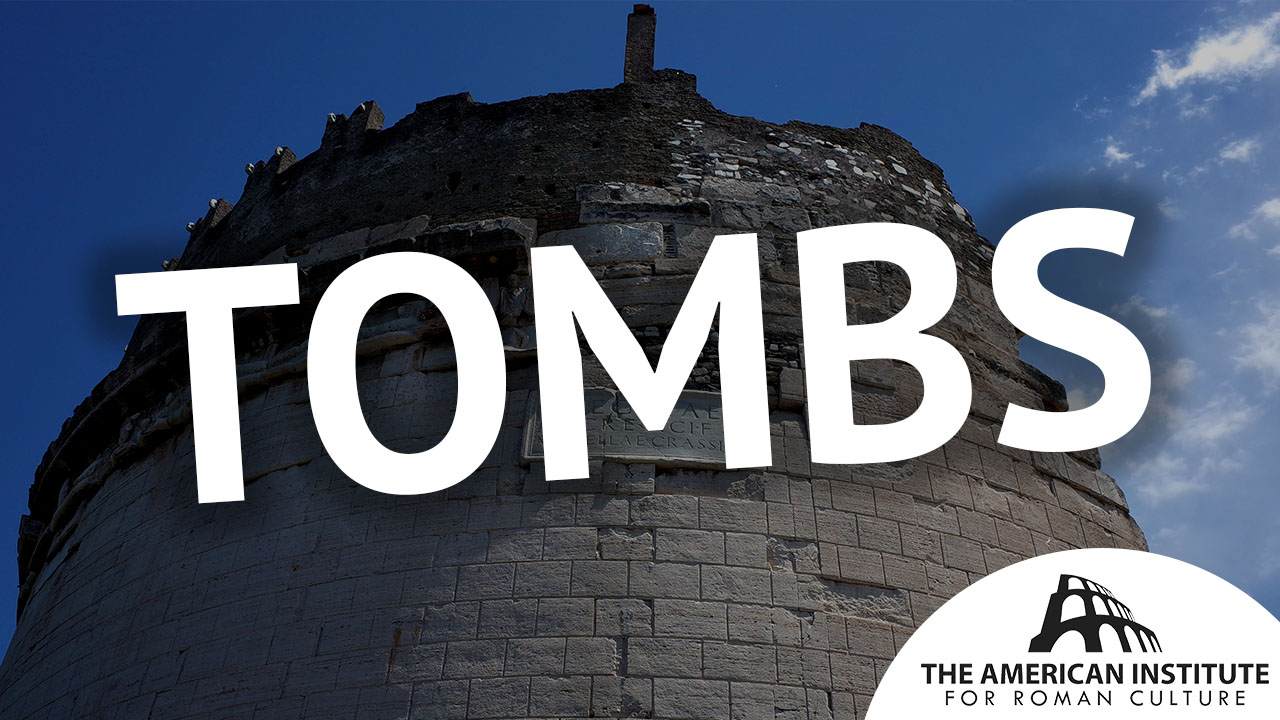 Tombs in ancient Rome were structures of varying dimensions (holding individual bodies and/ or ashes of deceased or containing entire households or communities) that were the focus of daily and annual rituals.  Burial plots would range from pauper fields on the Esquiline hills to the massive concrete tombs once faced with marble panels 20-25 meters high on the Via Appia. Traditionally located outside the pomerium (Rome’s sacred boundary), tombs were in many shapes and scale, from the subterranean columbarium tombs to the large-scale tombs of famous, power individuals, like the Tomb of Caecilia Metella on the Via Appia. They lined all of the roads leading into Rome. The best preserved tract of tombs today are along the Via Appia.  The best preserved monument is the Tomb of Cecilia Metella, so well preserved because it was incorporated into the Caetani fortifications along the road.  Tombs were both cremations and inhumation burials, some early examples in the forum area itself (see archaic tombs in forum entry). There were always exceptions to the rule of the burial outside the pomerium: the tomb of Bibulus and tomb of Trajan, buried in the base of his column, were located well within the sacred city limits, but allowed due to extraordinary services rendered to the state.

Some of the most visible tombs in Rome 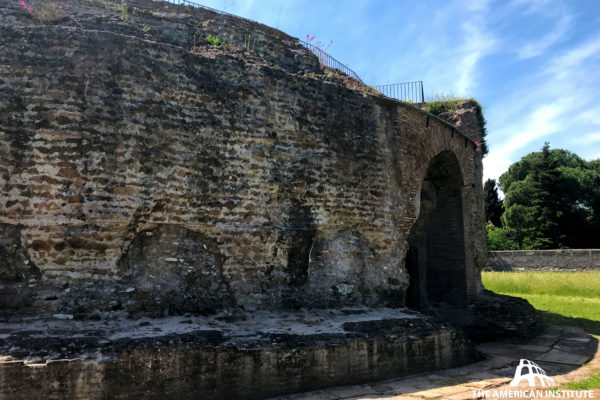 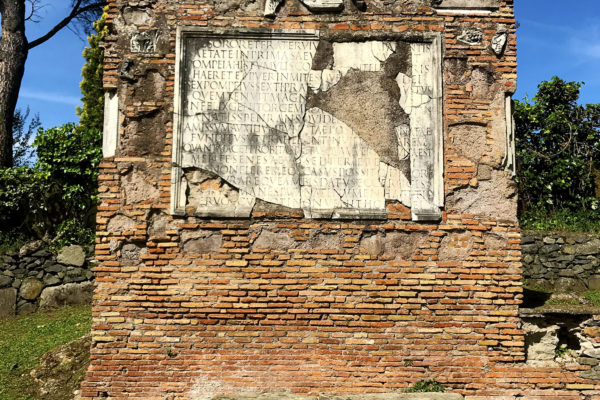 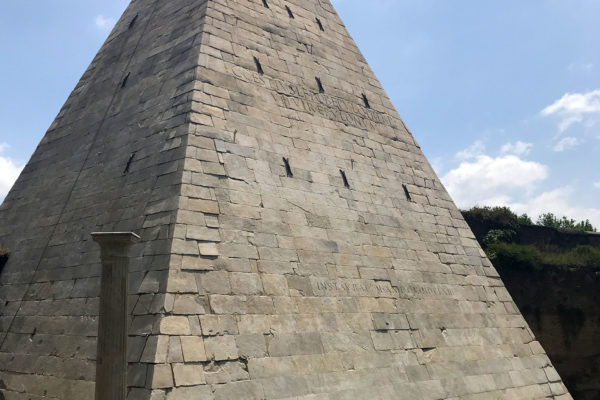 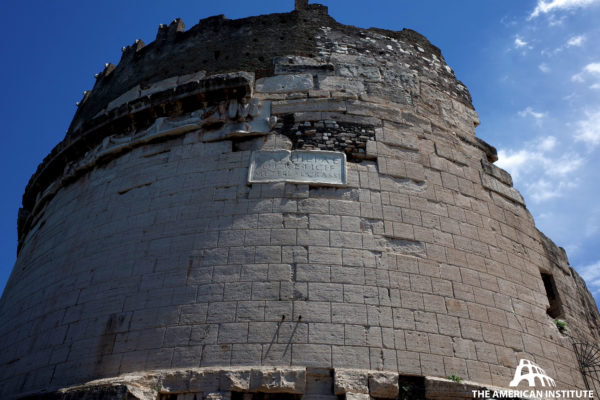 Where are the tombs of Rome?