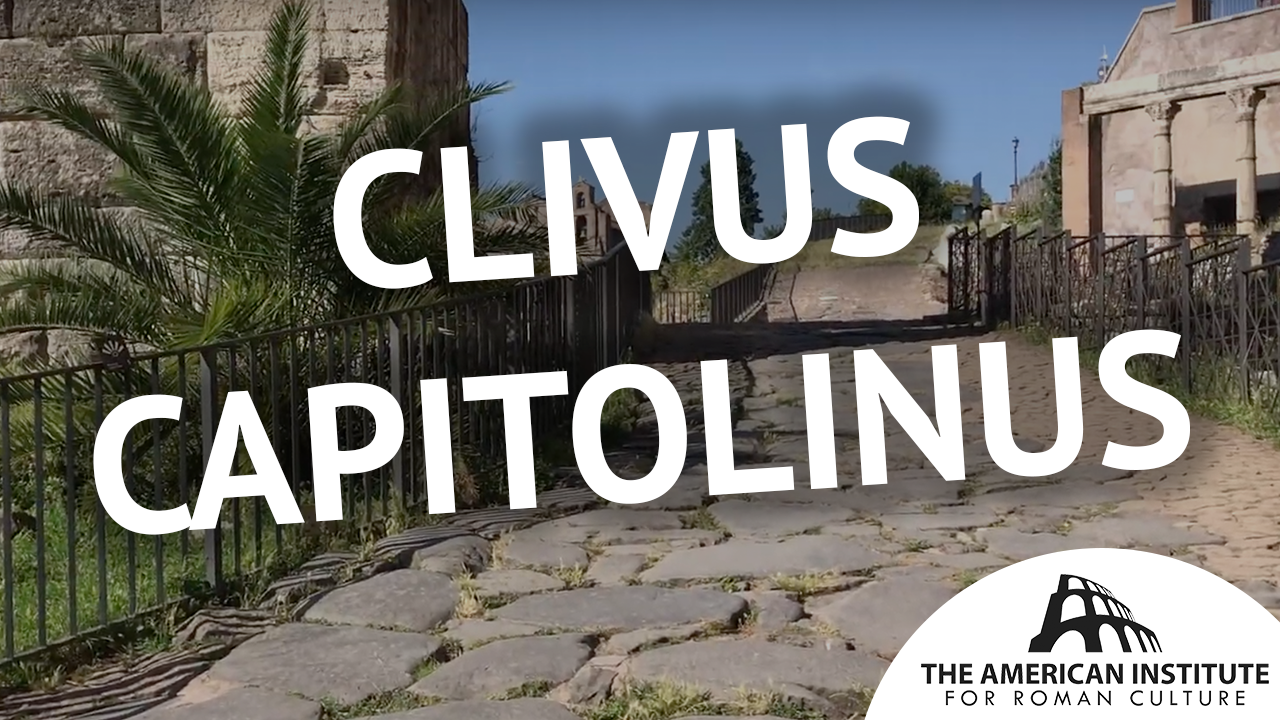 The Clivus Capitolinus is the prime road in antiquity that led you from the Roman Forum to the Capitoline Hill. It goes past the Temple of Saturn on one side and the Temple of Vespasian and Portico of the Harmonious Gods on the other. It is a work going back to the Regal period (Tarqjins). When you walk on this street you are teleported back to Ancient Rome, to a degree, on this very road that all triumphing generals passed, on their way to make a sacrifice to Jupiter Optimus Maximus on the Capitoline Hill.

The principal approach to the Arx and Capitolium. This was originally a path, in effect a continuation of the Sacra via, which led up by a steep ascent from the west corner of the forum to the depression, Inter duos Lucos, where it divided.

This was the only means of access to the mons Capitolinus except the flights of steps-Centum Gradus, Gradus Monetae (?)-and afforded a convenient place for commanding the forum with troops (Cic. pro Sest. 28; post red. 12 ; Phil. ii. 16, 19; ad Att. ii. I. 7). Along part of it, probably Inter duos Lucos, there were private houses (Cic. pro Mil. 64: domus in clivo Capitolino scutis referta).

The clivus begins near the arch of Tiberius at the corner of the basilica Iulia. Here some arches of the time of Sulla are preserved, which supported it and a street branching from it (they have by some been wrongly explained as the ROSTRA (q.v.; cf. Mitt. 1902, 13-16; HC 71), It then skirts the north front and the west side of the temple of Saturn. making a sharp turn at the corner of the porticus deorum Consentium, and ascends to the Asylum with an average gradient of 1: 8. Part of the back wall of the porticus serves as a foundation for the clivus, but its upper course has been changed by more recent structures. Portions of the lava pavement of the clivus still exist at various points near the bottom of the ascent, including a small piece attributable to 174 B.C. and another attributable to Sulla; while that in front of the temple is one of the best specimens of Augustan paving in Rome, having been preserved by the erection upon it of the church of SS. Sergius and Bacchus (see SACRA VIA). Another piece of its pavement may be seen to the south of the porticus Deorum Consentium (a good deal is hidden by the modern road) and another to the south-west of the Tabularium (KH iv.). No trace remains of the upper part of the clivus or of the branch that led to the arx, which was at first the more important of the two. It is probable that the clivus reached the substructures of the area Capitolina on its north-east side, then turned at right angles, and with a rather steep rise of perhaps 1: 15 passed around the south corner of the area, and entered it on the south-east side. The PORTA STERCORARIA (q.v.) was probably not far above the temple of Saturn (Jord. i. 2. 62, 78, 120-121; Gilb. i. 313-315 ; ii. 311-317, 445-448 ; Hermes, 1883, 104-128, 616-619; 1884, 322-324; Richter, BRT i. 21-31: Capitolium und Clivus Capitolinus; Pl. 294, 295; RE iii. 1530-1531; Rodocanachi, Capitole 16 et passim; JRS 1922, 14-16; 1925, 121; CR 1899, 464; TF 54-58).

Where in Rome is the Clivus Capitolinus? 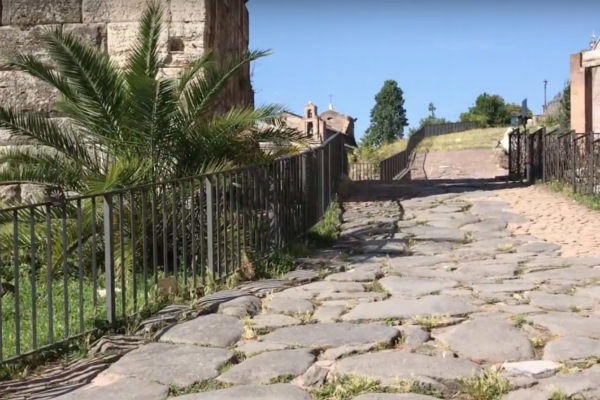 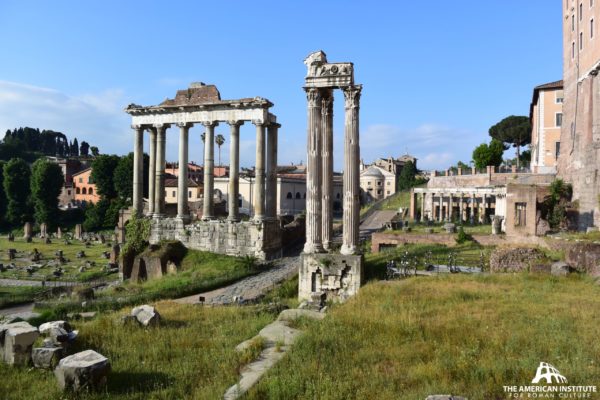 Created by The American Institute of Roman Culture, published on 02/14/2020 under the following license: Creative Commons: Attribution-NonCommercial-ShareAlike. This license lets others remix, tweak, and build upon this content non-commercially, as long as they credit the author and license their new creations under the identical terms. Please note that content linked from this page may have different licensing terms.