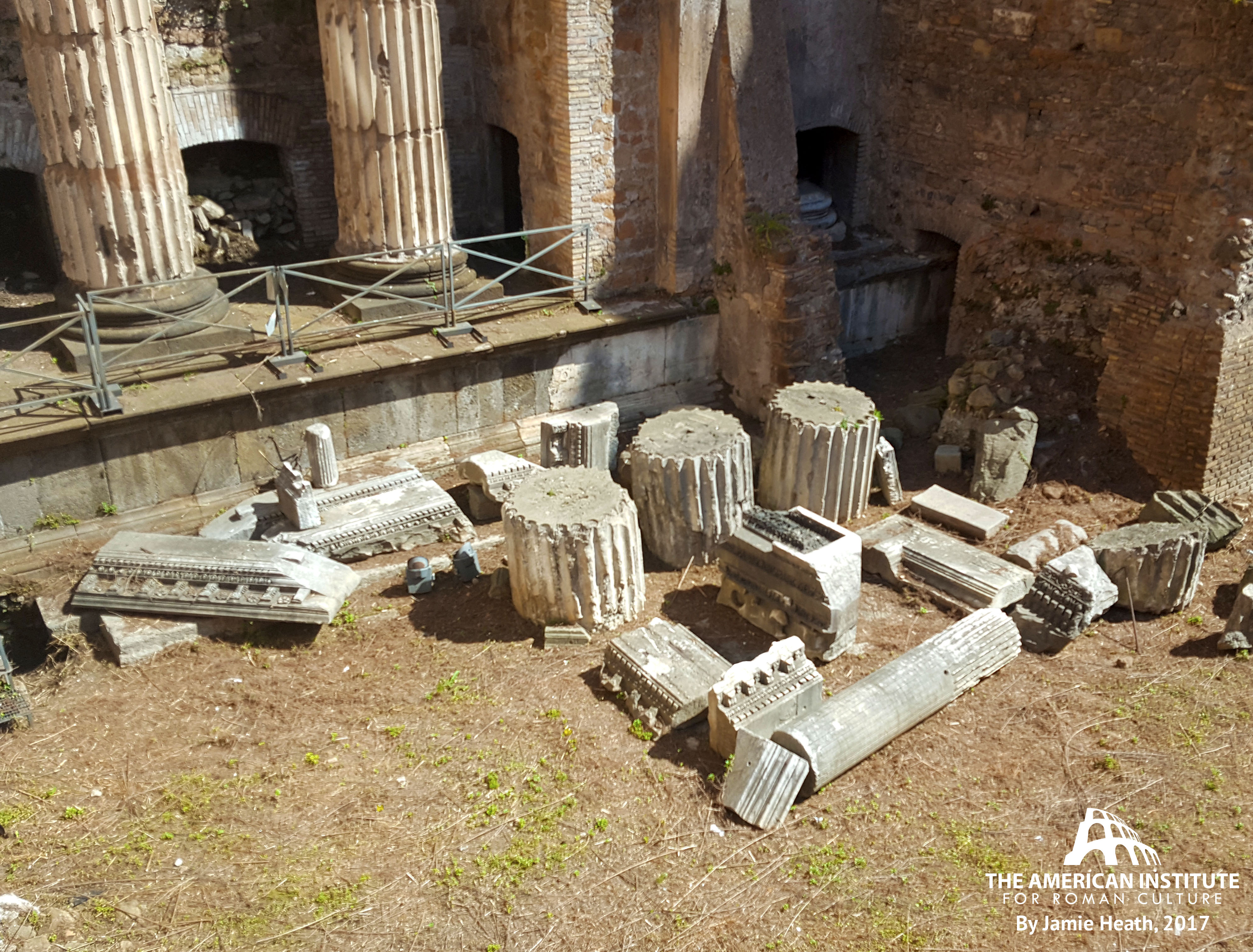 Temple of the Nymphs 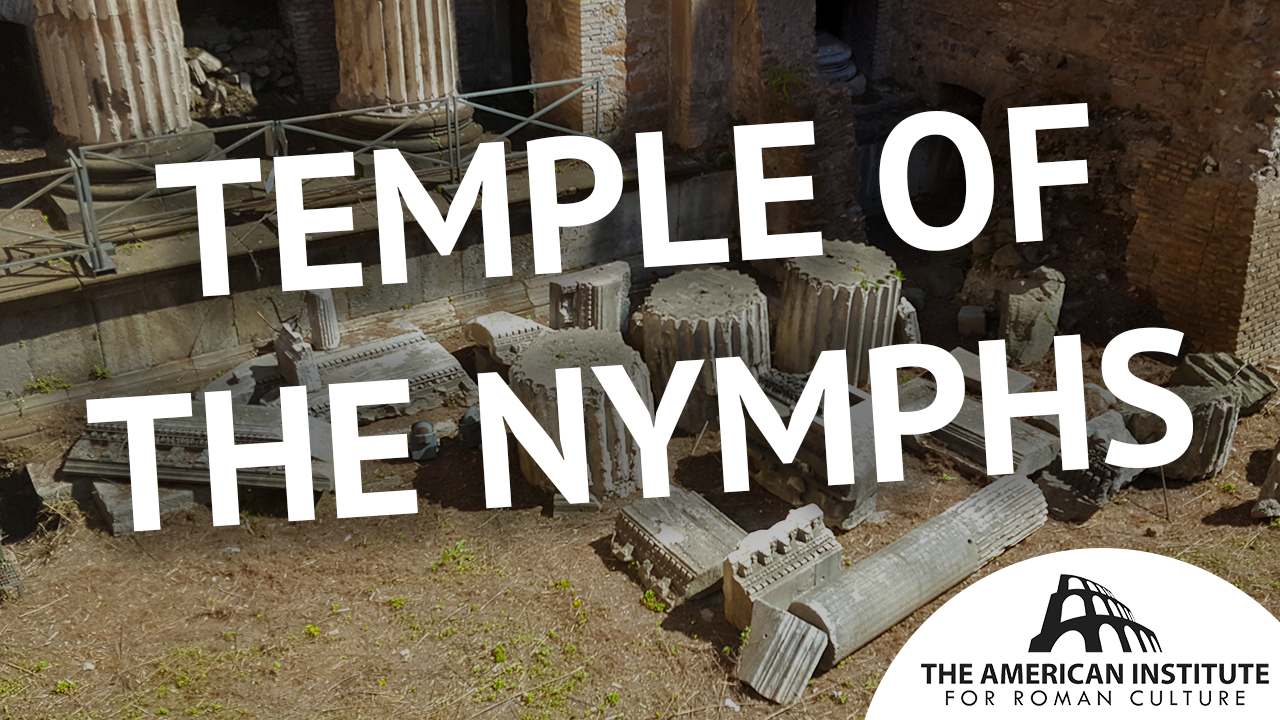 The temple remains visible on the Via delle Botteghe Oscure were discovered during the 1930s urban renewal project.  The two columns were re-erected in the 1950s on the temple podium. The column drums are travertine, faced with stucco to imitate marble column drums. A fragment from the marble Forma Urbis plan indicates that the temple was 40 X 27 meters.  The temple was located in a porticoed piazza that has been identified with the Porticus Minucia (110 BC), rebuilt after the fire of AD 80, which was used for grain distribution. The temple may have been the Temple of the Nymphs; another candidate is the Temple of the Lares Permarini.

In the medieval period, the southern portico wall was dismantled and eventually replaced by a road, that still exists today on the modern street level.  Further south, the outer portico wall of the Crypta Balbi theater complex still stands, and a visit to the Crypta Balbi Museo Nazionale, across from the temple remains, allows visitors to explore the history of the temple and Porticus Minucia and its relationship with the shops and life that revolved around Crypta Balbi.

Where in Rome is the Temple of the Nymphs? 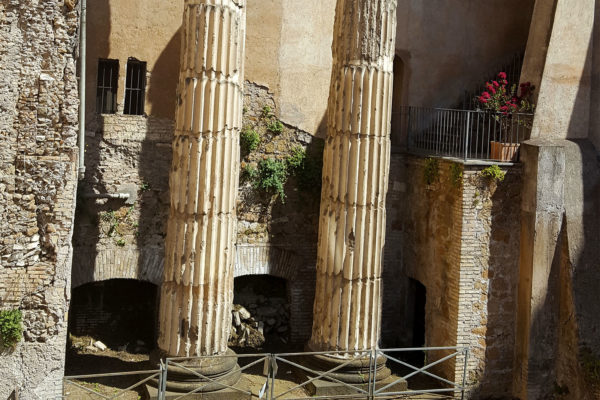 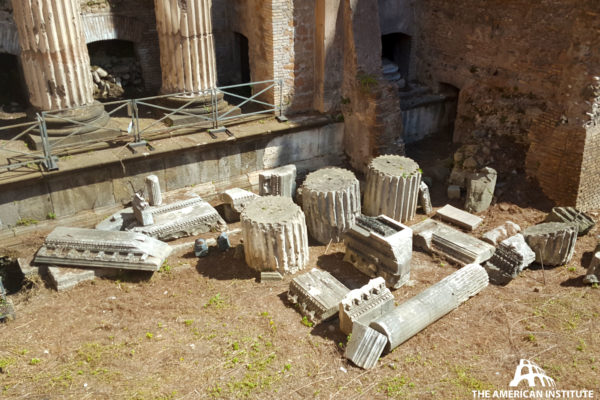 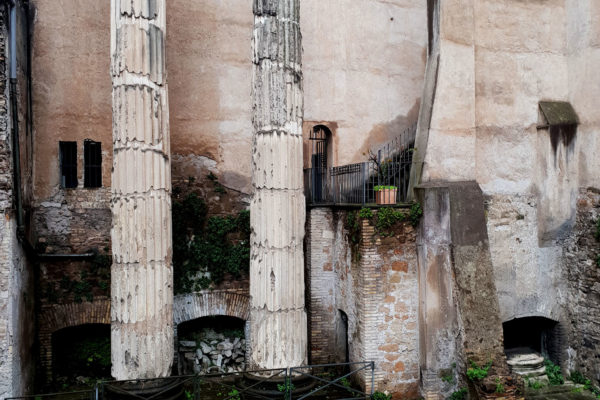 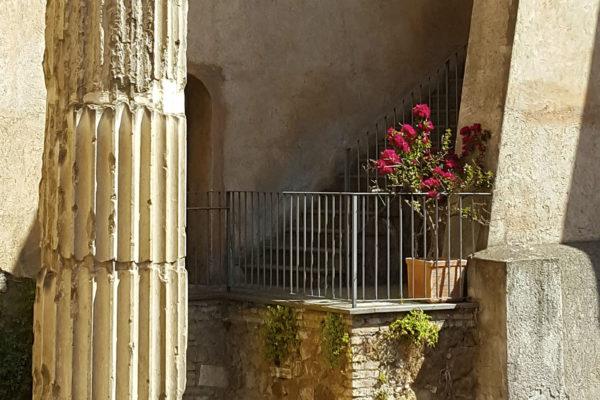