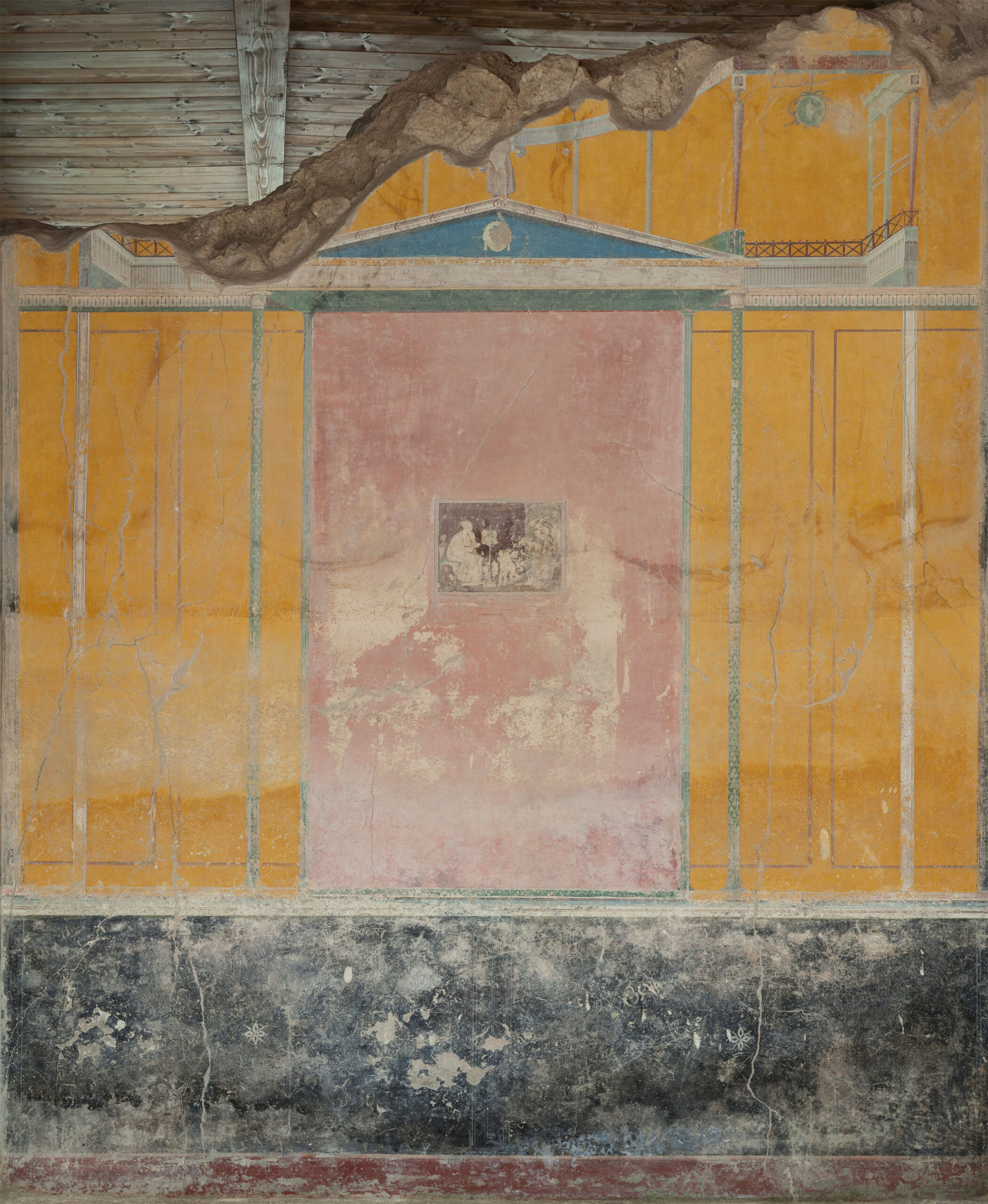 CITIES OF THE ROMAN EMPIRECONTRIBUTIONSDAILY LIFE IN ANCIENT ROME

The Seaside Villas of Stabiae – Who Were the Owners?

After the Battle of Actium (31 BCE) in the early Augustan age, even the ager Stabianus, like other coastal areas in the Bay of Naples, participated in the construction of luxurious villas of otium. The great majority of the Stabian villas were therefore built two or three generations later than the large residential complexes spread along the northern coast of the Bay of Naples.[1] During the excavations of the 18th century, six villas were identified along the edge of the Varano hill: Villa di Anteros e Heracleo (or Villa del Fauno or Villa Cappella di San Marco), Villa San Marco, Villa del Pastore, Secondo Complesso, Villa Arianna and Villa del Belvedere (fig. 1). Of these six villas, only four have been uncovered in the modern era, three of which can be visited today, Villa San Marco (fig. 2), Secondo Complesso and Villa Arianna (fig. 3). Villa di Anteros e Heracleo, Villa del Pastore and Villa del Belvedere are not in sight today. 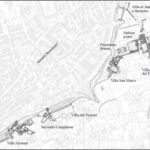 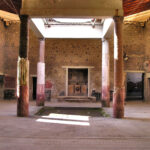 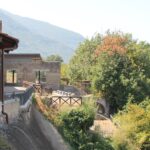 At present it is difficult to determine the names, the wealth and the social status of the owners of the villas at Stabia, as well as of all the other villas in the Bay of Naples.[2] The ancient literary sources very rarely recorded precise information. Moreover, it should not be forgotten that the large villas frequently changed ownership.

As for Stabiae, a known name is that of Pomponianus, who owned the villa where Pliny the Elder spent the night of the eruption. The social position of Pomponianus is not known, nor is the location of his villa at present.[3] As previously mentioned, Marcus Marius, a close friend of Cicero, was another potential owner of villas in the ager Stabianus. Marcus Marius is often cited as an owner of a villa at Stabiae, although Cicero’s letter may indicate that their neighbouring villas near Pompeii had views of Stabiae rather than from Stabiae.[4]

The recent excavations conducted by Fabrizio Ruffo in the small courtyard of Villa San Marco and in the building in the urban settlement of Stabiae may have revealed some useful clues as to the identity of the owner.[5] According to Ruffo, one of the most interesting archaeological discoveries is the close affinity between the recently discovered building, which is equipped with a thermal system, and the adjacent complex of the Villa San Marco. The two buildings have substantially identical entrance façades, share the same construction techniques and building phases and show close similarities in their interior decoration.[6] The masonry techniques, the floor and wall decorations, and the traces of the identified restorations, led Ruffo to date the great phase of renovation of the thermal building to between the Claudian and the Neronian ages, with a further phase of restoration still in progress at the time of the eruption in 79 CE.[7] All these similarities clearly pose the problem of whether, or not, to assume a direct relationship between the two complexes. According to Ruffo, it is possible to glimpse a single owner behind Villa San Marco and the Domus Panoramica (fig. 4), whose identity remains substantially unknown.[8] Domenico Esposito has tried to develop this discussion by introducing an important epigraphic document. At the time of the excavation inside the cistern 2 connected to the praefurnium of the thermal area, a fistula aquaria was found with the stamp NARCISSI/AVGVSTI L (fig. 5).[9] The stamp belongs to the libertus ab espistulis of the emperor Claudius.[10] According to Esposito, in addition to its chronological importance, the Narcissus stamp might clearly indicate the real identity of the owner of the Domus Panoramica. In fact, the genitive names that generally appeared on the stamps of these fistulae aquariae from the second half of the 1st century CE onwards, are commonly considered to be those of the owners of the pipelines and of the properties traversed by these fistulae.[11] 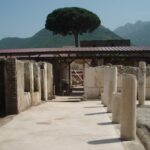 Fig. 4. The peristyle of the Domus Panoramica (photo Author). 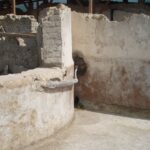 Fig. 5. The room 2 of the Domus Panoramica and the fistula (photo Author).

For Esposito the discovery of the stamp might prove that the complex was owned by Narcissus, or, more likely, that this building and perhaps the nearby Villa San Marco were part of a large imperial estate owned by one of the emperor’s freedmen.[12] This theory could further be confirmed by the fact that at both Villa San Marco and in the recently excavated area, roof tiles have been found that bear the same stamps: the most prevalent stamp is that of NARCISSI/AVGVSTI L.;[13] a second stamp, attested on a smaller number of specimens, is that of VERNA CLAVDI C S,[14] another character linked to the imperial court.

A second villa in Stabiae may have belonged to the imperial court or to the emperor himself. In the 18th century, a marble inscription (CIL, X, 773) of about 0.20 x 1.52 m, and a marble bust of a female member of the imperial family were found in the lararium of the Villa di Anteros e Heracleo.[15] The inscription, dating back to the Augustan-Tiberian age, is a votive dedication by two male individuals:

The inscription reveals that Antheros l(ibertus), and Heracleus summar(um), both magistri, have made a gift, probably the altar on which the inscription was inscribed, to the Lares and the Familia. An interesting fact, highlighted by Marici Magalhaes, is that both characters are referred to as magistri, probably workers for the cult of the Lares and the Familia, a very frequent occurrence specifically in the case of the imperial family.[16]

Magalhaes points out that in the inscription there is no reference to the gens they belonged to, suggesting that the owners of the villa were so well known that such reference was not needed.[17]

It is difficult to establish with certainty from these discoveries that the villa was one of the many imperial properties. However, it would at least have belonged to a gens of senatorial rank, whose servants and freedmen worshipped the Lares and the Familia. This hypothesis is confirmed by the size of the villa and by the fact that one of the servants, Heracleo, is also a specialist, i.e. a vilicus or dispenser assigned to the summae, who was tasked with administering and controlling the functioning of the domus.[18] Another important piece of information provided by the inscription is the reference to the role of magister, who presided over one of the private and domestic colleges formed through the aggregation of servants and freedmen of the same gens or of the imperial families.

As for the marble bust, the facial features and youthful complexion are those of a young girl of about ten years of age, but it has been difficult to identify her (MANN 6193). The first theory was put forward by Ettore Gabrici, who recognized the face as Livia’s.[19] Although there is no similarity between Livia and the Stabian girl, it must be said that she does have some facial features in common with portraits of the Julio-Claudian gens, in particular the slender, pronounced nose and the prominent chin, so much so that in the past the hypothesis has been advanced that this was the face of Antonia, mother of Germanicus and Claudius.[20] Among the latest to advance a theory is Alfredo De Luca, who considers it plausible that the face is that of Claudia Octavia, daughter of Nero.[21] The identification of the bust with a member of the Julio-Claudian dynasty would further confirm the theory that the villa was part of the emperor’s property and probably administered by an imperial freedman.

As for the possible names of owners of villas in Stabia, some interesting clues have emerged during the excavation conducted by the author inside cubiculum 89 of Villa Arianna (fig. 6). At the time of the excavation in 2010-2012, some graffiti (fig. 7) of particular interest were identified along the SE wall, which was documented by our work group and later studied by Antonio Varone.[22] In the first inscription the following is written: 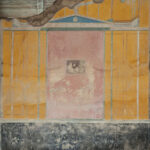 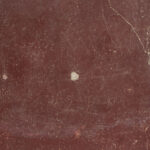 Varone points out that the most interesting datum in this inscription is that a Poppaeus, whose gentilitian is the same as that of Poppaea Sabina, wife of Nero, and whose name, Hymetus, designates him as a freedman and perhaps procurator of the manumissor. Hymetus lived in Villa Arianna, where he loved a Euhodia and a man whose name remains unknown.[24]

On the same wall as this graffiti and to the right of it, the following inscription appears, which mixes language and Latin and Greek characters, even in the same word:

The inscription reveals that another C. Poppaeus cohabited the villa for eight years with Hymetus, which is almost certainly intended to be the C. Poppaeus Hymetus of the previous inscription. The presence at Villa Arianna of two C. Poppaei for such a long period of time, almost certainly two conliberti, indicates that this villa, as has recently been strongly suspected in the case of Villa San Marco, could be the property of the family of the imperial court.[26]

[3] There is no other reference to this Pomponianus in the ancient written records except for Pliny the Younger’s letter to Tacitus: Plin. epist. 6.16.

[5] In recent years this building has been unofficially named Domus Panoramica.

[22] For more informations on the graffiti found in the new excavations at Stabiae, see: Varone 2014.

Cite this page as: The American Institute for Roman Culture, “What were the names of villa owners at Stabiae?” Ancient Rome Live. Last modified 03/05/2021. https://ancientromelive.org/the-seaside-villas-of-stabiae-who-were-the-owners/

Created by The American Institute of Roman Culture, published on 03/03/2021 under the following license: Creative Commons: Attribution-NonCommercial-ShareAlike. This license lets others remix, tweak, and build upon this content non-commercially, as long as they credit the author and license their new creations under the identical terms. Please note that content linked from this page may have different licensing terms.