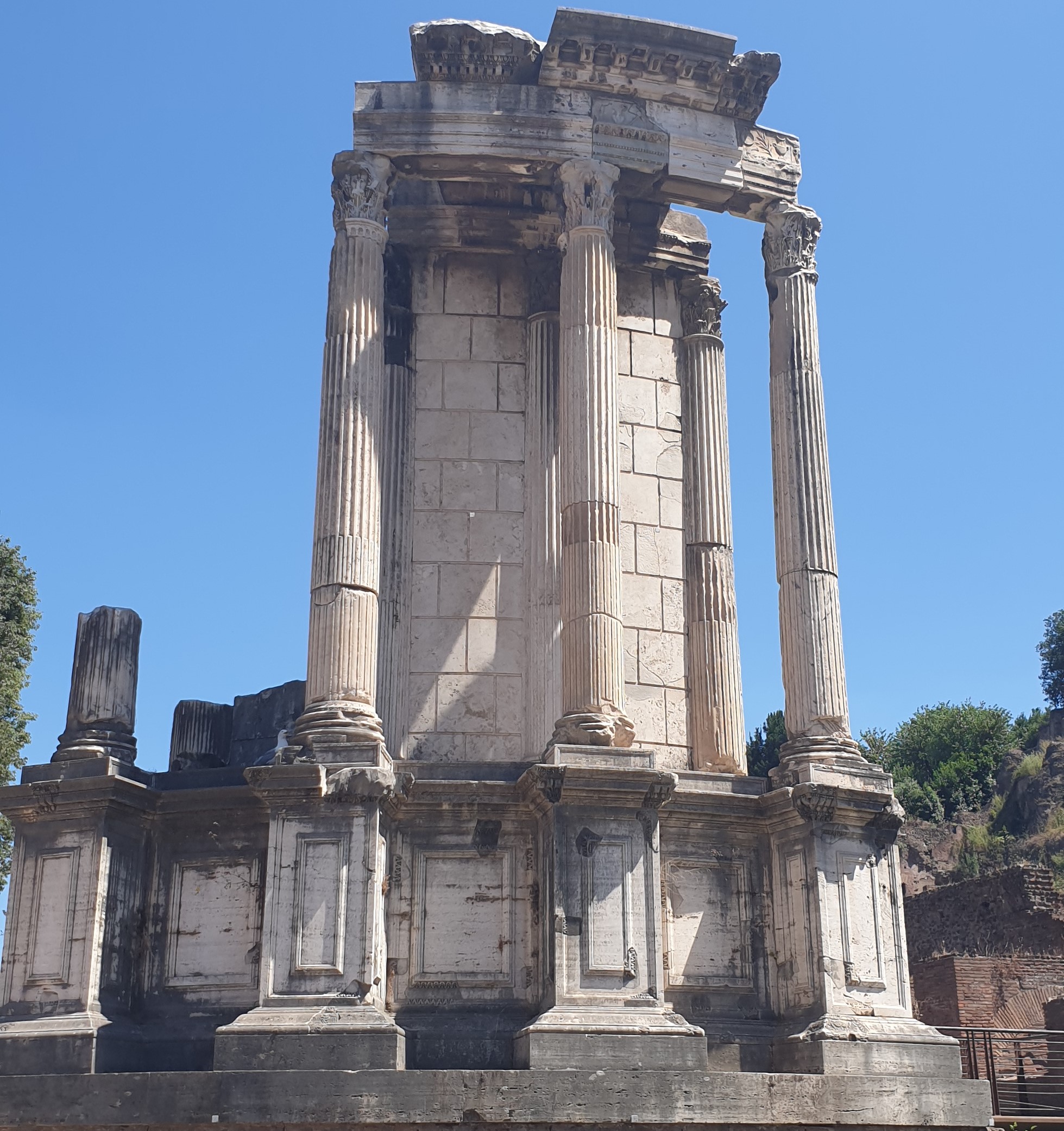 The house of the Vestal Virgins is one of the most famous sites in the Roman Forum area. Six Vestals cared for the sacred flame of the Temple of Vesta and many other sacred duties, for 30 years of service, under the guidance of the Pontifex Maximus.

The coins of Augustus (Cohen, Aug. 250-25 ), probably struck towards the end of Tiberius’ reign (BM. Tib. 142; cf. Introd. cxxxii, cxxxix; Num. Chron. 1917, 258, for dating), represent a round structure with a conical roof (of bronze, according to Pliny NH xxxiv. 13), standing on a base of three steps, with columns surmounted by Ionic capitals as is also the case on the Florence relief. The existing architectural fragments belong to the final restoration by Julia Domna, and these, together with the coins and reliefs, enable us to restore the temple with some degree of accuracy. The change from Ionic to Corinthian capitals seems to have been made during the first century, probably by the Flavians, but it is not probable that the temple of the third century differed materially from that of the first except in this respect and in the greater height of the podium. It was of white marble, peripteral, with twenty columns connected by metal gratings. The roof was dome-shaped, with an opening in the centre for the exit of smoke of the sacred fire. This opening must have been protected by metal work of some kind, which would allow the entrance of light. There are indications of at least one window in the cella wall. The shafts of the columns were fluted, 0.51 metre in diameter and about 4.45 in height. The door was on a level with the top of the podium, and not approached by steps as on the coins of Augustus. 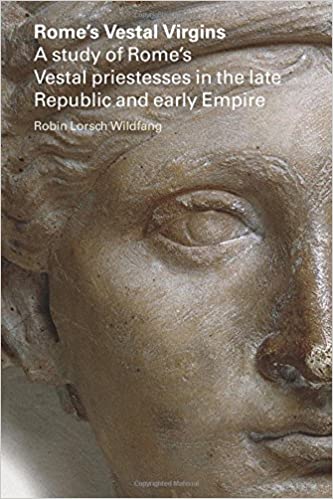 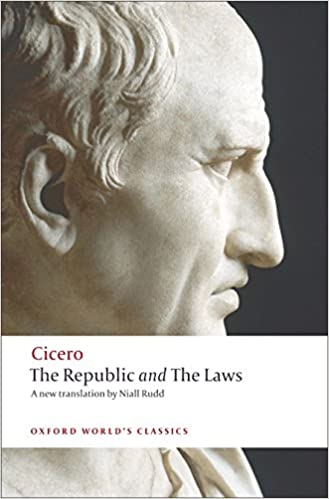 The Republic and The Laws (Oxford World’s Classics) Reissue Edition 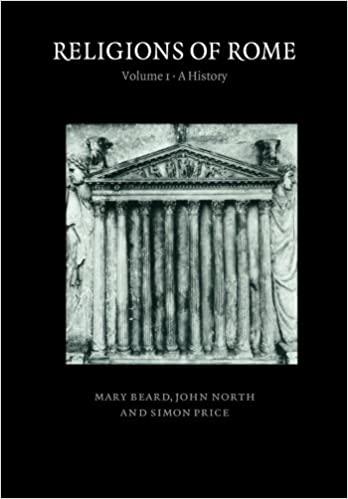