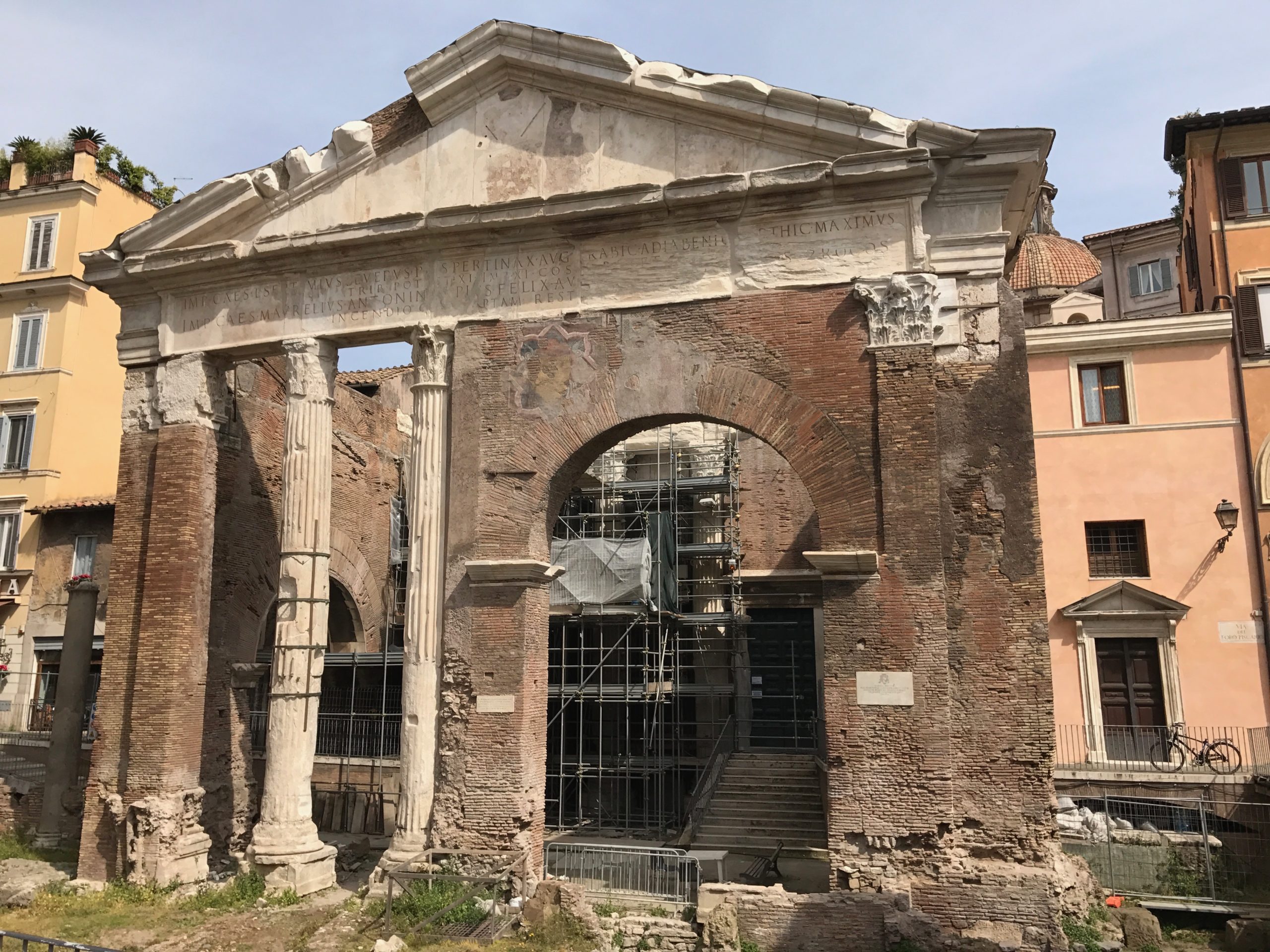 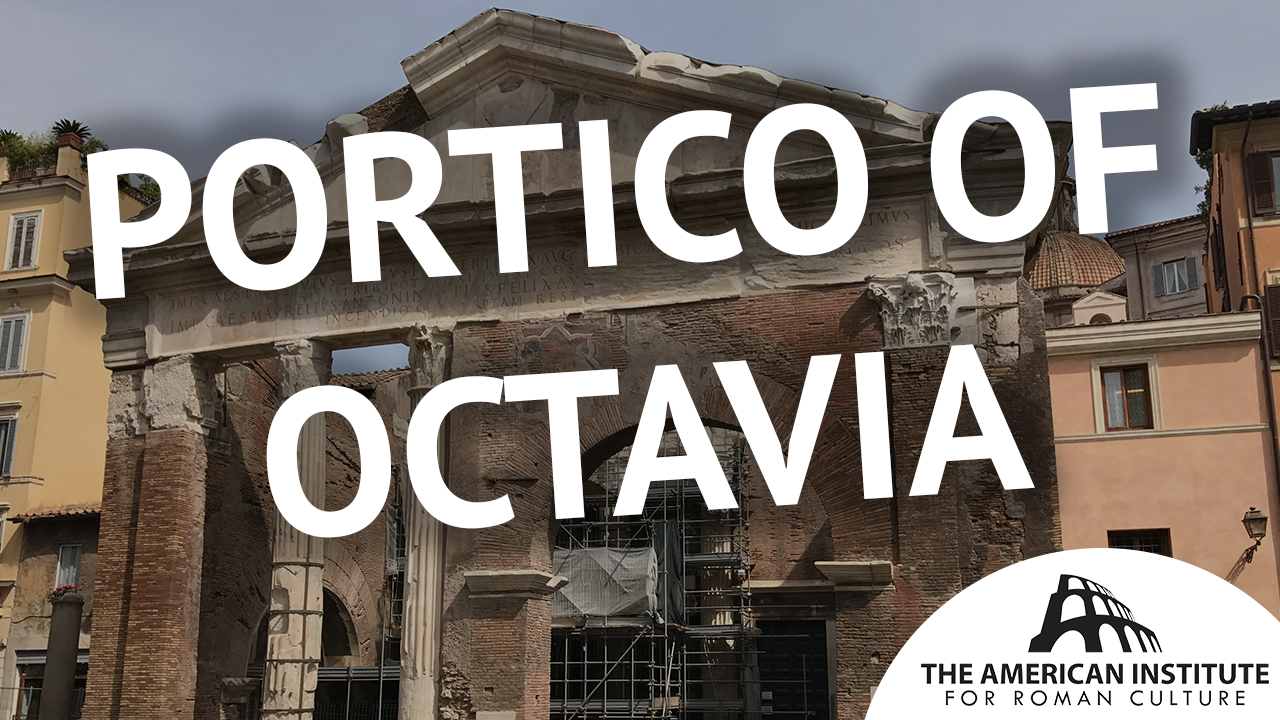 The Portico of Octavia is a temple complex in the Circus Flaminius area constructed by Octavia, Augustus’ sister.  It was comprised of a square piazza 100 X 100 m surrounded by porticoes, with a central gate facing the circus piazza.  Inside there were 2 temples: Jupiter and Juno. The impressive remains of the propylon gate that are visible in the Jewish Ghetto today belong to a Severan-area rebuilding, after a fire, as documented in the propylon inscription (CIL 6.1034).  The entire premise for Octavia’s construction was to replace the first structure on the site, the Portico of Metellus, which included the first marble temples in Rome, dedicated to Jupiter and Juno after his victory in Macedonia.  Another noteworthy monument was the bronze equestrian statue group of Alexander the Great and his Companions, brought by Metellus as a war trophy (Velleius, History, 1.II.3-5).   They were noted as having survived and being on display in Octavia’s and Septimus Severus’ monuments.

This porticus is represented on the Marble Plan (frg. 33). It enclosed a rectangular area, 118 metres in width and somewhat more in length, and consisted of a colonnade formed by a double row of granite columns, twenty-eight in each row in front. The main axis ran from north-east to south-west, and the principal entrance was in the middle of the south- west side. This entrance, of which some ruins still exist (Bull. d. Inst. 1878, 209-219; BC 1887, 331; 1890, 66-67; Mitt. 1889, 264-265; NS 1912, 153), had the form of a double pronaos, projecting inward and outward. Across each front of this pronaos, between the side walls, were four Corinthian columns of white marble, supporting an entablature and triangular pediment. The entablature and pediment and two of the columns of the outer front still exist (the other two have been replaced by a brick arch, perhaps after the earthquake of A.D. 442), and of the inner front two columns and part of the third, with portions of entablature and pediment. The height of the columns of the pronaos is 8.60 metres. Some of the marble antefixae at the lower ends of the ridge tiles also exist. Parts of some of the columns of the south colonnade are also standing, and some of their capitals are built into the walls of neighbouring houses (HJ 541-544; D’Esp. Mon. ii. 131-133; Fr. i. 65, 66; ZA 225-231). For the entasis, see Mem. Am. Acad. iv. 122, 142.

Where in Rome is the Portico of Octavia? 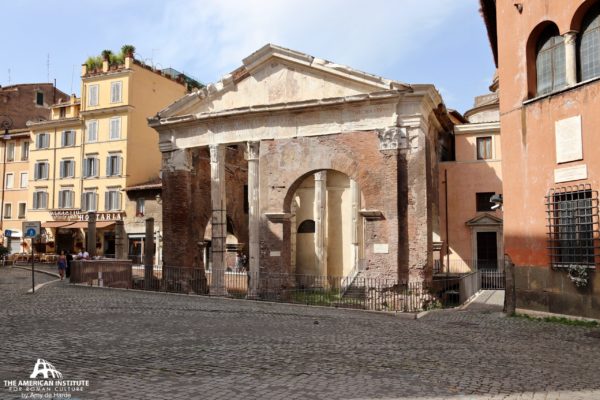 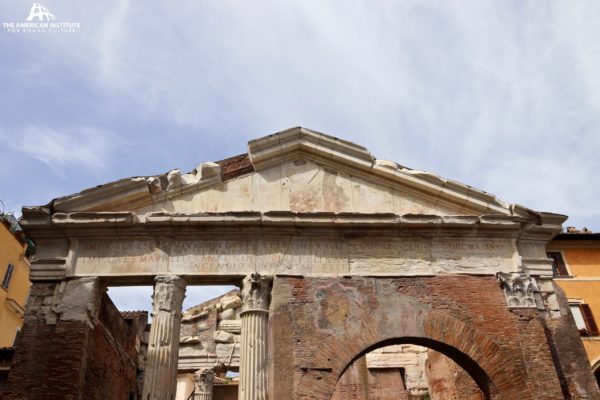 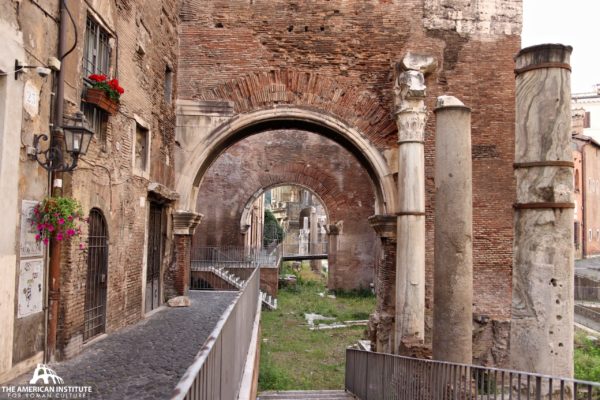 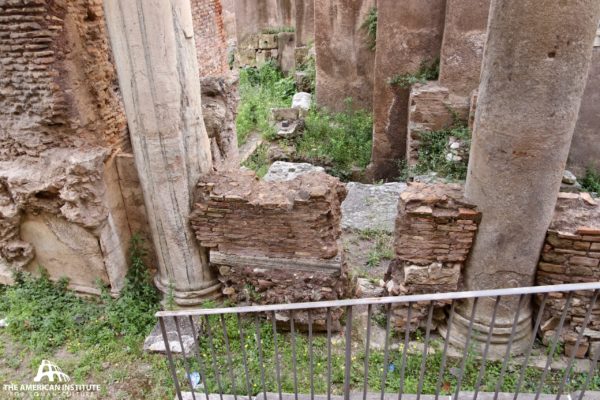