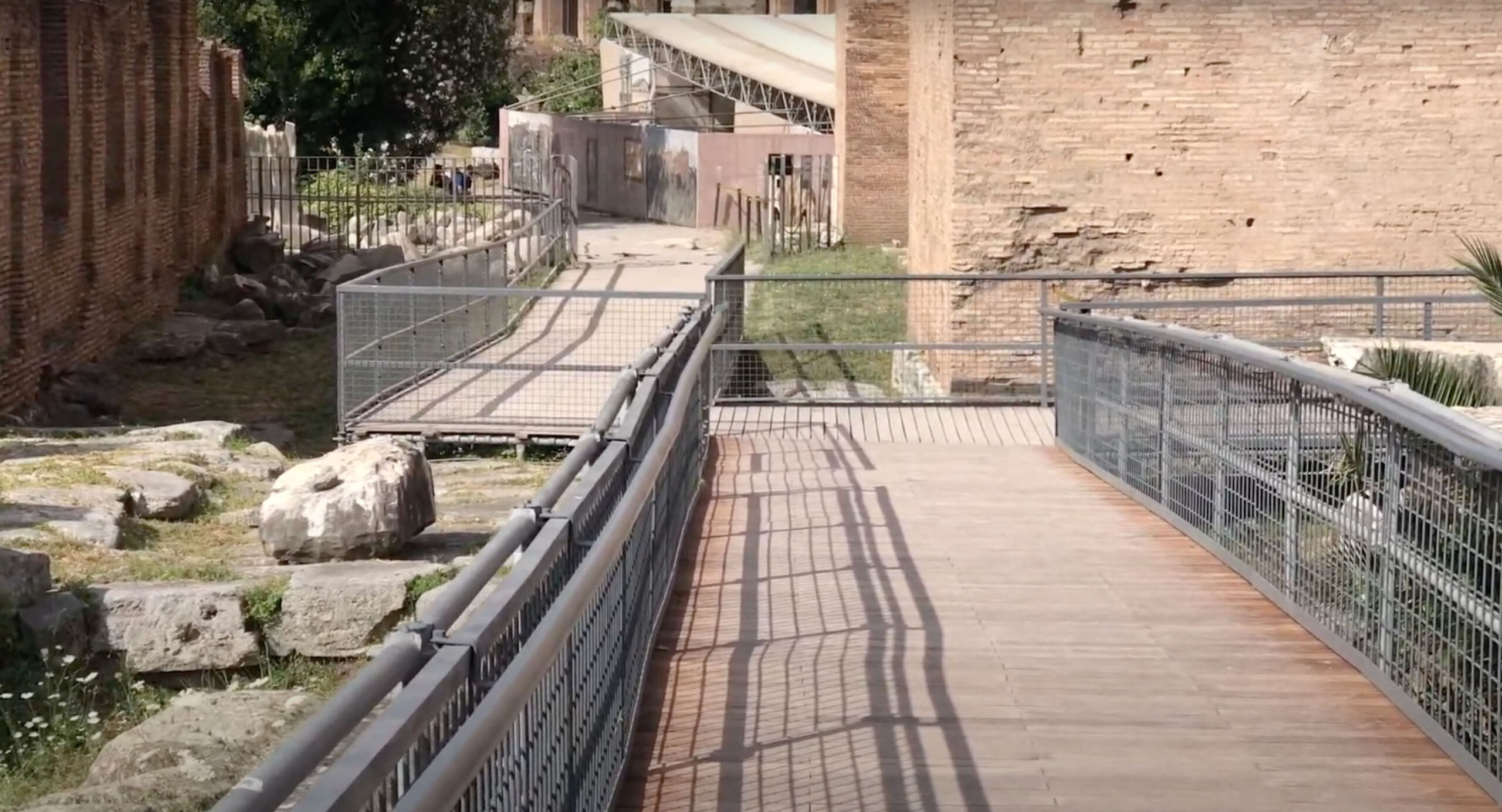 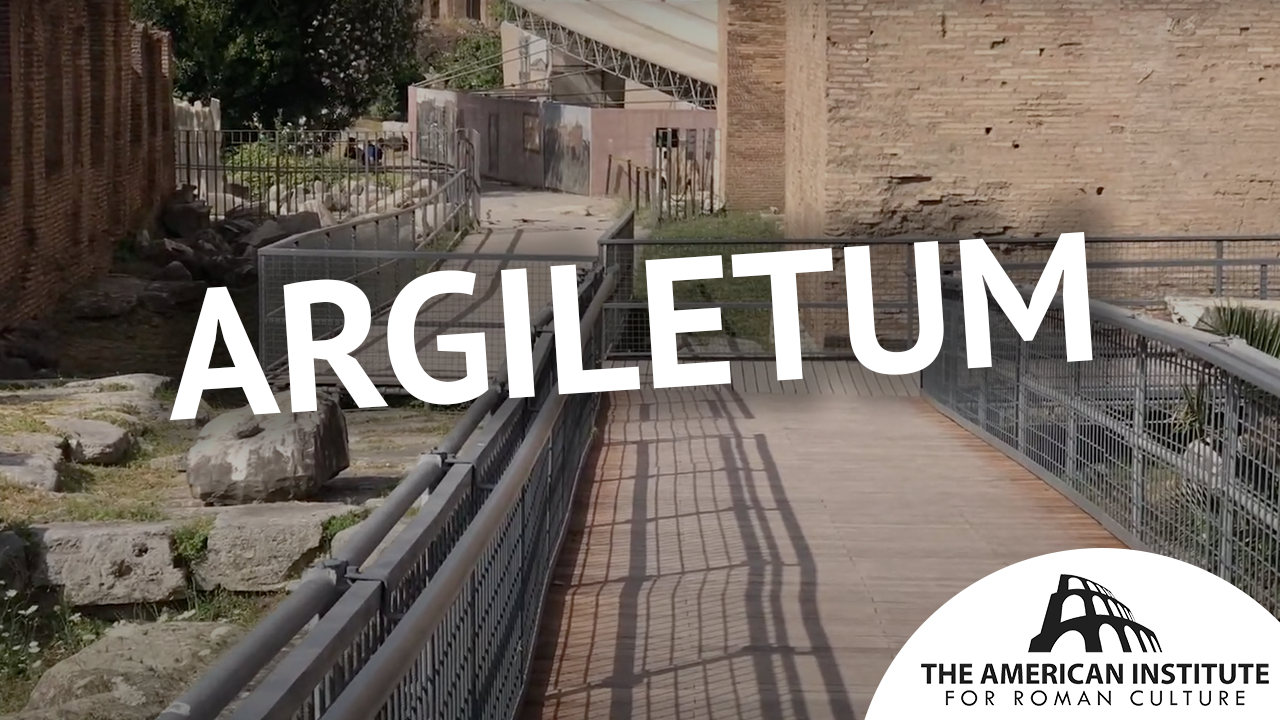 An ancient road, the Argiletum led you into the forum from the Subura, Rome’s crowded slum district. The road was lined with booksellers and cobblers, according to Martial. Domitian made the roadway into a narrow forum, the Forum Transitorium, ultimately dedicated by Nerva in 97. This arcaded street (with a Temple of Minerva) was a truly magnificent entry into the Forum Romanum.  It concluded between the Basilica Aemilia/ Paulli and Curia Iulia. Beyond it you had a perfectly framed view of the late third/ fourth century AD (Diocletianic) column, later called the Column of Phocas in your sightline for the entire walk down the road. Wheel ruts are still visible by the still standing columns, known as “le Colonnacce.”  The remains of a 9/10C house sits in the middle the roadway, found in the 1990s excavations, a sign of how much Rome had deteriorated in the medieval period.

Where in Rome is the Argiletum?

Created by The American Institute of Roman Culture, published on 08/07/2020 under the following license: Creative Commons: Attribution-NonCommercial-ShareAlike. This license lets others remix, tweak, and build upon this content non-commercially, as long as they credit the author and license their new creations under the identical terms. Please note that content linked from this page may have different licensing terms.