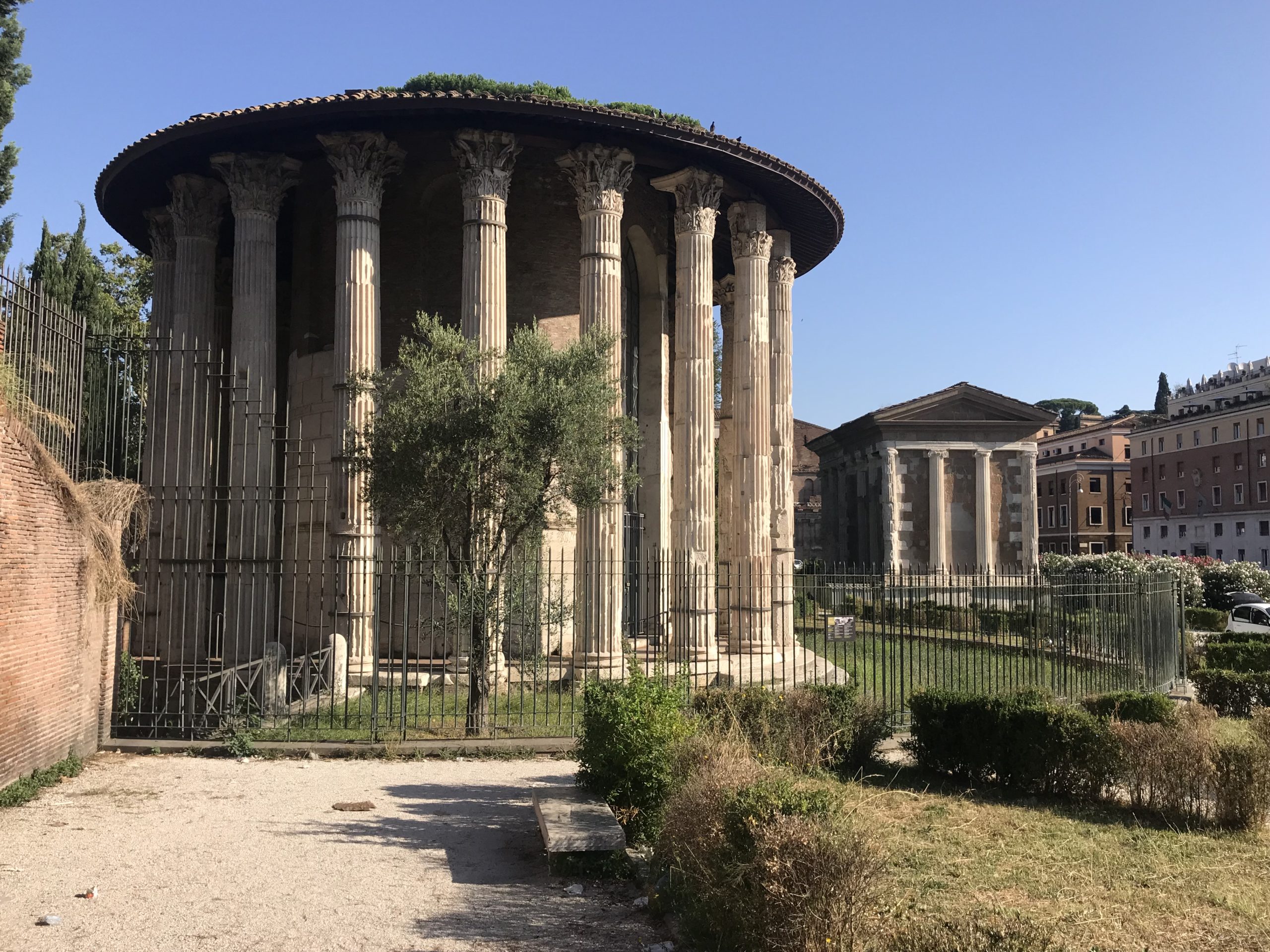 When you walk around Rome you constantly see sites and monuments constructed hundreds if not thousands of years apart juxtaposed but located at various street levels, even with 10 to 20 meters difference.  Usually the oldest structures are lower, if not in isolated pits, like the temples in Largo Argentina and the Roman Forum. What is that?

We say constantly that Rome is built on layers, with the oldest at the lowest height. With the passing of time, with reconstructions, with debris from fires and all too frequent flooding, the Romans often artificially would raise their city upward, in particular, in the Campus Martius, which was a floodplain.  At the same time, many ancient monuments remained in use or were partially recycled, so that they remained accessible and escaped burial or total destruction.

The actions throughout the city and on the hills, to place one newer monument on top of an older one, levelled off to serve as a foundation or reutilization of walls or foundations, was not consistent, so the appearance of widely-ranging period buildings can be confusing.

Still, we can get a sense of these activities as we make our way through the city.

Purposeful dumping in the medieval period led to the formation of Rome’s “monti’ such as Monte Cenci in the Renaissance-era Jewish Ghetto and Montecitorio, the refuse heap on which the building of Italian parliament rests.

Stand-outs from Antiquity include the formation of Monte Testaccio, a massive dump of amphorae fragments and the very clearly delineated meter high dump on the Vicus Iugarius in AD 1000, between the Basilica Iulia and Temple of Saturn.  The older imperial drainage had gone out of use and at the same time, life went on, with the construction of a contemporary house atop the ceramic and debris dump. In a similar period, a massive dump of material was strewn over the piazza of the Forum of Trajan, to make way for the creation of plots of land for orchards and farming.

As the city’s population shrank in the Medieval Ages, what survived either served a purpose, like the conversion of monuments like the Pantheon, Curia, and Temple of Faustina and Antoninus Pius into churches, living quarters (Colosseum, cavea of Theater of Pompey) or fortifications (Arch of Septimius Severus, Theater of Marcellus), or simply a quarry for building material.

Major city overhauls during Rome’s Unification period and Fascist urban renewal revealed more clearly the incongruence between the dated monuments and newly constructed neighborhoods and roads.  Wiping out whole Medieval period structures to reveal older, buried structures left Rome with many archaeological sties at a much lower ground level, but underlying to the passerby that there were, indeed, many Romes throughout more than two millennia.

Where can you find the layers of Rome?