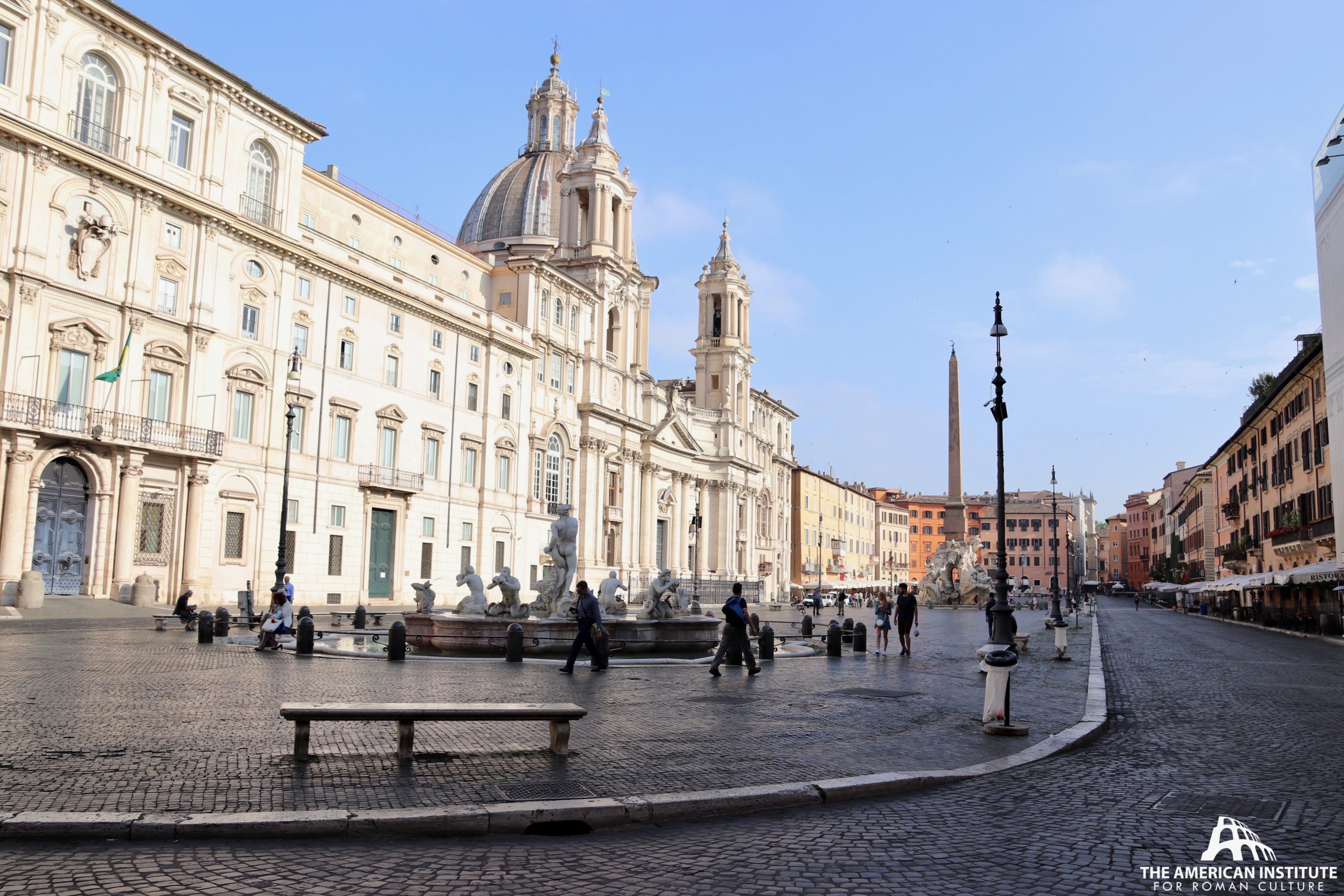 The structure was massive, holding up to 30,000 spectators on two levels, seated along the track almost 200 m long X 50 m.  The structure was 275 m long, 100 m wide, and up to 20-30 m high. When the Colosseum was damaged in a fire in 217, the stadium was the replacement venue for gladiatorial competitions for a number of years.  In the medieval period, people began constructing atop the seating, leaving the arena empty, and eventually there was the construction of 17C Pamphilj Palazzo and S. Agnese Church (saint who was martyred in the stadium).  Some of the ancient substructures on the northern end were revealed during the 1930s.

The piazza boasts three magnificent fountains.  The central one is Bernini’s Four Rivers Fountain (1651) that reuses the obelisk from the Villa of Maxentius. 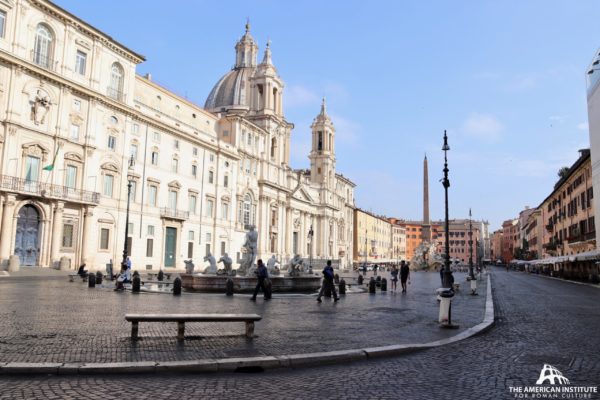 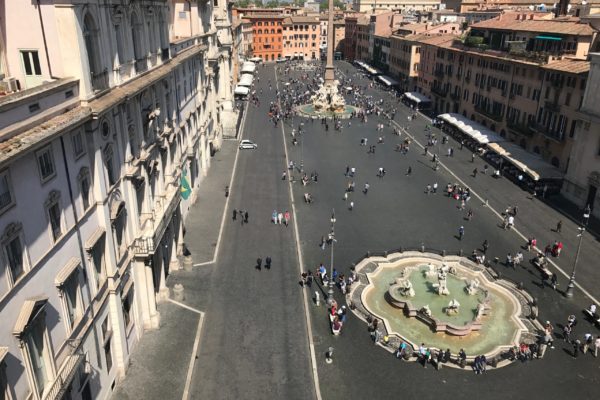 Where in Rome is Piazza Navona?